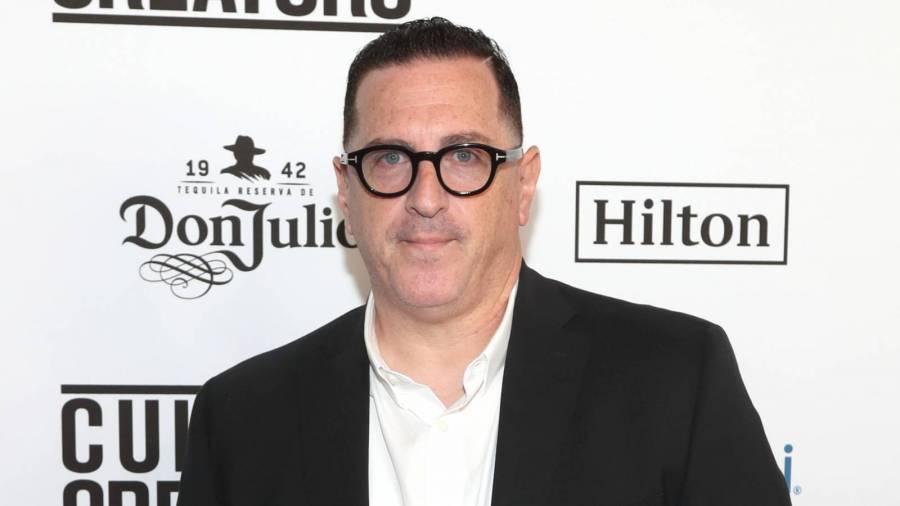 During a recent episode, he chopped it up with the inimitable Method Man who spoke candidly about his childhood, marriage and place in Hip Hop culture. At one point in the interview, the Wu-Tang Clan powerhouse mentioned he’s actually married to U-God’s sister, which blew Serch away.

“The crazy thing with the Method Man interview is he met his wife when they were in middle school and they started dating in high school, and U-God is his brother-in-law,” Serch tells GroovyTracks. “I don’t think a lot of people know that. I was like, ‘Oh shit!’ You were dating you U-God’s sister.’”

But to Serch, that wasn’t even the most interesting part about the conversation. Meth also talked about how much he respects Inspectah Deck and revealed he was on his list of Top 5 MCs. In fact, he was the only person on the list.

“To me, Inspectah Deck is one of the most underrated MCs of all time,” Serch says to which Meth replies, “Facts.”

Meth continues, “I think a lot of the appeal to Deck is … remember back in the days, before videos, and you heard an MC, you had to kind of … you never knew what they looked like, all you could focus on was the words. I think if Deck came in that era right there where all they could focus on was the words and not the spectacle of what’s going on around him, he would have blew up much more than he did.

“And the fact that, interview wise, he chose to step back and let other brothers do the talking and he did the action part of it, which kind of worked as far as his persona. He’s very well respected but when you think of Wu-Tang, honestly his name doesn’t come up first. But when you think iconic verses, his name is coming up first.”

Meth then surprised Serch again when he said Cappadonna essentially showed the rest of the Wu how to rap.

“I grew up with Deck so I knew Deck was nice for the longest, the same way I know Capp was nice,” he says. “People frontin’ on Capp and shit, but Capp damn near taught all of us to rhyme and shit. He was doing that way back before we was even thinking about fuckin’ rhymin.”

With a shocked look on his face, Serch asks, “Who are the others in your Top 5, dead or alive?” to which Meth replies, “Nobody. Deck. Deck. Deck. Deck. Fuckin’ Deck. My shit might change in the future but right now, my Top 5 is Deck.”

Serch launched The Serch Says Podcast roughly one month ago, which lives under the umbrella of his podcast company, the Timeless Podcast Company.

“We just closed our deal with The Orchard and Sony for our entire podcast company,” Serch reveals. “We’re going to be creating Timeless Podcast content with Sony and with The Orchard for stuff just like this.”

Saturday, May 30, 2pm ET, @wkamaubell joins us on the Serch Says podcast. FB.com/mcserch

Meth — who apparently also goes by “Shotgun,” a childhood nickname given to him by his father’s best friend — talked about his upbringing and how his mother would often whisk him away to her home state of Indiana because she’d had a fight with Meth’s father.

“We have a research team,” Serch says. “Our podcast, I really mirror it the way Howard Stern runs his show. We have people that do pre-interviews before the artists come up and do their show. We do a lot of research before every show so that when they come on to the show, we’re not asking the dummy questions like, ‘Where are you from?’ — all the things that make me as a listener cringe like, ‘Jesus. Really?’ We’re having this conversation.”

He adds, “There were just little things for me, too. Even though I knew it, I never heard Meth say ‘All I Need’ was written for his wife.”

When Serch brought it up in the interview, Meth replied, “Everybody know what. The premise speaks for itself but in the long run, yeah, it’s received a whole hell of a lot better when you personalize it, so absolutely it was written for her. I don’t put too much emphasis on me and her’s relationship, because like I said, I’m an introvert. I like to keep some thing personal and I know that it’s real when it’s not underneath public scrutiny.”

“I never heard him say it,” he explains. “I always thought it, but I never heard him say it. Those were the things that I wanted to really get out of the Meth interview. I really, like him saying he doesn’t see himself as an MC anymore. His passport says ‘entertainer’ because he sees himself as an entertainer. He takes his acting seriously. That interview, it’s 90 minutes. It goes by in like five minutes. I’m like, ‘Damn. I could have literally sat there another two hours and talked to him.’” 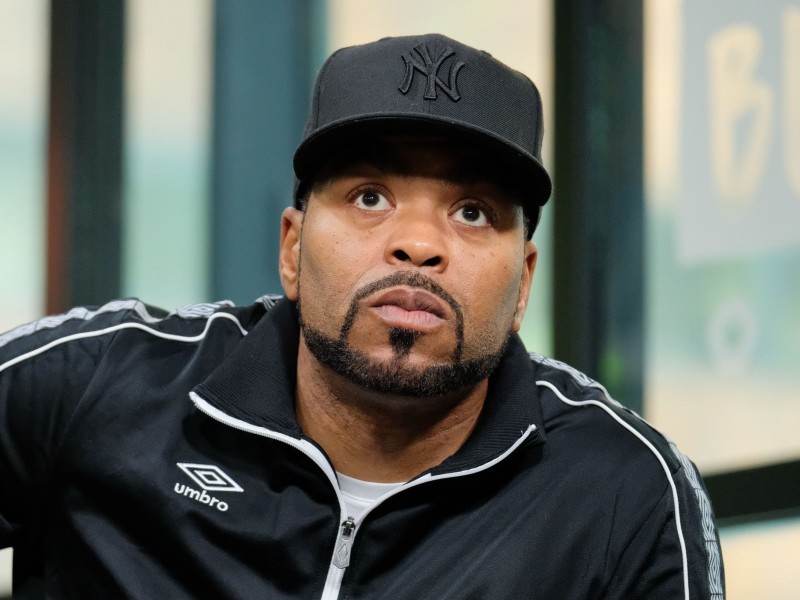 The Method Man episode of The Serch Says Podcast premieres on Saturday (June 6) from 2 p.m. to 4 p.m. EST. It will then air every Wednesday from 10 p.m. to midnight EST beginning on June 10.

“I want the podcast to really symbolize everything that I love to do,” Serch adds. “That’s why I went into radio. I love entertaining. I love Hip Hop, but I also love culture. I love politics. I love entertainment. I love talking to people and finding out the weird thing. Who the fuck knew Tom Green is a Hip Hop guy? Joe Rogan is a fan of mine. I

“I find all of this wild. Jon Cryer … it’s just wild. That, to me, is the great part of the culture. It’s peace, unity, love, and having fun. That unity part, that peace part and that love — that’s what the podcast is about.”