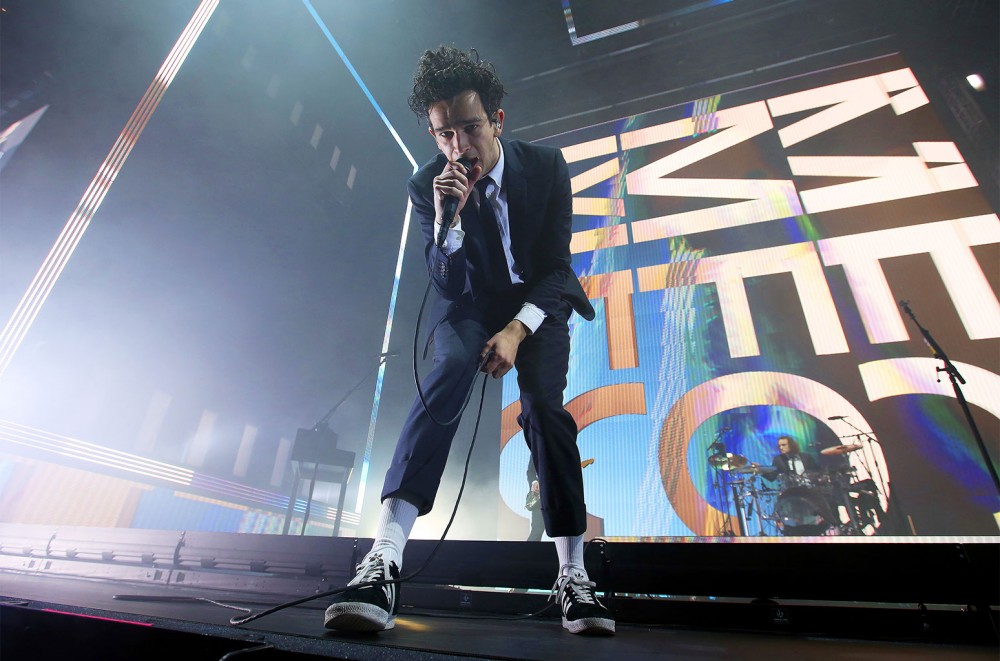 Matty Healy gave fans an update on The 1975's upcoming fourth album on Monday during an Instagram Live video, revealing that Notes on a Conditional Form will take just a bit longer. "Sorry to f–k you about," Healy said during the clip according to the NME, as he noted that the album is being pushed back from Feb. 21 until April 24.

"We have been finishing our album, so we've been very busy. It takes like three months or something to physically make a record on vinyl so it comes out on the 24th of April, I think," he said. "Sorry if that's annoying or whatever." A spokesperson for the group confirmed the new release date.

Don't fret, though, as Healy said that in the grand scheme the slightly longer wait "doesn't really make a difference," promising that the band is "really proud" of the album and that they "love it." The good news is that fans will hear four more songs before the 21-track effort drops in the spring, including "Me & You Together," which will debut on BBC Radio 1 on Thursday (Jan. 16). According to Healy, there will be an additional track roll-out in February, a third in March and one more before the album drops.

The upcoming album is the follow-up to 2018's A Brief Inquiry Into Online Relationships. Among the songs released so far are "Frail State of Mind," "People" and the opening instrumental, which features clips of teen climate activist Greta Thunberg. In December, the band rescheduled their planned European tour to finish the album.