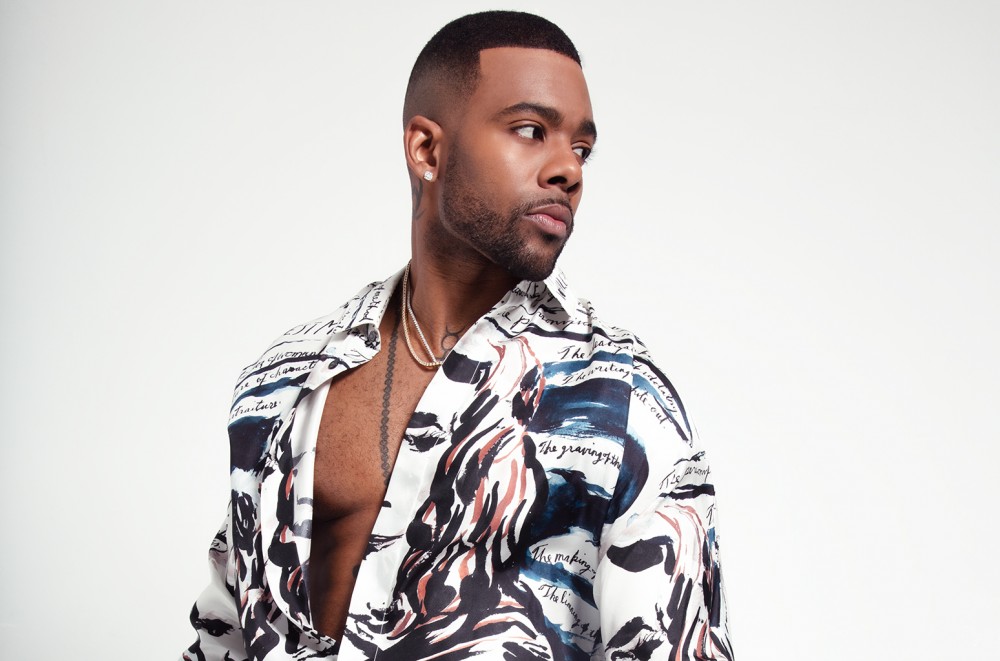 After wooing teenagers with the puppy love-themed singles "Just a Friend 2002" and "Braid My Hair" from his self-titled 2002 debut, Mario was feeling the pressure to live up to that success as he began working on his sophomore album.

The R&B singer, who was turning 18 at the time, was transitioning from being a teen star to a young man who wanted to make more mature R&B music. In comes "Let Me Love You," the lead single from 2004's Turning Point, which not only reflected Mario's personal growth — but proved that his talent could stretch beyond the urban market.

Helmed by mega-producer Scott Storch and co-written by a then-rising Ne-Yo, Kameron Houff and Storch, "Let Me Love You" is an uptempo, soulful ballad whose production perked the ears of longtime classic R&B fans as well as pop lovers. The single quickly became Mario's biggest hit to date: It earned the singer his first Grammy nomination for best male R&B vocal performance, was certified platinum by the RIAA and topped the Billboard Hot 100 for nine consecutive weeks in 2005.

Now, 15 years after the song's multiple accolades, Mario and Storch have decided to recreate the magic. They reunited in the studio to record a new edition of "Let Me Love You," which will be released on Valentine's Day as part of a romantic holiday bundle (chocolate-colored CD and digital download). Ahead of the official release, Billboard is exclusively premiering the "Let Me Love You" anniversary edition Thursday (Feb. 13).

"I think fans should embrace [this new version]," Storch tells Billboard. "Those who loved the record when it was out should still love it. There's also so many young ears in this new generation that don't know these huge, monumental songs. So reintroducing it to a new generation will extend its life even longer."

In a Q&A with Billboard, Mario and Storch reflect on the original song's impact on R&B and why they decided to re-record the single.

Take me back to that first day when you all were in the studio getting ready to record.

Mario: Myself and Ne-Yo were growing in our industry stages — Scott already had hits already, and was at the top of his career. Ne-Yo didn't have hits just yet, but this was going to one of the biggest records of his life. And with me going into my second album, people were looking, like, "Can he do it again?" and "At 18, can he make another hit?"

Going from a child star to being a young adult is a very hard transition, and "Let Me Love You" introduced me to the world as a young man. It was during a time where people were trying to figure out what was the new phase of R&B, and I think it set up a playing field of what R&B could be in the pop world, but still be cool and urban. A lot of artists later used it as a blueprint, and it still works to this day. When I listen to people like Khalid, it's reminiscent of that type of sound. It's been a while since an artist really honed in on that lane.

Storch: We were all in the studio at the time. There was also another writer, who's also one of my best friends, named Kameron Houff who helped with the melody. He played an integral part in this record so I want to make sure he gets his due credit. Ne-Yo and I are great friends and we've worked on a bunch of stuff together back in the day. And Mario executed it so effortlessly; he's such a talented guy and he has such control with intricate melodies. That kid was born with a beautiful, God-given voice and it's one of my favorites I've ever worked with.

Mario: I was working with Scott Storch for about two weeks in Miami. There were parties every night, and girls everywhere… anything you can imagine in a Scott Storch movie, mixed with my newfound fame, was there. So most of the records on that album are uptempo club records. When Ne-Yo came in, we were like, "We actually need to make some R&B songs for the ladies."

I remember having a conversation with him about trying to get the girl. Back then you'd meet someone who's genuine, but now you have too many options! All the girls that I do like, they have boyfriends! So I gotta wait 'til he messes up so I can come in. [Laughs.] But that's the beauty of the song; there's so many parallels to it. I didn't quite understand when I was singing it at 18 years old what it really meant to the world. It spans across all generations and countries, and that's a very special experience. Music is such a powerful tool to communicate love.

Now that you're older, do you look at the song in a different lens?

Mario: Oh 1,000 percent, man. I've been on both sides of the song: the guy f–king up and the guy coming in to show a woman the way she's supposed to be loved. I can sing it now with a completely different experience and emotion, which is in part why I wanted to re-record the song.

I think we're in a special time now, where owning your art is such a strong stance to take, because artists are taking back their power. Not to say that some of us haven't had big distribution partners, but now we're getting paid more for our art and being appreciated for it. I felt it was a good time to use the platform of the song's success to tell the story of ownership, where both the listener and artist feel empowered.

Storch: It's a song that's aesthetically pleasing to one's ear. It's such a good melody and there's a warmth and richness to it. And when you least expect it, the song explodes into this Michael Jackson Off the Wall-esque bridge that shows real musicianship. When you listen to a song, it's all about how it makes you feel. If it makes your hair stand up, then it's doing its job.

To me, the original song is near perfect — from the production to the lyrics. It's almost sacrilegious to re-record classics!

Mario: Yeah, I know. [Laughs.] I'm a little nervous about it, I can't lie. Some people might hear it and prefer the younger-sounding version. But for me, it's different sides of the same coin. [The re-release] is more updated, modern and personal. I mean the words a lot differently now. When I went back in the studio with Scott, we wanted to keep the heart of the song the same, but bringing forth a new energy.

Storch: When Mario approached me to do this, my instructions were not to change this record — none of us did. We just wanted to sonically improve it and make it sound incredible.

Did it feel different going back in the booth this time around?

Storch: It was an incredible session. "Let Me Love You" is one of my favorite records from my catalogue. It's one of those songs that just happened magically. It's rare when you stumble upon this amazing melody. We'd love to make a "Let Me Love You" every time we go into the studio, but it's definitely a special one.

Mario: When we originally recorded the song, the engineer lost the whole session — I mean everything. I had to go back to Miami and redo it all over again. The second time around, I had been living with it so I knew it like the back of my hand. So I just did three takes. I can't say if the original version sounded better; who knows? But it happened for a reason. That's the only song in my entire career that happened like that.

Well that probably happened for a reason, because it became your biggest hit. Do you remember how you felt in that moment of success?

Mario: I think I've always been a bit disconnected from that part of the industry. I find it really hard to look at awards like that. I'm not gonna say I wasn't excited, but I didn't see the value in it. I get excited when I go on tour to see my fans and I sell out whatever show.  That's a testament to an artist's career. After you make music, can that translate to the stage?

Storch: When I first heard "Let Me Love You," I knew immediately it was going to be a hit. I believed in it and I had to literally force it down the throats of his record label, who weren't believers at first. I went to bat so hard for it! Six months later after delivering it, I get a call from [former J Records executive and current chairman/CEO of RCA Records] Peter Edge, who really fell in love with it. He said, "Scott, this record is genius. It has to be a single." I responded, "I know! That's what I've been telling you guys." [Laughs.]

What do you think is missing in R&B right now?

Mario: I think there's a lot of personalities and cheating with Auto-Tune, you know? I like a lot of the music that's out right now, but I think what I bring is that authentic sound of R&B that isn't too young or old. It gives you that feeling you've been missing.