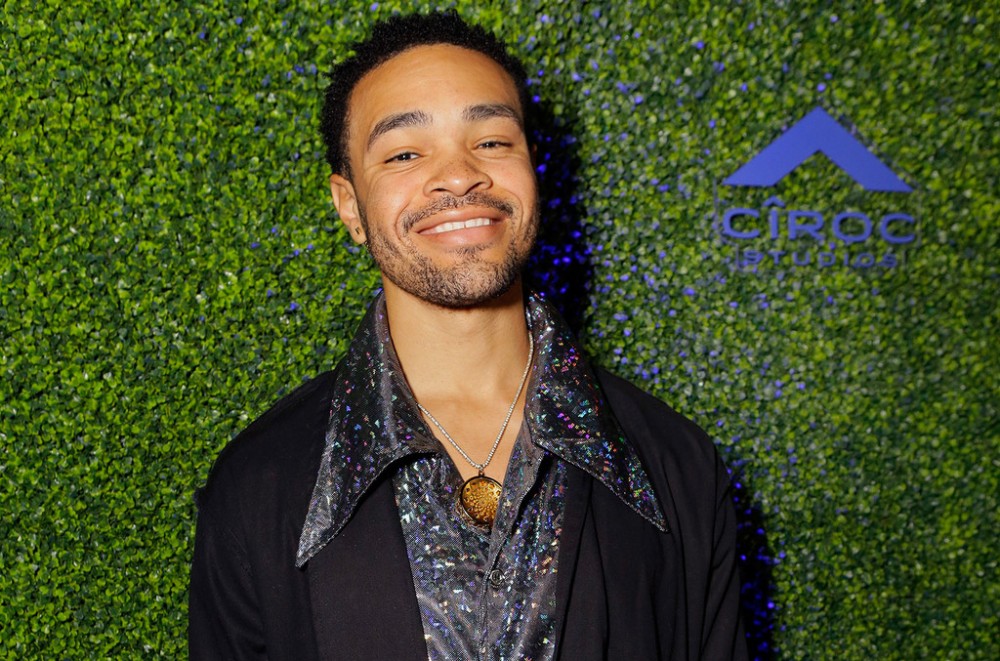 “It’s a crazy time … it’s a time of a lot of change. And I think that change can be good and change can be bad. And right now, we gotta just look for the good…. We gotta look for opportunity, how can we grow from it,” he said at the beginning of his set. And Maejor (real name Brandon Green) knows just how he can contribute to that communal growth.

The singer/songwriter/producer released his debut album Vol 1: Frequency on May 1, 2020, after being active in the music business for the last decade, but there’s something special about this LP that makes it the first of its kind, according to him. “It’s the first album in history that uses 432 Hz frequency. It’s the first mainstream album in history that uses this frequency,” Maejor said. “And what that does is it’s about … being conscious with your energy that you put into your music.”

While the songs “I Love You,” “RIP,” “Let Me Be the One” featuring IZA and “I Am Sorry” featuring Lil Keed that he performed during the Billboard Live aren’t the only ones in history to ever use 432 Hz frequency, he claimed it’s an uncommon occurrence in mainstream music. These seemingly normal-sounding songs subtly have a “healing effect” where the body goes into a state of harmony and heals itself, according to Maejor, who also includes “healer” in his growing list of titles.

Maejor, who’s known for his Grammy award-nominated and chart-topping electronic and hip-hop production for the likes of Justin Bieber, Ne-Yo, Trey Songz and more, performed the first two songs of his heartfelt and galvanizing set acoustically on the guitar, a move he’s never made in front of any kind of live audience.

Feel Maejor’s sounds of healing during his full Billboard Live At-Home performance below, and donate to MusiCares here.

I’m Maejor and I’m teaming up with Billboard to raise money for @MusiCares with a Billboard Live At-Home performance! ️ Watch now and drop your questions, requests and donations below!