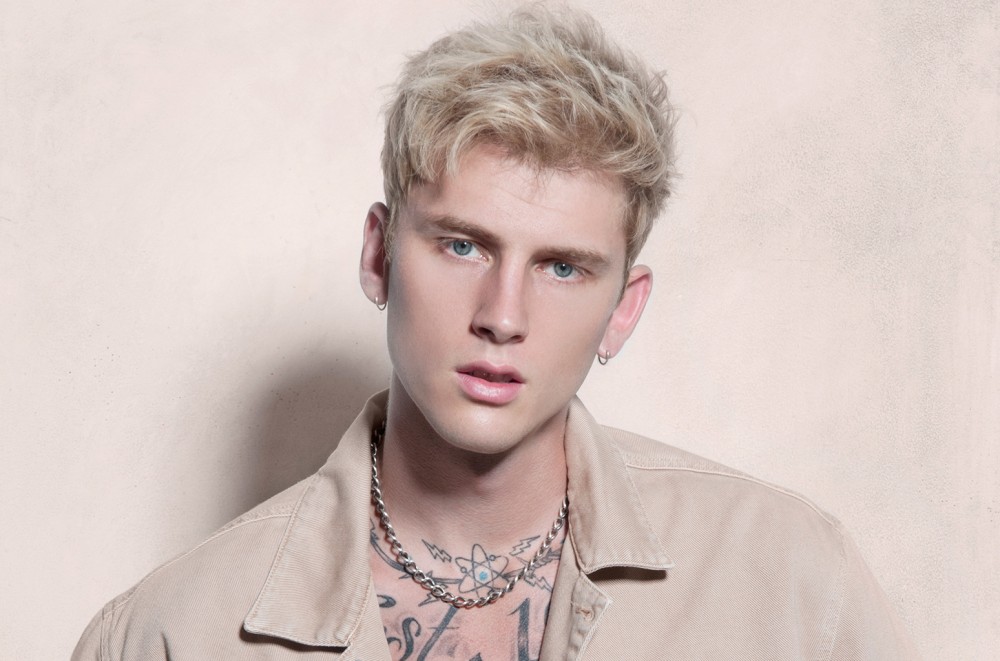 On Tuesday (Jan. 14), the rapper revealed that the project will be called Tickets To My Downfall in an joint interview with the drummer on Apple Music's Beats 1. (For nearly a year, Kelly has been teasing the upcoming LP as "the untitled pop punk project" on social media.)

While a release date remains to be set, the pop-punk LP will be far from the rapper's first foray into the realm of rock. Last summer, MGK teamed up with rising British rocker Yungblud as well as Barker on rap-rock album cut "I Think I'm Okay" and has already announced a planned rock album for later in 2020 following the release of Tickets To My Downfall.

the untitled pop punk project has a name. —— @travisbarker pic.twitter.com/ZwrIJBfGbv