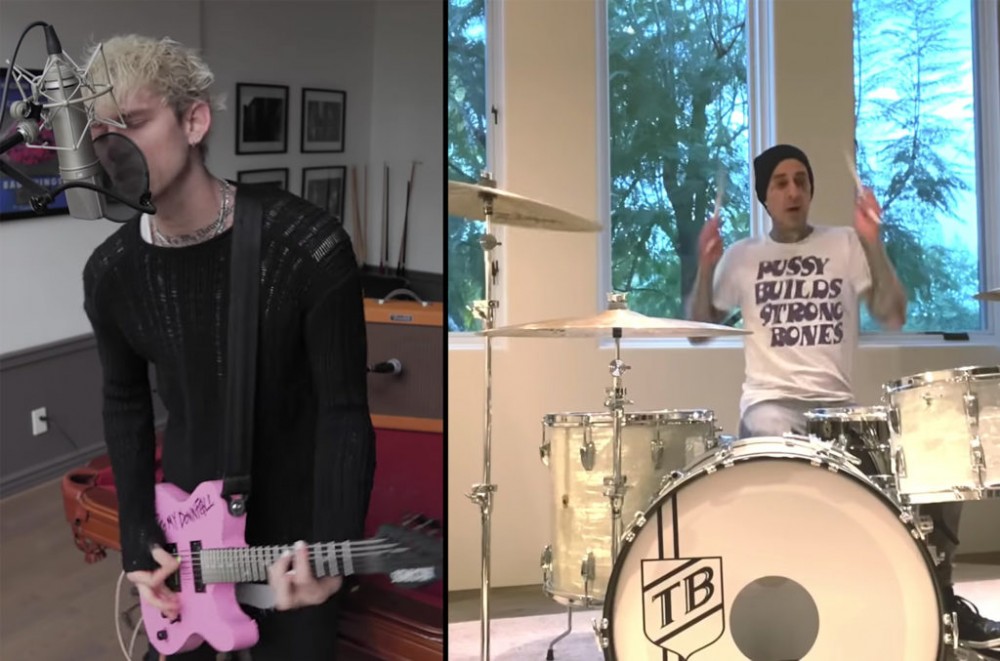 Machine Gun Kelly teamed up with Travis Barker on Thursday (March 26) to deliver a rousing cover of Paramore‘s “Misery Business” that’s anything but miserable.

In the clip, the two stars launch into the iconic 2007 hit, with Kelly showing off his singing voice while Barker dominates his drum set.

“Whoa, well I never meant to brag/ But I’ve gotten what I wanted now/ Whoa, it was never my intention to brag/ To steal it all away from you now/ But God does it feel so good/ ‘Cause I got her where I want her now/ And if you could then you know you would/ ‘Cause God it just feels so/ It just feels so good,” the rapper wails on the chorus, switching up the pronouns and accompanying himself on a bright pink electric guitar.

While the duo chose to blast through “Misery Business” while social distancing, Paramore famously swore off performing their breakout hit back in 2018, with frontwoman Hayley Williams explaining, “I’ll say this: ‘Misery Business’ is not a set of lyrics that I relate to as a 26-year-old woman. I haven’t related to it in a very long time. Those words were written when I was 17…admittedly, from a very narrow-minded perspective.”

Kelly is currently prepping the release of his upcoming collaborative pop-punk album with the Blink-182 drummer, Tickets to My Downfall, which is slated for release sometime this summer. The two artists previously collaborated on their 2019 single “I Think I’m Okay” along with rising British rocker Yungblud.

Check out Kelly and Barker’s rocking cover of “Misery Business” below.