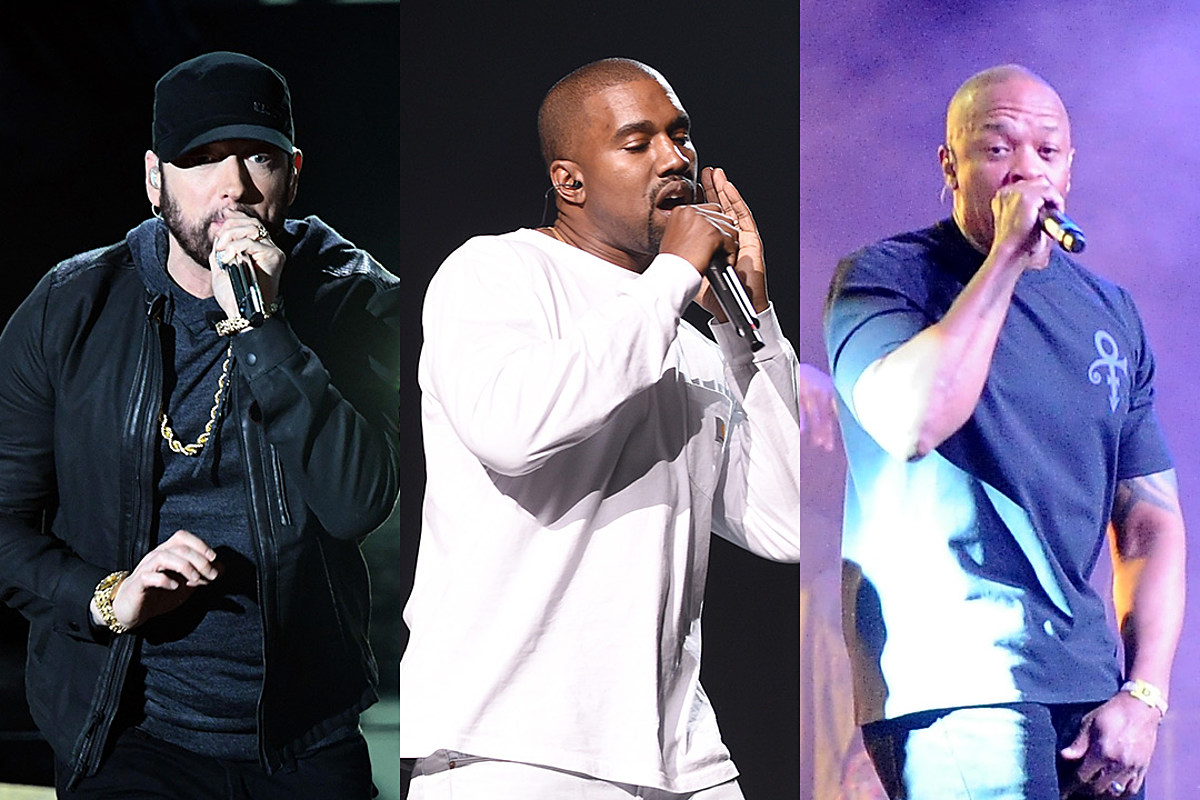 While the fate of Kanye West's Donda album is uncertain, ‘Ye recently dropped some news that many folks might not have been privy to. There's a record that could be coming featuring a veteran Detroit MC and a legendary beatmaker from Compton.

On Friday afternoon (Sept. 18), Kanye hopped on Twitter to let off a few more rounds of tweets. Among the thoughts he shared, Yeezy revealed that Eminem is spitting on a presumed Dr. Dre-produced remix to his Jesus Is King record "Use This Gospel." The original version features appearances from the Clipse and jazz musician Kenny G.

"THANK YOU FOR RAPPING ON THE DR DRE REMIX OF USE THIS GOSPEL I HAVW ALWAYS LOVED AND RESPECTED YOU AND IM HONORED TO HAVE YOU BLESS THIS SONG … ITS ALSO NORTH WEST’S FAVORITE KANYE WEST SONG OF ALL TIME," Yeezy wrote in a tweet to Em.

It's unclear when the track will actually be available, but the collaborative effort between the trio is pretty likely as Kanye and Dre have recently been in the studio together. Back in June, Snoop Dogg let the cat out of the bag by telling fans that Yeezy and the former N.W.A. member were in the process of cooking up some heat.

‘Ye later gave credence to the Long Beach, Calif. native's reveal. "IM SORRY DOCTOR DRE I SPILT THESE THREE DROPS OF ORANGE JUICE MIXED WITH UUUUUUM WHILE WE WERE FINISHING OUR FIRST PROJECT," he tweet along with a picture of a cup on a rug.

Kanye first teased that Dr. Dre would be contributing to Jesus Is King 2 back in November.

‘Ye, Em and Dre? Sounds like music to a hip-hop head's ears.