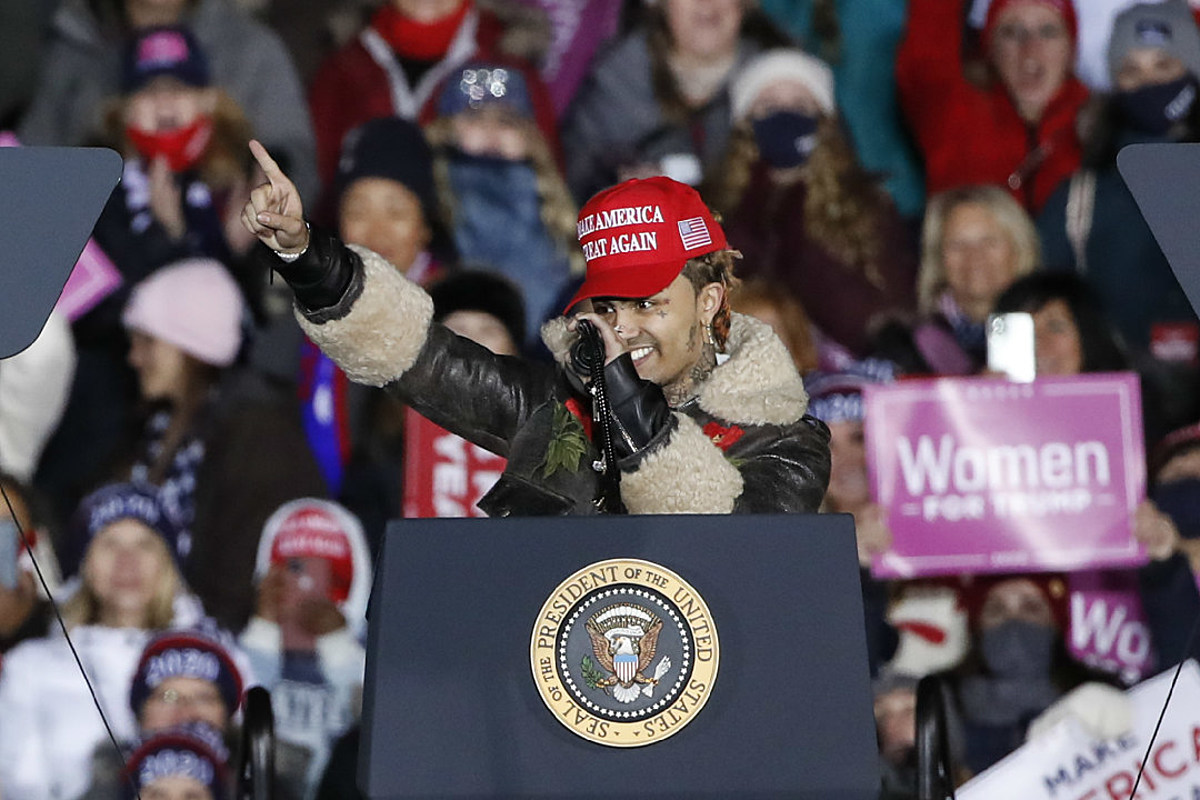 Lil Pump's endorsement of President Trump may have been all smoke and mirrors as the South Florida rapper didn't even cast a vote in the recent presidential election.

According to records obtained by XXL from the Florida Department of State on Saturday (Nov. 14), Pump, born Gazzy Garcia, did not vote for Trump or anyone in the 2020 election due to the fact that the 20-year-old did not even register to vote in the state of Florida. In order to have been eligible to vote in the recent presidential election, residents in the Sunshine State must have registered by Oct. 5. It appears Pump may have jumped on the political train too late to actually participate in the electoral process.

In the last couple of weeks leading up the election between incumbent president Donald Trump and democratic candidate Joe Biden, Lil Pump strangely came out in full support of Trump on social media and said he was voting for another four years of No. 45. "All I gotta say is Trump 2020, bitch," Pump said in a video clip on his Instagram Story. "Fuck I look like paying extra 33 in taxes for Biden bitch ass nigga. Fuck sleepy Joe, nigga. Trump 2020, bitch. Ah!"

Pump doubled down on his support, to the chagrin of hip-hop, and attended a campaign rally for Trump in Grand Rapids, Mich. on Nov. 2, where Trump mistakenly called the rapper, "Little Pimp." Even as recently as the day after the election, Pump continued to big up Trump when things were looking bleak as the poll numbers rolled in. "Remain calm. Remain patient. Have trust in the system. Our man will be re-elected. #Trump202020 ESSKEETIT @realDonaldTrump," he tweeted on Nov. 4.