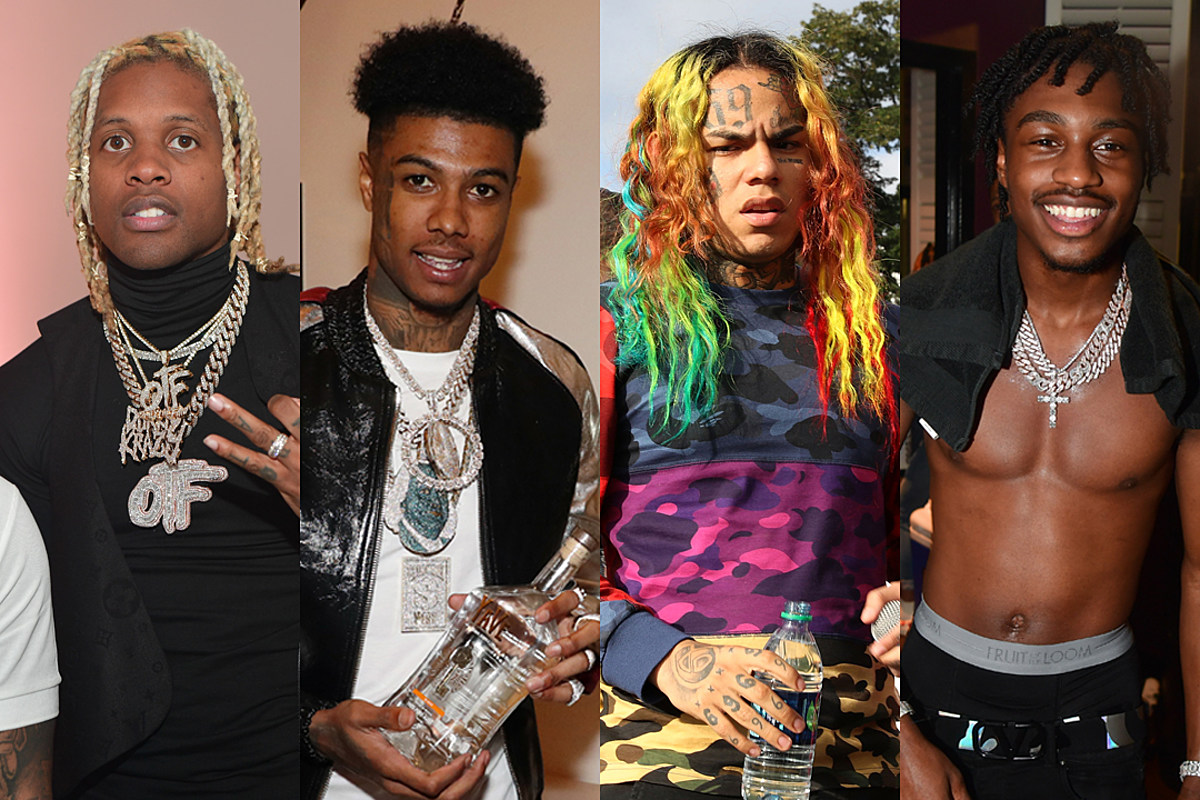 6ix9ine is not having a good week.

Following the news that Tekashi's first-week sales projections for his new album, TattleTales, had fallen by 100,00 units, according to a report by HitsDailyDouble, Lil Durk, Blueface and Lil Tjay have come for the Brooklyn native on social media.

On Monday (Sept. 7), the three rappers led the charge against 6ix9ine in a few Instagram comments claiming the 24-year-old rapper had fallen off. While 6ix9ine chooses to believe the system is being rigged against him, other rappers attribute his trolling nature to his failures.

Lil Durk, who is currently beefing with the "Gooba" rhymer responded to the comment, claiming that 6ix9ine's downward spiral is his doing.

"This what happen when you go against the voice lol ima outsell him with my eyes closed," Durk wrote on Instagram. Blueface later chimed in writing, "Damn, he would still be alive rn if nyggas ain't gas him up‍‍♂️,"

Lil Tjay later left a row of laughing emoji's before Blueface left another remark about 6ix9ine, writing, "Dam 69 fell off."

Since announcing his first studio album since being released from prison would be dropping last week, 6ix9ine has enlisted in social media wars with rappers like Lil Durk and Lil Reese, while drawing out hostility from rappers like Blueface and Lil Tjay. He's also claimed to have made connections with veterans like DMX and Akon.

6ix9ine has yet to respond to the three rappers, but it's only a matter of time given his trolling nature.