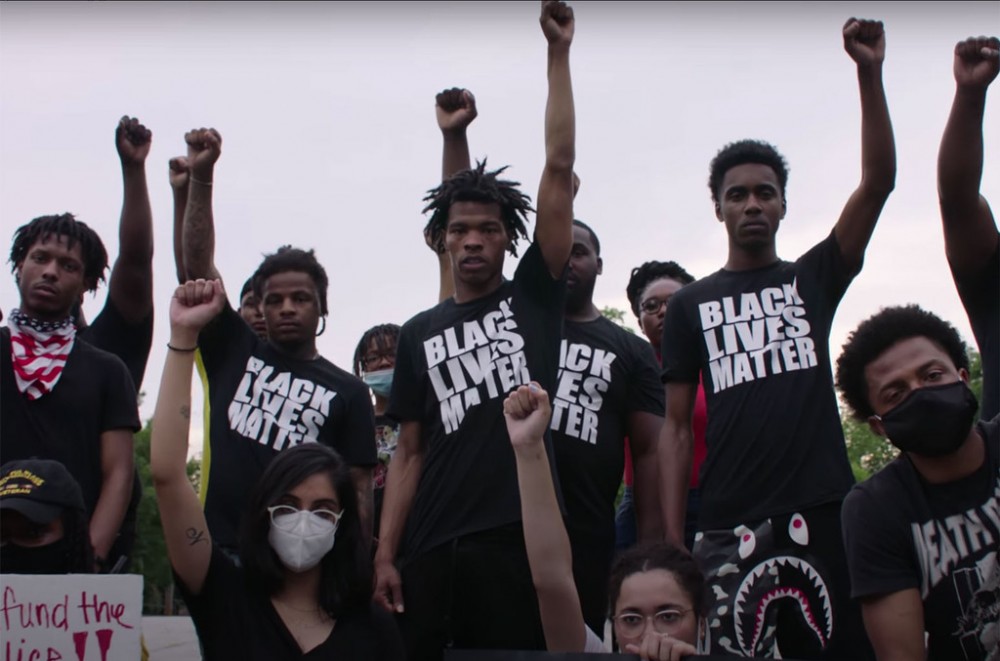 Lil Baby takes on police brutality and the nationwide protests in the wake of the officer-involved killing of George Floyd on his somber new track “The Bigger Picture,” which dropped on Friday (June 12).

The accompanying music video features footage of nationwide protests from the past two weeks over the killing of Floyd, who died in police custody after an officer kneeled on his neck for nearly nine minutes.

Raising his hand in solidarity and wearing a Black Lives Matter t-shirt, Baby raps about destroying stereotypes and the paranoia felt by young black men like himself when they see blue lights in the rearview.

“I find it crazy the police’ll shoot you and know that you dead/ But still tell you to freeze/ F—ed up, I seen what I seen/ I guess that mean hold him down if he say he can’t breathe/ It’s too many mothers that’s grieving/ They killing us for no reason/ Been going on for too long to get even/ Throw us in cages like dogs and hyenas/ I went to court and they sent me to prison/ My mama was crushed when they said I can’t leave,” Baby raps over a haunting piano riff and clicking drum track.

Baby’s My Turn returned to No. 1 on the Billboard 200 albums chart after three months, as the set rose from No. 3 with 65,000 equivalent album units earned (up 5 percent) in the U.S. in the week ending June 11, according to Nielsen Music/MRC Data. It’s the second week at No. 1 for the album, following its debut atop the chart dated March 14.

Watch “The Bigger Picture” video below.