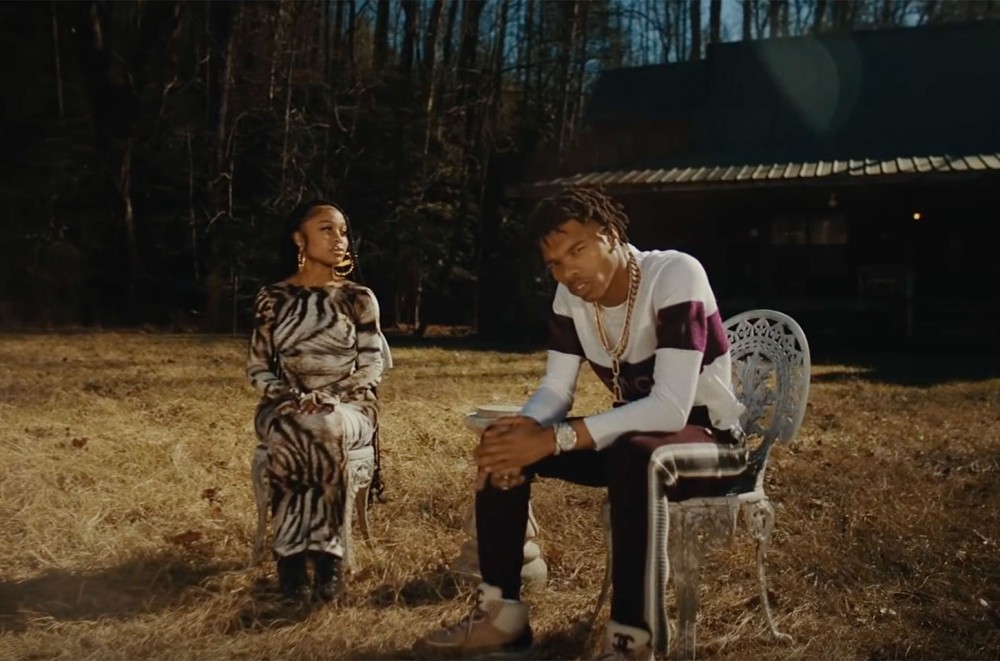 Before it comes time to release his My Turn album later this year, Lil Baby contributed to the Queen & Slim soundtrack with "Catch the Sun." The ATLien returned Wednesday (Jan. 29) with a tenderhearted visual to the record, which stars Baby alongside his real-life girlfriend, Jayda.

Baby re-creates the storyline of Queen & Slim, as he's on the run looking to escape law enforcement's pursuit and bring Jayda to safety. The couple take their low-rider out in the middle of the night and drive to the suburbs, where they discover an open log cabin to finally relax and get some fresh air with the sun setting on the yard.

Lil Baby's anticipated My Turn project is still without a release date. He kicked off 2020 with the release of the album's second single "Sum 2 Prove," which debuted at No. 16 and slides to No. 33 on this week's Billboard Hot 100 chart.