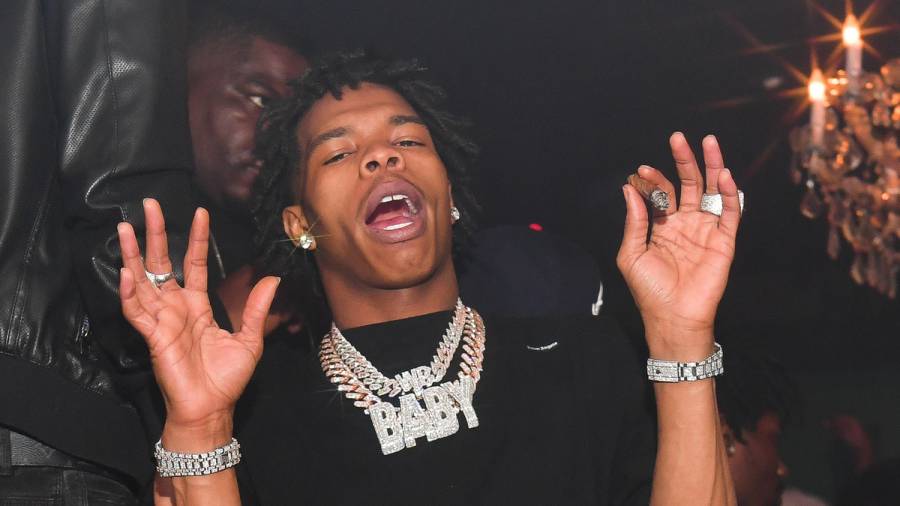 Multiple versions of the 4PF chains are available to purchase on Walmart’s website. The seller is listed as Weekend Gifts, Inc. The cheapest 4PF items are on sale for $24.99 while the most expensive ones run for as much as $74.99.

The bargain bling prices pale in comparison to what Lil Baby has spent on his actual pieces. During a 2018 appearance on GQ’s On The Rocks series, the Atlanta-bred rapper showed off a jewelry collection worth around $500,000.

Although Walmart’s bootleg merch upset Lil Baby, he’s been able to enjoy success on the charts over the past month. His sophomore album My Turn has spent the past three weeks at No. 1 on the Billboard 200, reclaiming the top spot following a 13-week hiatus. His LP originally debuted atop the chart in March, becoming his first No. 1 album in the process.

My Turn was initially released in February before getting a deluxe edition in May. A little over a month after releasing the expanded version, Lil Baby dropped a new single titled “The Bigger Picture” amid Black Lives Matter protests.

Watch “The Bigger Picture” video below.