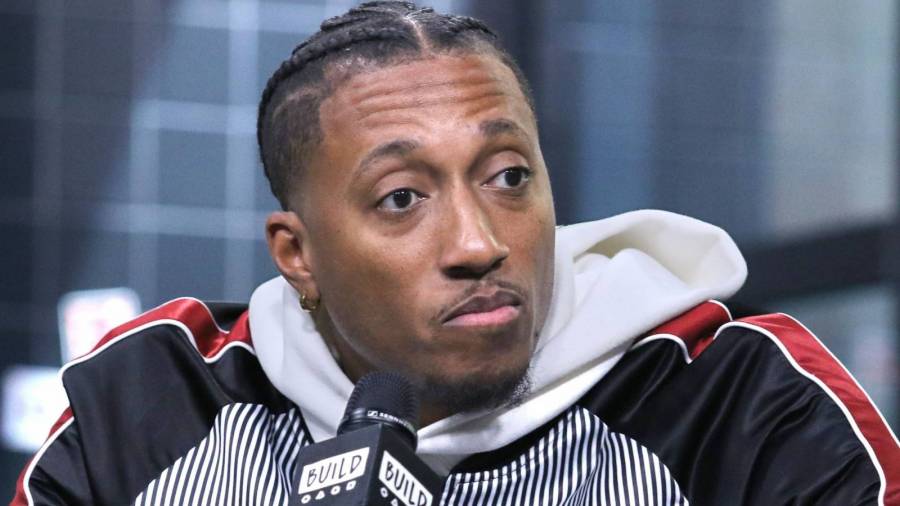 Atlanta, GA – Lecrae is facing some serious backlash after sitting down with Atlanta megachurch pastor Louie Giglio and Chick-fil-A CEO Dan Cathy for a “honest conversation about race on the church” on Sunday (June 14).

As Giglio is speaking, he implores viewers to look at the “blessing of slavery,” while Lecrae sits there silently nodding his head.

“It actually built up the framework for the world that white people live in and lived in,” Giglio says. “A lot of people call this white privilege and when you say those two words, it just is like a fuse goes off for a lot of white people because they don’t want anybody to check their privilege. I know that you and I both have struggled in these days with … hey, if the phrase is the trip up, let’s get over the phrase and let’s get down to the heart.

“Let’s get down to what then do you want to call it? I think maybe a great thing for me is to call it white blessing, that I’m living in the blessing of the curse that happened generationally that allowed me to grow up in Atlanta.”

Pastor Louie Giglio, rapper Lecrae and Chick-fil-A CEO Dan Cathy "had an honest conversation about race and the Church" on June 14.

Here's an example of why words and their meanings matter.

While Lecrae attempted to have a productive dialogue with Giglio, he ultimately started to use the term “white blessing” interchangeably.

“The notion of this kind of blessing or the ability to put the blinders on is because what my white brothers and sisters tend to think is they don’t have a culture and that is an indicator of this blessing, this privilege,” he replies. “… I also think putting themselves in a positions where they have to learn from their black brothers and sisters, where they have to find people in leadership that they have to say, ‘This is the voice that I gotta listen to because I don’t know … and I’ve gotta be OK with saying ‘I don’t know.’”

I watch the whole context of the video with Giglio and Lecrae. And Lecrae DID correct the pastor BUT play it too safe. To be honest, He felt trapped IMO because he should have answered more aggressively but was conflicted with bring racial reconciliation in a peaceful way. 1/x pic.twitter.com/FxXdmoAYbK

Twitter immediately pounced on the Christian-leaning rapper and chided him for not speaking up the second the words “blessing of slavery” popped out of Giglio’s mouth. Subsequently, Lecrae became a trending topic on the social media platform on Tuesday (June 16).

Lecrae’s PR team off camera waiting for him to cut off that bullshit tangent about how slavery was a blessing pic.twitter.com/6wXeYtxej4

ME: Yo! I love Lecrae! Been down since #RealTalk. His growth been amazing. Always spits real gospel street ish. Folk hate on Crae cuz he unapologetically BLACK. “Welcome to America” was 🔥

* sees WHY Lecrae is trending *

Nothing can top that Kanye interview with him saying slavery is a choice
Lecrae: hold my bible pic.twitter.com/lQqGKzEgNN

This is the same shit they tried to control slaves wit and @lecrae just sat their pic.twitter.com/hHgfsjh4nd

Lecrae was like "yessa boss" w/ his eyes bucking. Little slick shit like that gotta be checked on spot.

How is there new white bullshit to wake up to EVERY. SINGLE. DAY. ??? https://t.co/LnUrmEaTh4

Lecrae Bio say "this is not the end"

I woke up today to see why he was trending and….

U sure this ain't the end my nigga?! pic.twitter.com/C1vhSsoMEF

I thought I’d heard it all but this man really fixed his mouth to say “white blessing” #Lecrae blink three times if you in there 😂 pic.twitter.com/d7xRDDHQhK

He was put there because "they" knew he wouldn't be call them out for their "White Blessing"pic.twitter.com/3y5ECSbNjM

Please tell me Lecrae was just nodding his head so that dude can hurry finish his point pic.twitter.com/GbOSqcQ6rs

I cannot believe a man with your platform would take some shit like that. You are correct about one thing though . Your career. That’s all you were concerned about . You know good and damn well if you lose the Mega Church Fraud you lose your money FOH.

“The blessing of slavery is that it BUILT the frame that white people live in” pic.twitter.com/OUtZD0byQ7

@lecrae you let a White man say some foolishness and didn’t check him because you want to lead with “grace” and “love”. You were wrong. Own that. Doing all you do for Black people should include standing up for them when it’s uncomfortable. You should have done that then.