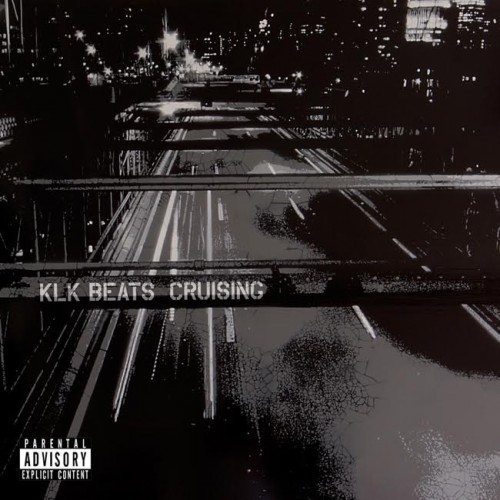 KLK’s approach to production is undoubtedly rooted in Hip-Hop and its myriad influences (Soul, Jazz, Funk, and R&B), but it’s also one that’s diverse in its sound and textures. And that’s evident from the one-two punch opening tracks, “Beauty Life” and “Look Like.” On the former, the producer crafts a heartfelt joint with Boston stalwarts REKS, Termanology, and Kay-R. But on “Look Like,” the tone changes to something more neon-tinged as REKS and Brooklyn staple Skyzoo deliver charming, late-night raps.

This varied style is intentional, as KLK explains that he wants to leave his legacy through his unique, genre-shifting sound that, at times, does stray a bit from pure Hip-Hop. “Interlude 1” is a smooth Jazz romp made for laid-back weekends and is followed by the more R&B/House-inspired “Taking Your Love Away” featuring Texas’ J Tronius. In less capable hands, shifts like this would sound forced or janky, but KLK has meticulously paced Cruising so that it transitions smoothly from one track to the next.

It’s that attention to detail that makes Cruising such a refreshing and rewarding listen. It also makes it clear that KLK Beats is a producer to watch as we make our way through 2018 and onward. This is only the beginning for a talented newcomer who has an exciting future ahead him.

Cruising is now available through the digital retailer and streaming platform your choice,  Beantown Bullies Music.