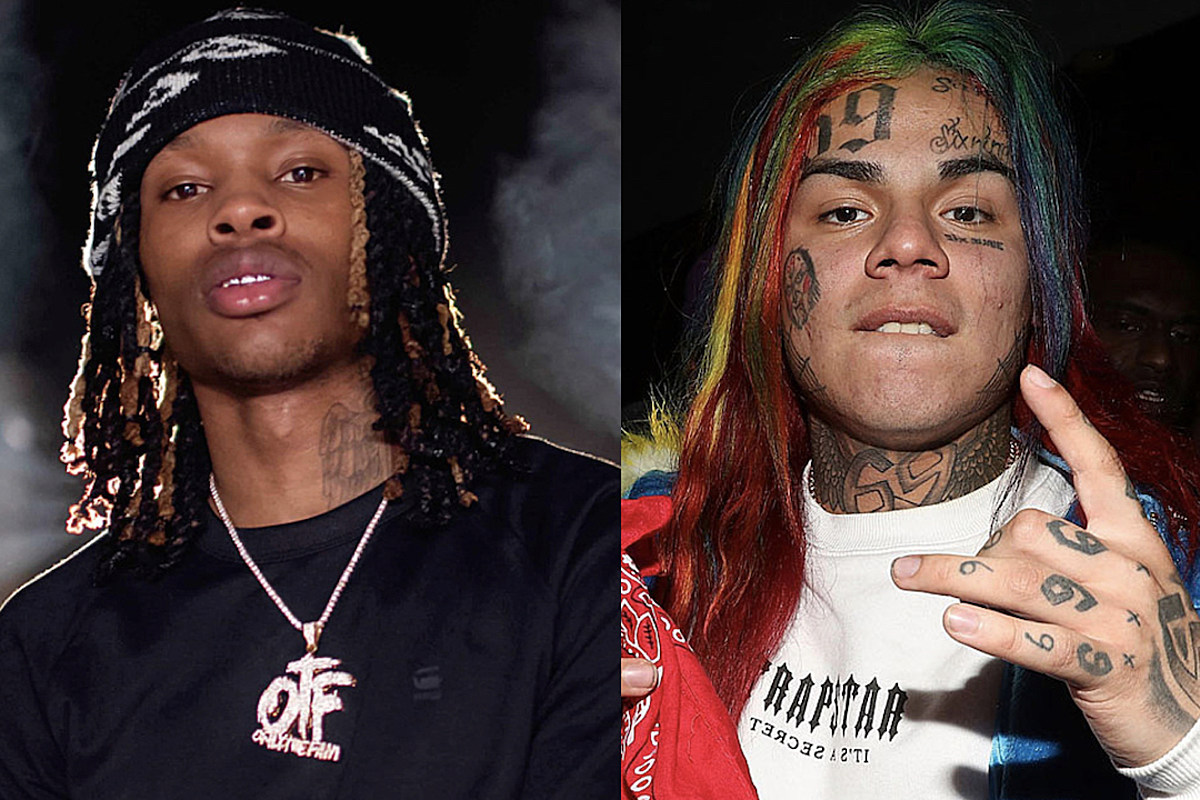 Lil Reese is not the only Chicago rapper tired of 6ix9ine’s recent shenanigans in the Windy City.

Fellow Chi-City rhymer King Von jumped on his Instagram story yesterday (Aug. 28) to share his thoughts on Tekashi, who traveled to Chicago’s O-Block and reportedly visited the spot where Lil Durk's cousin Nuski was killed in 2014. The Brooklyn rapper knelt down in the spot and also laid a bouquet of flowers. Although Lil Durk has yet to respond, King Von did address 6ix9ine on his Instagram Live.

"That shit with 6ix9ine, that shit ain't cool, they got this man running around and it's funny and shit, That shit ain't funny, gang," he told his followers watching him on IG Live. "'Cause it's like this — I don't know the nigga, gang. I don't give no fuck about the nigga 6ix9ine. I don't know him. But he told on all type of people, gang and get people locked up and shit."

Nuski was killed days after he signed a record deal.

King Von then reflected on 6ix9ine's snitching on his former associates, including his ex-manager, Kifano “Shotti” Jordan, because he allegedly had sexual relations with Tekashi’s baby's mother. He then added that 6ix9ine's actions will affect Shotti's family since he will be spending 15 years in prison for two firearms charges. King Von later advised his fans not to entertain 6ix9ine's actions.

"Yeah, I know it's fun and games, I know it's just the internet," he said. "Show some respect. Let's not talk about shit that's hurting people in real life."

King Von's comments come after 6ix9ine got into a social media battle with Lil Reese. Recently, Reese called out Tekashi's girlfriend, Jade, on his Twitter account. "That nigga a bitch I never go out like a pussy that nigga on a bald head lil trick ass Mexican," Reese tweeted.

This all stems from Reese commenting about Tekashi visiting his hometown on Friday while promoting his upcoming album TattleTales. A social media exchange ensued between the two rappers, in which 6ix9ine resurfaced a 2019 video of Lil Reese getting jumped by a rival rapper and him re-enacting the incident in a video shared on social media.

Check out King Von's message and 6ix9ine visiting O-Block below.