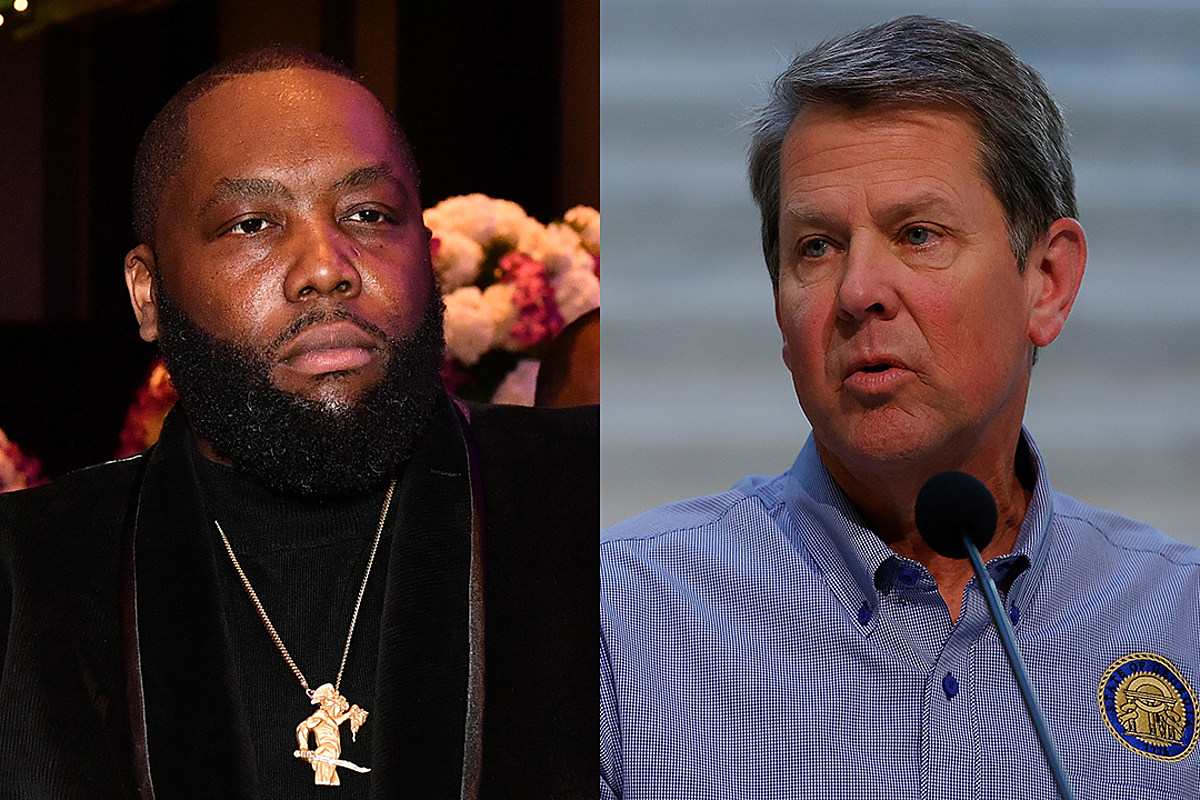 Killer Mike is facing some heat following his most recent political meetup.

On Wednesday evening (Sept. 9), Georgia Governor Brian Kemp shared images via Twitter of himself and his wife, Marty Kemp, with Atlanta native and activist Killer Mike. "Today, Marty and I had a great meeting with @KillerMike," the tweet says. "We discussed how small businesses and the music industry are weathering the pandemic, the value of our skilled trade workers, and our fight to end human trafficking in Georgia. We look forward to seeing him again soon!."

Social media's outrage stems from accusations that Gov. Kemp implemented voter suppression, a strategy used to discourage or prevent certain groups of people from voting, during the 2018 gubernatorial election against Georgia Democrat Stacey Abrams. Twitter users not only condemned the photo op, but also claimed that Kemp illegally removed hundreds of thousands of Black votes and stole the election from Abrams.

Another said, "Did you discuss how you oversaw your own election, purged 200,000 registered voters from the rolls and then stole the election from Stacey Abrams because the only way people like you can win anything is by cheating? You’re a disgrace."

Stacey Abrams accused her former opponent of voter suppression last year during an appearance on The View. "In response to what I believe was a stolen election—and I'm not saying they stole it from me, they stole it from the voters of Georgia," she explained at the time. "I cannot prove empirically that I would've won, but we will never know. And so what I demanded on Nov. 16, 2018 was a fair fight because you see voter suppression is as old as America."

According to CNN, Abrams lost the election by 1.4 percent.

Killer Mike and Gov. Brian Kemp's conversation also comes months after the rapper refused to open the doors to his Atlanta barbershops amid coronavirus despite Kemp allowing businesses to reopen. Mike said back in April that he and his wife would not open their businesses at the time because it posed a health threat to their staff and patrons.

See more reactions to folks upset with Killer Mike about his meeting with Gov. Brian Kemp below.