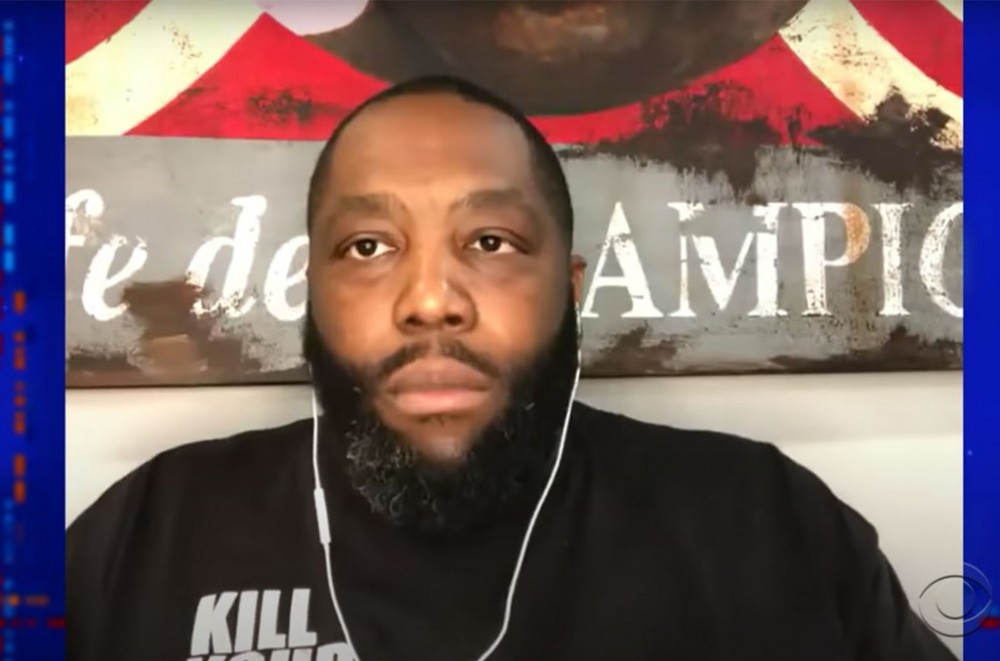 Killer Mike appeared on The Late Show With Stephen Colbert on Monday (June 1) to speak about what white Americans can do to help the Black Lives Matter movement.

The conversation started when host Stephen Colbert opened up a much-needed dialogue with the rapper and activist about how white people in the U.S. can serve as better allies to the black community amid the ongoing nationwide protests in the wake of George Floyd’s death. “For white people who want to support black people right now in this particular moment,” Colbert started, “do you have any advice on how they can best do that? Or just stay out of the way?”

“No, we don’t need you to stay out of the way,” replied Killer Mike, who gave an emotional speech during a press conference in Atlanta May 29. “What I need you to do is send financial help to some of the organizations I just named, because those are the organizations on the ground. Then get your butt down there and help those organizations in the physical.”

(Earlier in his interview with the comedian, the Run the Jewels rapper had referenced the New Georgia Project, Movement for Black Lives, the Florida Rights Restoration Coalition and numerous other grassroots initiatives committed to racial equality.)

“But what I need white America to do beyond right now is understand that right now is always,” Killer Mike continued. “It isn’t just helping in the now — it is being a part of fixing it always.”

Additionally, the Run the Jewels rapper offered one specific suggestion about how Americans can start dismantling the biases in their own lives. “The first thing I want you guys to do is go to YouTube and Google ‘Jane Elliott,'” he said. “And spend one hour watching Jane Elliot teach people, not just speak … she’s not just speaking, but she’s teaching people about the racism that is given to them, that they aren’t even aware they have.

“She asks the question: ‘How many of you all see how black people are treated in this country? How many of you all know how black people [are] treated?'” he explained. “And then she says, ‘If you’d like to be treated like that, stand up.’ And no one in the crowd stands up. So that immediately tells you, you know how we’re treated, you know it’s burdensome, you know it’s troublesome and wrong, but you simply don’t do anything because it’s that ‘well it’s not me’ factor.”

The activist then concluded his entreaty by stressing the importance of white Americans no longer sitting on the sidelines in the fight for racial justice.

“If there’s a riot going on in the streets, you gotta start to understand that now is time to stand up — with the people who are getting beaten up. With the people who are tired of being treated that way,” said the rapper, whose Run the Jewels 4 will be available for free  Friday (June 5). “So my homework for all of white America, including you, is to spend an hour learning from Jane Elliott on YouTube tonight.”