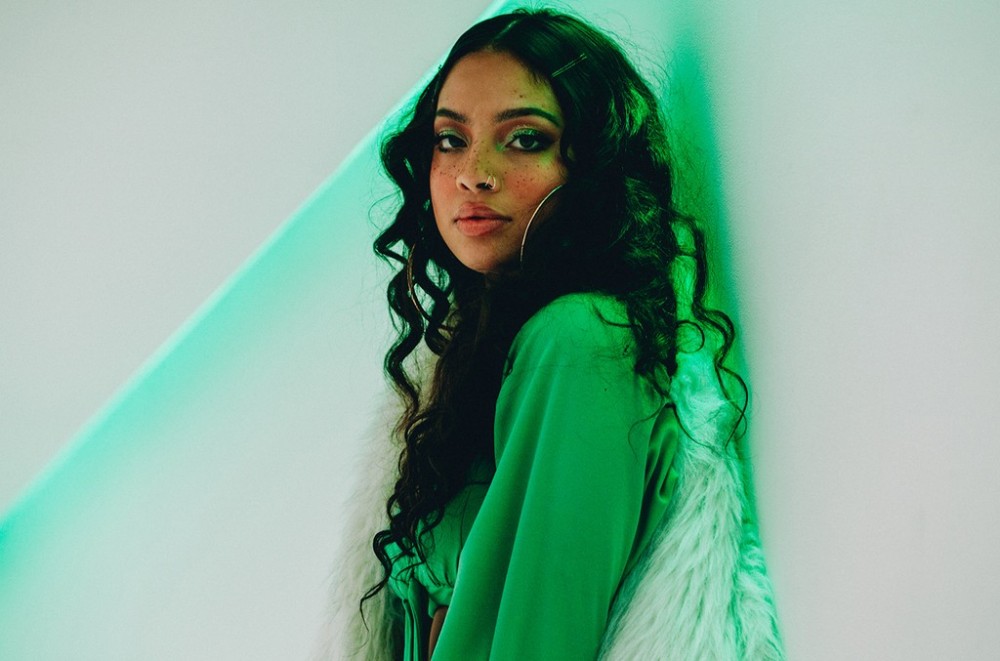 Kiana Ledé delivered a soulful set of songs from her bedroom on Tuesday (March 24) during her Billboard Live At-Home session, partnering with Billboard to raise money for Downtown Women’s Center.

During the cozy mini-concert, the rising R&B star kicked things off with her latest single “Mad At Me” before spilling some tea on her upcoming debut album, Kiki.

“Literally all of these songs are so close to my heart, but I would say ‘Cancelled’ is one that means the most to me,” she said. “‘Cause I wrote it about a friend, and her getting f–ked over by the same dude over and over again. And I just really love my friends and I love women, which is why I chose Downtown Women’s Center. I just always wanna protect women, especially friends. So yeah, I would say ‘Cancelled.’ You’ll hear why when it comes out.”

Next, Ledé flexed her knowledge of modern R&B classics by riffing her way through a cover of Usher‘s No. 1 hit “U Remind Me,” the lead single off 2001’s 8701. “This next song is one of my favorite songs ever, especially to sing,” she explained before launching into the tune. “You remind me of a girl that I once knew/ See her face whenever I, I look at you/ You won’t believe all of the things she put me through/ This is why I just can’t get with you,” she sang on the track’s chorus.

Finally, the singer closed out the three-song set with her 2018 single “EX,” which is featured on both her 2017 EP Selfless and her 2018 EP Myself. Ledé’s debut LP is slated for release April 3 Republic Records/Universal Music Group.

I’m Kiana Ledé and I’m teaming up with Billboard to raise money for Downtown Women’s Center with a Billboard Live At-Home performance! Watch now and drop your questions, requests and donations below!