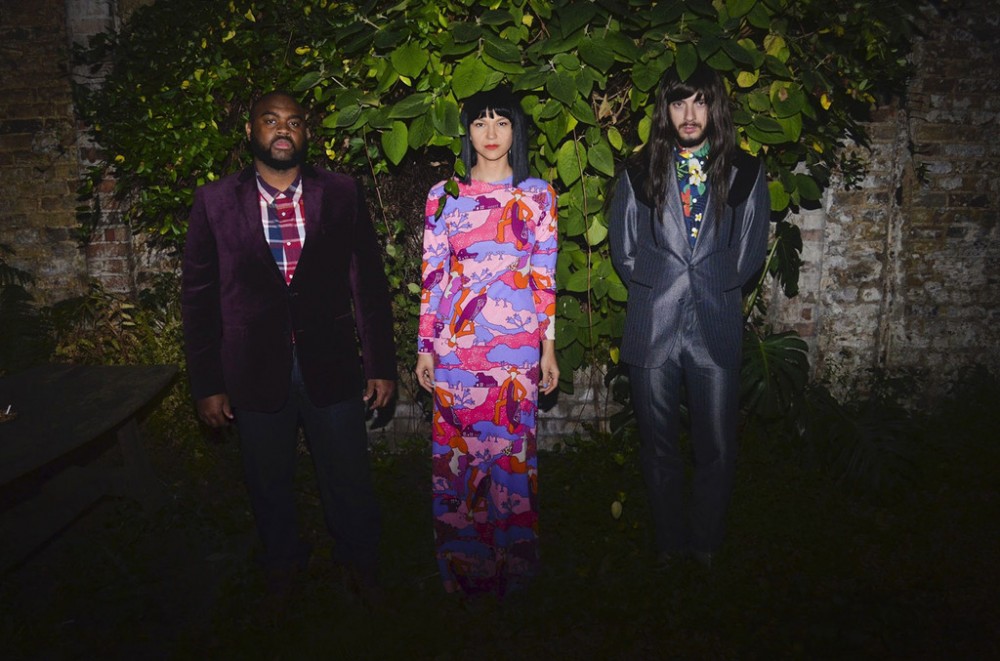 Since the instrumental psych-rock act Khruangbin released its debut album, The Universe Smiles Upon You, in 2015, the members of the Texas-based trio have spent a majority of their time together, often on the road. Now, due to the pandemic, bassist Laura Lee, guitarist Mark Speer and drummer Donald “DJ” Johnson are experiencing their first taste of separation anxiety.

“Mark and DJ have become my security blankets,” says Lee. Pre-pandemic, the three were slated to be making promotional rounds and gearing up for a tour in support of Khruangbin’s upcoming third album, Mordechai, out Friday (June 26). “It’s really strange to be apart for this long,” she adds.

In the five years since Khruangbin’s debut, which arrived on London-based indie Night Time Stories, the act bolstered a burgeoning U.K. fanbase with a dedicated stateside following. In 2017, the act signed a U.S. deal with Dead Oceans, joining a roster that includes Phoebe Bridgers, Mitski and Bright Eyes. This February, when it released Texas Sun, a collaborative EP with Leon Bridges, Khruangbin launched to No. 1 on Billboard’s Emerging Artists Chart (meanwhile, the EP’s title track hit the top 20 on the Adult Alternative Songs and Hot Rock Songs charts). And now, according to Khruangbin’s team, Mordechai is projected to become Dead Ocean’s best-selling album this year.

Since its formation, Speer has always been adamant that Khruangbin never sonically stray too far outside its box, saying: “[Artists are] like, ‘We have to reinvent the wheel,’ and I’m like, ‘If you haven’t explored the entirety of your box, you’re not going to be grounded in what you do.” Lee assures that Khruangbin’s M.O. always has been and still remains that it’s an instrumental band; while they’ve incorporated vocals on past tracks, their voices play a much larger role on Mordechai than ever before. “It is a more vocally heavy album, but we never sat down and decided that it was going to be,” says Lee. “The bass, guitar and drums were written first, as they always are, and when we came back in the studio, we [realized] certain songs had enough space for something else.”

Khruangbin formed in the late 2000s in Houston with Speer as the uniting force. At the time, he and Johnson already had a dynamic, having played in the same gospel band for years. He later met Lee through mutual friends, and after connecting on a shared love of Afghan music, Speer started teaching her how to play bass in the summer of 2009.

The following year, the two toured as backing musicians for electronic artist YPPAH, who was supporting Bonobo on a U.S. trek. Speer and Lee returned inspired to start something of their own — and with the addition of Johnson, Khruangbin officially formed. Since, the trio has taken its brand of Thai-inspired psychedelic funk all over the world, from gigs at Coachella to a beach in Croatia.

Mordechai’s near six-minute lead single, “Time (You and I),” introduces vocals while also offering a lengthy, instrumental disco break. The song was informed by spending so much time on tour. “When we’ve been on the road in different places, we’ll find ourselves in dance clubs because a lot of our friends are DJs,” says Speer. “I always wanted to have a song that has an extended disco break: bass, drums, hypnotic [production]. Like Larry Levan at Paradise Garage — that’s what I like.” Lee and Johnson agree, revealing that they often play disco in other languages backstage as pre-show pump-up music.

As for the lyrics of “Time” — which includes the lines, “We can play like children play … We can rhyme like children rhyme” — Johnson recalls thinking how profound they were the first time he heard Lee sing them. “Fast-forward to completing the album [in January] and then going into quarantine, I’m seeing adults riding bicycles around my neighborhood in Texas for the first time in years,” says Johnson. “Those lyrics came to life.” Speer adds that for him, looking back on the process of writing and recording Mordechai “feels like eons ago, a different lifetime even.”

Elsewhere, the dreamlike “First Class” kicks off the album (Lee recalls how they all burst into laughter upon realizing the first word on the whole album would be “champagne” after struggling to find the right lyrics); the laidback “One To Remember” features a dholak, a two-headed hand drum, and the Latin American percussion instrument, güiro; and there’s the trance-like closing track “Shida,” in which only that one word is whispered once.

The album’s title refers to the time Lee went on a life-altering hike in London: she cliff-dove screaming her full name, Laura Lee Ochoae, with a near-stranger and his family. The stranger-turned friend was named Mordechai.

Meanwhile, the album art is “a visual snapshot of my hike,” says Lee, complete with a waterfall, coyote, gemini constellation (for Mordechai’s twins who were there as well) and a harvest moon. “I was thinking a lot about how you make something original and iconic — and in a way, that image doesn’t exist anywhere except in my head.”

Right before the album was pressed, Lee called the real-life Mordechai for his blessing, even writing a speech to subside her nerves: “It’s just such a strange phone call to make, like, ‘Hi, I’ve just written an album and we’re going to call it your name, is that cool?’ So I read my speech and then he video chatted me so I could see how red his face was,” she recalls. And yet, he approved.

Now, with just over a week until its release, the trio and its team are still brainstorming alternatives to touring. But, considering they are spread out across the country (with Lee in Miami, Speer in Oakland, Calif. and Johnson in Houston) as Lee says, “It’s not as simple as meeting in our home studio. We obviously want to connect with people, but I also think that the world is the way that it is right now and we have to embrace it. What we do have is this music that we created together and that speaks for itself, and it would be good for people to digest it in their own time.”

She adds that, while she and her bandmates are fortunate to be safe and healthy, quarantine has helped her move more slowly. Johnson confirms as much: “Laura was telling us the other day that [we won’t] really get a time like this ever again, where you’re just not busy and you don’t have the obligations that you normally have. So we’re trying to take advantage of it.”

Even so, while Lee is in fact “grateful for having some time off,” she assures, “I certainly wouldn’t mind being in a backstage room with these guys.” Hopefully she will be, soon enough.