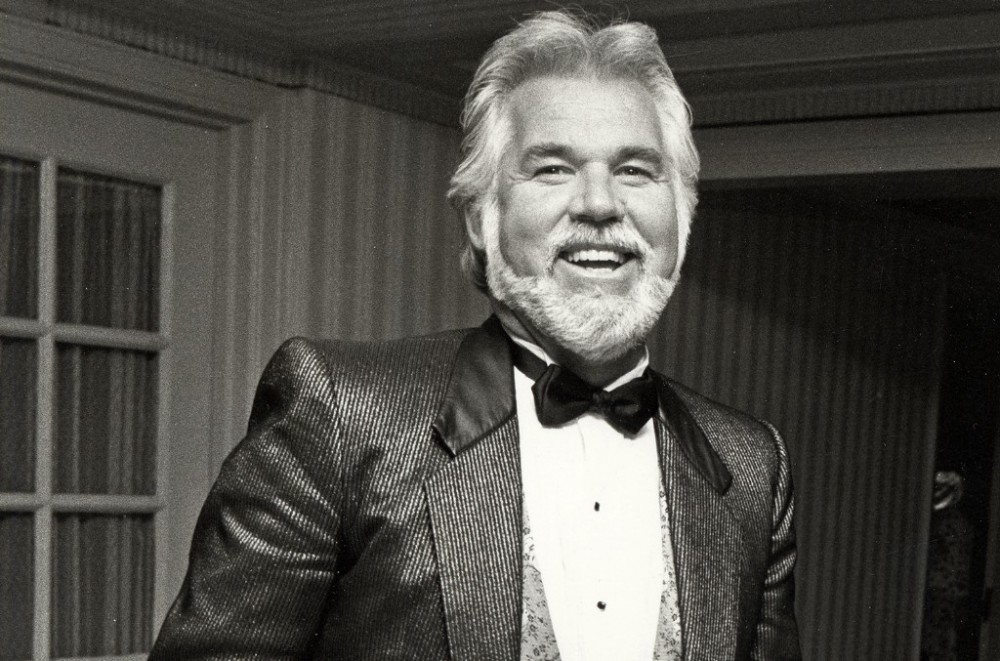 “I’ve always been too pop for country and too country for pop,” Rogers told Rob Tannenbaum at Rolling Stone back in 2001, when he was still basking in the afterglow of the success of “Buy Me a Rose,” the last single of his to top the Billboard Country charts. A decade later, Rogers told Dan Rather he was a “country singer with a lot of other musical influences,” a framing that acknowledged how the icon had strayed from the genre’s ideals — while reinforcing the idea that Kenny Rogers is still, at his core, a country singer.

It’d be silly to claim Rogers wasn’t country. He was one of the biggest stars the genre ever produced, racking up 21 No. 1 hits on the Billboard Country Songs chart, all but one arriving between 1977 and 1987. But Rogers came to country music late in life, adopting the style after his chart-topping pop-rock group the First Edition imploded in the mid-1970s. By that point, he had been playing music in some professional capacity for the better part of two decades, so he recognized he had limited options as a singer pushing 40. Country was one of the few genres of American popular music that allowed plenty of space for music and sentiments of adults in their middle age.

As it happens, country was also one of the few genres this native Texan didn’t play during his formative years. Raised on the poor side of Houston, Rogers started playing music the way so many children do, participating in church choir and singing in school. At the age of 12, he tagged along with his big sister to see Ray Charles play a concert and his world opened up. Soon, he was playing some rock & roll and singing doo-wop with his high school combo the Scholars, who released a handful of singles in Houston starting with 1956’s “Poor Little Doggie.“

He quickly went solo as Kenneth Rogers, scoring a modest regional hit in 1958 with “That Crazy Feeling,” but wound up abandoning rock & roll for jazz, taking a regular gig as the bassist for the Bobby Doyle Three. The trio played regularly and cut a record called In A Most Unusual Way for Columbia in 1962 (a youthful, clean-shaven Rogers is beaming brightly on the LP’s cover) but a few years later the group went their separate ways, with Rogers landing in a latter-day incarnation of the folk institution the New Christy Minstrels.

All these quick changes in direction happened over the course of ten years, a decade that failed to secure Rogers anything close to a national hit — a situation that changed quickly once he formed the First Edition with some fellow New Christy Minstrel refugees in 1967. The First Edition was designed to reflect their moment: namely, the paisley-spangled Summer Of Love. With Mike Post, an emerging hotshot record producer who’d later earn fame as a television composer, behind the board, they cut “Just Dropped In (To See What Condition My Condition Was In),” a trippy tune written by fellow Houstonite Mickey Newbury.

Filled with splashy studio trickery, it was a Hollywood version of an acid trip — no wonder it wound up famously scoring the Dude’s fever dream in The Big Lebowski — but its kitchen-sink razzle-dazzle was anchored by the honeyed voice of Rogers; he didn’t so much lend it gravity as made all the weirdness seem safe, even attractive. Rogers wasn’t the only lead singer in the First Edition, but by the time they earned their second Top Ten hit, “Ruby, Don’t Take Your Love To Town,” in 1969, his name was above the band’s — the first star-move in a career filled with them.

It also turned out to be a little premature. Rogers and the First Edition had one more big success (“Something’s Burning,” a No. 11 hit that built from a simmer to a quick boil) in 1970, before struggling through the first part of the decade. Records kept coming, but the hits dried up — and eventually, the group did too, leaving Rogers grinding out a living singing to 600 people at Steve Wynn’s Golden Nugget. He was lucky enough to have developed a strong relationship with Larry Butler, a record producer who was appointed the head of United Artists’ Nashville branch in 1973. Butler signed Rogers in 1975, and quickly laid the groundwork for Kenny’s country makeover.

The mid-’70s were rife with smooth country operators, and Butler steered Rogers down a path forged by Don Williams and Conway Twitty. The slow, steady country waltz of “Lucille” — a weary story song that gave Rogers first smash country hit in 1977 — crawled at the same deliberate tempo and delivered with the same slow hand as Williams, but Kenny’s vibe veered toward Twitty. Like the latter, he was mature, masculine and seductive, singing about adult romances, whether they were unrequited, shattered or fulfilled. What set Rogers apart was a sense of sly sense of showmanship, rooted equally in Hollywood and Vegas. He knew how to spin warmth and drama into his love songs, but those skills blossomed in the story songs he made his signature.

Chief among those story songs was “The Gambler,” a Don Schlitz tune debuted by Bobby Bare on his 1978 album Bare. In Bare’s hands, “The Gambler” was lean, lanky and just slightly mischievous, tall tales told by two professional drinkers at the end of the long night. Rogers realized that he was merely recounting the wisdom he learned from the old rounder; he was witnessing the revelry and life experience, not participating. That slight sense of distance is the reason why Kenny’s version of “The Gambler” not only became a crossover smash over the course of 1979, but the defining song of Rogers’ career: He coaxed out the universal truths and the pop hooks within this hard country song.

“The Gambler” changed everything for Kenny Rogers, pushing him out of the confines of the country charts, giving him a lasting career as a crooner and even opening up a side career as an actor, as the song was adapted into a TV movie in 1980. Despite this massive success, Rogers only tried to replicate its story song formula once more, with “Coward of the County,” a cautionary tale that did even better than “The Gambler” on the Hot 100 (and was also turned into a TV movie).

Instead, Rogers turned his attention to ballads, amiable trifles, and duets with female hitmakers like Kim Carnes, Sheena Easton, and Dolly Parton — music that walked the thin line separating country-pop and adult contemporary. Underneath the slick surfaces, Rogers was more adventurous than he’d seem upon first glance: He invited Carnes and her husband Dave Ellingson to write the 1980 concept album Gideon, drafted Lionel Richie to write the country-soul ballad “Lady,” incorporated elements of disco and quiet storm when both R&B sounds were fashionable, and even recorded a Prince song called “You’re My Love” in 1986. He also teamed up with the Bee Gees for Eyes That See In The Dark, a 1983 yacht-country masterwork that underscored how Kenny Rogers was at his best when he was navigating the shady gap separating country and pop.

Eyes That See In The Dark contained his last big smash in “Islands In The Stream,” a duet with Dolly Parton that became a standard on the level of “The Gambler.” Rogers racked up country hits for a couple more years — his last number one arrived in 1987 with the Ronnie Milsap duet “Make No Mistake, She’s Mine” — but he didn’t attempt to expand his reach after 1984, when he threaded modern soul into What About Me? He had found his audience, and he spent the next three decades maintaining his connection with his fans, touring constantly and recording the kind of albums that are sold in gift shops, Cracker Barrels and fan clubs: collections of holiday songs, gospel, and re-interpretations of his old tunes — punctuated by the occasional high-profile project, like 2013’s originals set You Can’t Make Old Friends.

None of this activity enhanced his stardom but it hardly diminished it, either. Kenny Rogers had long ago achieved the kind of fame where his persona was a rock that could neither be sculpted or eroded: he was a fixture in American culture, providing reassurance and warmth with his presence, whether it was on stage or on record. Rogers bid farewell to the road in 2017 and died three years later, but his hit singles still have the ability to offer comfort and console now that he’s gone.