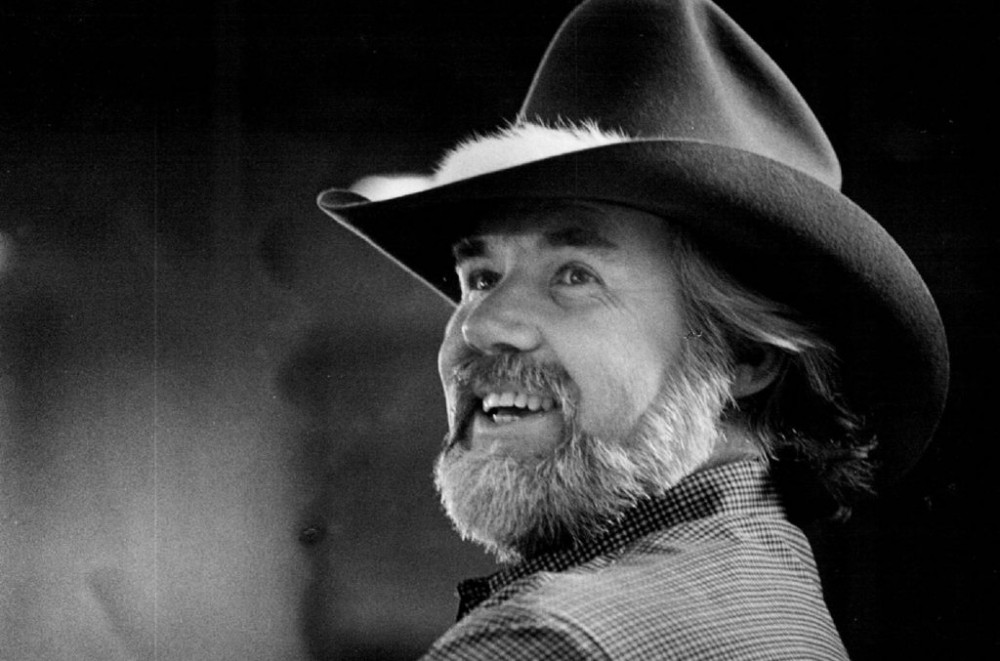 Out of the 42 songs that Kenny Rogers landed in the Billboard Hot 100, he only wrote or co-wrote five of them: 1977’s “Sweet Music Man,” 1978’s “Love Or Something Like It,” 1982’s “Love Will Turn You Around,” and 1984’s “Crazy” and “What About Me?” But that says less about his relative lack of prolificacy with a pen than it does his world-class ability to curate, interpret and channel songs by outside writers.

“I’ve always felt great songs put you in a spot, put you in a place — on a warm summer’s evening, on a train bound for nowhere,” Rogers told NPR in 2012. “You know where you are, and from there the rest of the song plays out.” By seeking out that dusky, lonesome vibe above all, he was able to take seemingly divergent songs by acts like Lionel Richie, Bob Seger, and the Bee Gees, and make them convincingly talk to each other.

Today, we mourn the sandy-voiced balladeer, actor, entrepreneur, and Country Music Hall of Famer, who died Friday (March 20) at his Sandy Springs, Georgia, home, as a master representative of the American songbook. “I never felt hamstrung by one form, even if I had been successful with it,” Rogers stated in his 2012 memoir Luck or Something Like It. “I saw no reason to limit the songs I could do.”

From the very beginning, Rogers tackled an eclectic array of outside material. After a brief stint in folk music institution the New Christy Minstrels, he and the group’s Mike Settle, Terry Williams, and Thelma Camacho departed and formed The First Edition. Their 1967 self-titled debut featured “Just Dropped In (To See What My Condition My Condition Was In),” an admonition against LSD by Nashville songwriter Mickey Newbury that peaked at No. 5 on the Hot 100 the following year.

The First Edition’s fourth album, 1969’s Ruby, Don’t Take Your Love to Town, contained two topical covers key to Rogers’ career. The despondent title track, which was written by Mel Tillis, is about a paralyzed veteran of a “crazy Asian war” (either Korean or Vietnam) who grows inflamed and paranoid that his young wife is fixing to step out with suitors.

“This was one of the most powerful songs I’d ever heard,” Rogers wrote in Luck or Something Like It, calling it “an anthem for the unseen victims of war, those who were injured by not killed.” Their version of “Ruby” hit No. 6 on the Hot 100 and it followed Rogers for the rest of his career, including at the inaugural Farm Aid concert in 1985 where he sang it for 80,000 people.

Ruby, Don’t Take Your Love to Town also included Alex Harvey and Barry Etris’s “Reuben James,” about a black sharecropper who raised a white child — an inflammatory topic at the height of the civil rights movement. “‘Ruby’ and ‘Reuben’ were both controversial songs for pop radio at the time,” Rogers remembered in Luck or Something Like It. “And were embraced, I think, because of their frankness.” (“Reuben James” did respectably at No. 46 on the Hot Country Songs chart.)

In 1976, the First Edition broke up, a blow that Rogers took hard at first. “It was like my life had just lost all the footing because I was so used to having all these guys behind me,” he said in a 2016 episode of Oprah: Where Are They Now?. “I think when you walk out there alone, you better be prepared.”

With the help of another inspired interpretation, prepared Rogers was. Newly a man without a band, Rogers delivered his 1977 breakthrough debut single “Lucille,” about a woman who leaves her husband and four children in the lurch. When the single hit the airwaves, it ruffled his mother’s feathers, Rogers claimed, because it bore her name. “I said, ‘Mom, first of all, you have eight kids,’” he wrote in Luck or Something Like It. “‘Secondly, it’s not about you. And thirdly, I didn’t write it.’”

Indeed, “Lucille” was written by Roger Bowling and Hal Bynum, but nobody could have nailed the jilted country tune like Rogers. After he performed it on The Tonight Show Starring Johnny Carson in 1978, his Nashville producer, Larry Butler, got a phone call from Atlanta, Georgia, reordering 10,000 copies of “Lucille.” Rogers was off to the races.

His third solo album, 1977’s Daytime Friends, included the rare Hot 100 hit Rogers wrote himself, “Sweet Music Man” (No. 44), but also the sassy “Daytime Friends” (No. 28), written by Ben Peters about couple-friends who have a platonic friendship by day and commit adultery after dark.

Rogers spent the rest of the decade mainly drawing on Nashville material as a solo act. In 1978, his No. 16 version of betting-man’s lament “The Gambler,” written by Bob Schlitz, became his signature song and inspired five made-for-TV spinoffs starring the singer. The following year’s No. 3 hit “Coward of the County,” written by Bowling and Billy Ed Wheeler, was a harrowing story song about a timid young man who, following the rape of his girlfriend, opts to take revenge against the perpetrators by way of a barroom brawl.

“Once we made the story-song a viable country art form for me, the songs just poured in [from outside writers],” Rogers wrote in Luck or Something Like It. “Most were stupid and not well-written, but boy, when you found a good one, it made it all worthwhile.” (Riding off of the success of The Gambler film, “Coward of the County,” too, would be converted into a 1981 TV film.)

In 1980, Rogers stretched outside of the confines of Nashville by recording “Lady,” written and produced by Lionel Richie — who was also stretching outside of the style of his funk and soul band The Commodores. “The idea was that Lionel would come from R&B and I’d come from country,” Rogers said at the time, “and we’d meet in pop.” The crossover gambit worked, and the song shot to No. 1 on the Hot 100.

Rogers continued wading into the soft-rock pool with 1983’s No. 6 duet with Sheena Easton, “We’ve Got Tonight” written by Bob Seger and originally included (under a “Tonite” spelling) on his 1978 album with the Silver Bullet Band, Stranger in Town. The same year, he released a No. 1 duet with Dolly Parton, “Islands in the Stream,” written by Barry, Robin, and Maurice Gibb of the Bee Gees. “The Bee Gees’ tracks were always a little slick but, without exception, exciting,”  Rogers wrote in Luck or Something Like It — though he also added, “I could have never been the fourth Bee Gee.”

In 1986, he released They Don’t Make Them Like They Used To, which featured the single “Twenty Years Ago,” written by Dan Tyler, Wood Newton, Michael Noble, and C. Michael Spriggs, as well as “You’re My Love,” a song that Prince had recorded back in 1982 and sat in the vault until he gave it to Rogers under the credit “Joey Coco.”
By then, Rogers’ hot streak on the Hot 100 had run out, and he wouldn’t return to the chart until 2000’s “Buy Me a Rose” (No. 40), written by Jim Funk and Erik Hickenlooper and recorded in duet with Alison Krauss. In 2013, he was inducted into the Country Music Hall of Fame.

In 2015, Rogers announced his farewell tour, titled The Gambler’s Last Deal, and he stayed on the road until 2018 when he had to get off the horse due to health issues. Two years before his passing, he got perhaps his most momentous nod when “The Gambler” was selected for preservation in the National Recording Registry by the Library of Congress. That honor, the nation’s highest for music, proved that when he was looking at songs from wide-ranging artists to make his own, Rogers knew when to hold ‘em.