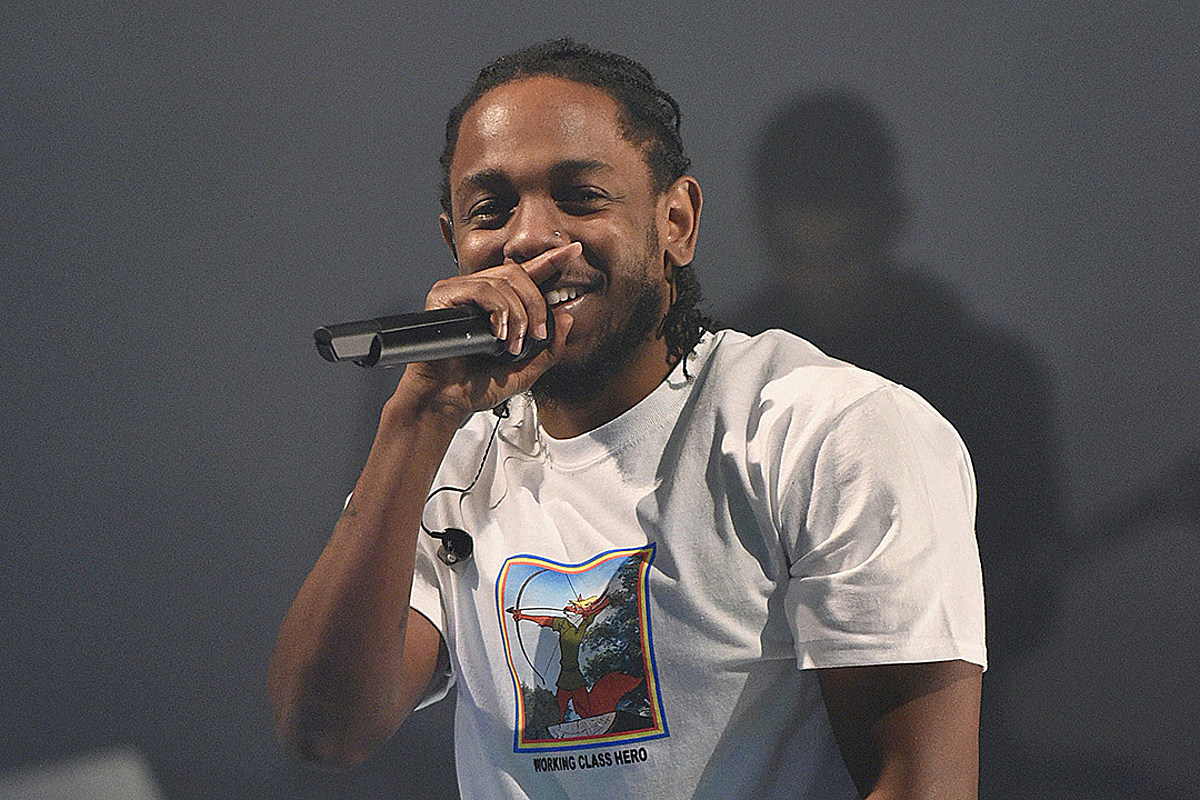 Kendrick Lamar might be returning to music sooner than we thought.

On Wednesday (Sept. 2), an image of Kendrick reportedly filming a music video began circulating on the internet. In the photo, captured on Tuesday (Sept. 1) in downtown Los Angeles, the 33-year-old rapper is seen talking on a pay phone while sitting on a plastic crate, wearing tan shorts and a clean pair of black Chuck Taylor sneakers.

While there is no clear indication that Kendrick is filming a new video for himself or somebody else, it is a good sign that Kung Fu Kenny has finally emerged from hiding. The last time fans saw the Damn. rapper, he was protesting alongside other Compton natives for George Floyd, a Black man killed by four police officers in Minneapolis, Minn. in May.

The photo serves as a potential new signal that Kendrick is gearing up to unleash the album fans have been begging for since he released his last LP in 2017. TDE's CEO, Anthony "Top Dawg" Tiffith, urged fans to "stay patient" because "king Kendrick will return soon" via social media in May. He then went radio silent about how long hip-hop junkies would have to wait for Kendrick's highly anticipated return.

The forthcoming Kendrick Lamar effort has yet to be formally announced, but was rumored to have been nearly finished since early 2020. In January, Bill Werde, a former Billboard Editorial Director, went on social media to reveal K-Dot's album was almost done. Werde also shared that the LP will be incorporating rock music influences, unlike previous projects where the rhymer indulges in jazz elements to bring his words to life.

Here's hoping K-Dot swoops in to save 2020 with a new album.