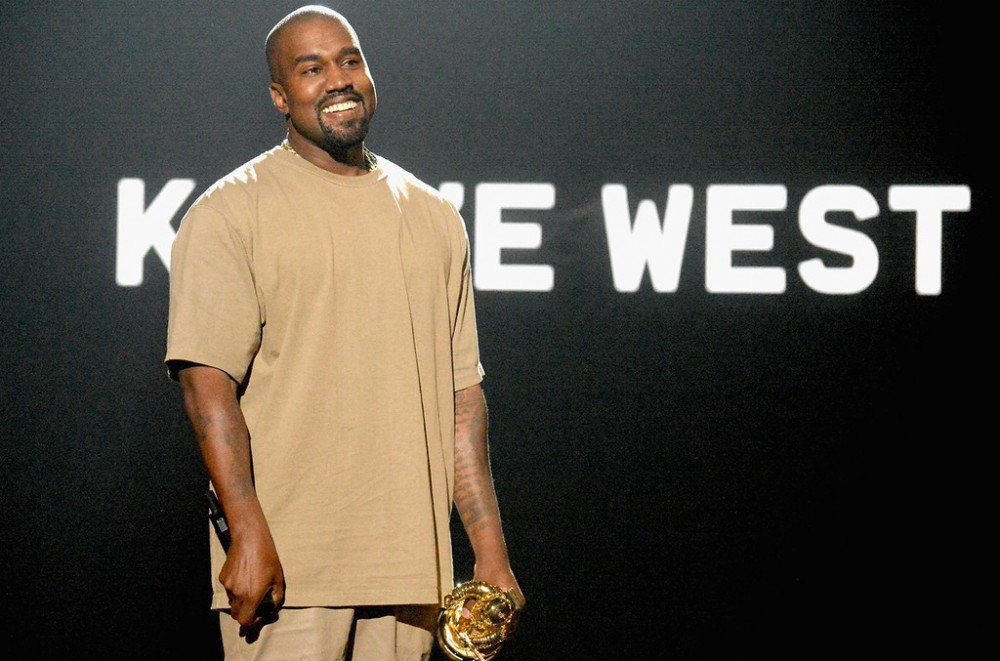 Kanye West isn’t one for subtlety, especially when it comes to big gestures. The rapper and clothing designer has penned a message on a giant mural that was displayed in front of a Gap store in Chicago’s Magnificent Mile over the weekend, according to NBC Chicago.

In the message — written in all caps, like West’s tweets, on a white canvas in black print — the musician notes that he used to shop at this very store when he lived in Chicago.

(There are also photos of the mural on Instagram. See them here and here.)

The “Follow God” rapper and clothing retailer announced their partnership on June 26. The deal would have the entrepreneur bringing his Yeezy brand — but not his wildly popular sneakers — to the Gap.

The same day, West tweeted a photo of brightly colored clothing with the hashtag #WestDayEver — which was being used to promote the partnership — potentially hinting at what the collab may look like. The eye-catching colors are a departure from the garments he has shown at fashion week. His Yeezy season one and two collections were mostly gray, black and beige.

His collection is expected in stores next year.