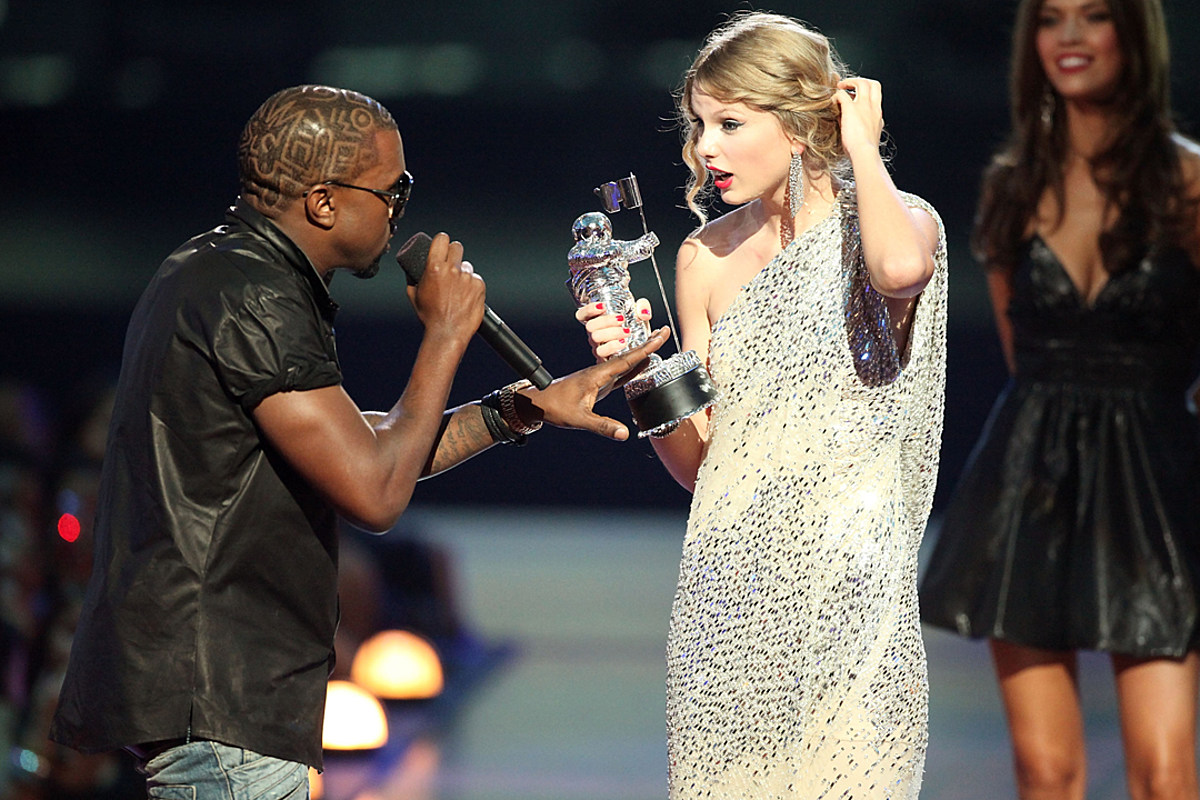 During a recent interview with Nick Cannon's Cannon's Class that was uploaded to YouTube on Tuesday (Sept. 1), Kanye revealed he felt called by God to interrupt Taylor Swift's acceptance speech to declare Beyoncé's video for "Single Ladies" the "best of all time." Kanye didn't name-drop Taylor during the conversation, but he did describe going on the VMAs stage to denounce Bey not receiving the award for Best Female Video, which was won and being accepted by Swift.

"If God ain't want me to run on stage and say Beyoncé had the best video, he wouldn't have sat me in the front row," Kanye begins. "I woulda been sitting in the back. They wouldn't have made it the first award and it wouldn't have made it so ridiculous of an idea because I would have heard of this person before then. And "Single Ladies" is one of the greatest videos of all time."

'Ye then claims he was drinking Hennessy cognac during the show because he was reluctant about attending the event in the first place. "I was only drinking Hennessy because I didn't want to go to the awards show because it was a set-up," the rapper explained. Kanye was spotted on the red carpet, prior to the show starting, with a bottle of the brown liquor in his hand.

This 11-year-old moment sparked millions of memes and became a trending topic on social media for years to come. But, it was also the catalyst for beef between Swift and Kanye that would last well into the following decade. Last year during an interview with Rolling Stone, Taylor spoke on the infamous incident with Kanye, the controversial name-drop in his single, "Famous" and the leaked phone call regarding the record, which appears on his The Life of Pablo album.

The portion where Nick Cannon and Kanye West speak about the award show incident with Taylor Swift starts around the 29:23-mark below.

Also, take a look below to see the clip of Kanye West interrupting Taylor Swift at the 2009 MTV VMAs.