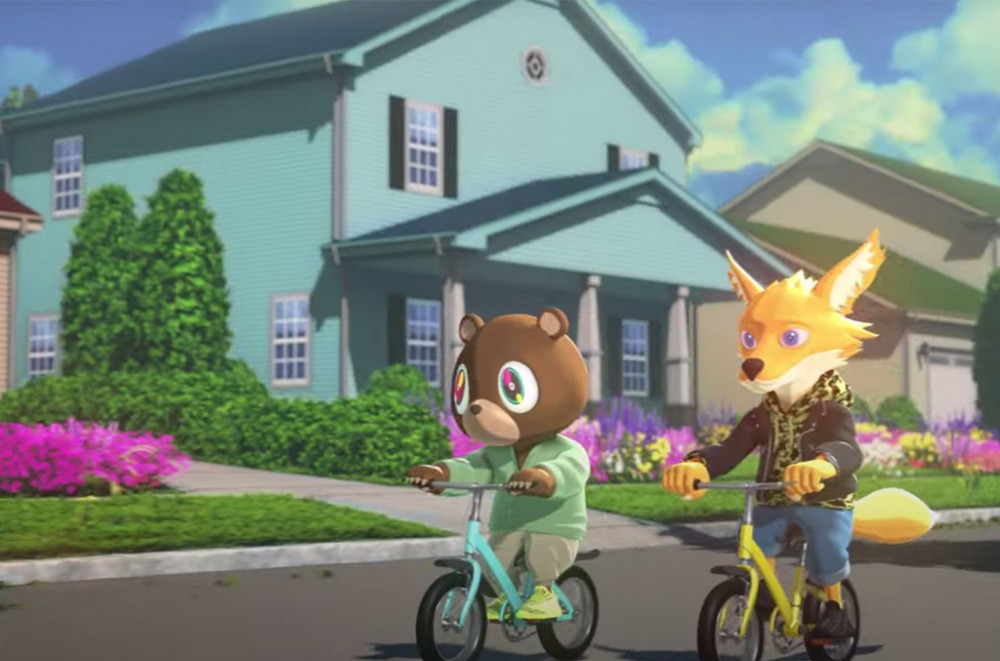 Japanese contemporary artist Takashi Murakami directed the series named after the duo’s Billboard 200 No. 2 album from 2018, which Murakami also designed the artwork for. But both rappers ditched their stage names for their somewhat familiar animated characters, as West takes on his beloved album’s artwork mascot “Kanye Bear” and Cudi stunts as “Kid Fox.”

Originally, the “Day ‘N’ Nite” artist wanted to be a dog, according to Murakami’s 2018 interview with Complex. But West had a different vision. “Initially, it was the Kanye bear and Kid Cudi is a fox. Kid Cudi said, ‘My character is a dog.’ We were talking and making up the character for two hours, and I did the bear thing and dog thing,” the 58-year-old Tokyo-based artist explained at the time. “Kanye was quiet and then finally he saw the character and was like, ‘Cudi, you are the fox. You’re a fox. No dog. You’re a fox, OK?’ Kid Cudi said, ‘OK.’ So I had to change the character into a fox.”

The two-minute preview shows off the characters getting sucked into the “4th Dimension,” as the Kids See Ghosts track featuring Louis Prima‘s vocals soundtracks their out-of-this-world experience. But leave it to Kanye Bear to trick out his Yeezy sneakers and save him and Kid Fox from peril.

Watch the teaser trailer for their Kids See Ghosts animated show below.