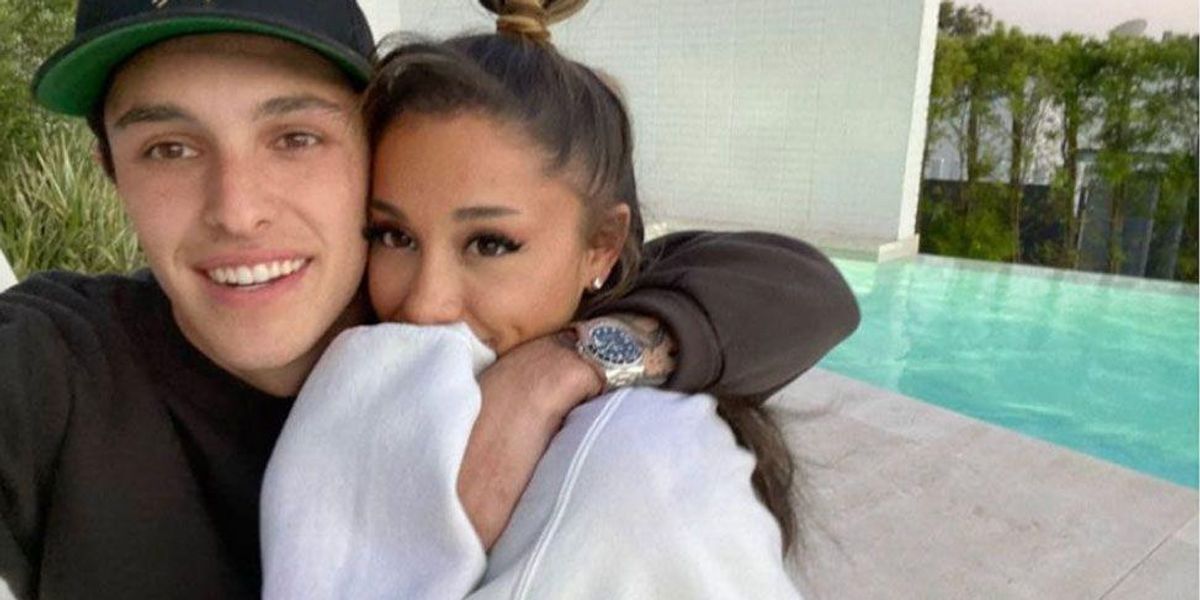 After weathering a headline-making, tumultuous dating life over the past few years, it would appear the “thank u, next” singer is settling down.

Grande announced her engagement to boyfriend Dalton Gomez on Sunday, posting photos of an enormous diamond ring along with a series of pictures showing her and Gomez cuddling. She captioned the post “forever n then some.”

What Do We Know About Dalton Gomez?

Evidence suggests that the couple has been together for nearly a year, with Gomez first making an appearance on Ariana Grande’s Instagram in June.

Dalton Gomez is a buyers agent for the luxury real estate firm Aaron Kirman Group in Los Angeles, California. According to the company’s website, he has been working in the business for five years and was also born and raised in Southern California. The website also states that he is “highly sought after for his extensive knowledge in the fields of significant architecture and luxury estates, [and] he is quickly becoming an industry titan.”

It would also seem that Gomez is not new to mingling with A-listers, as Miley Cyrus and other celebrities have appeared on his Instagram stories as early as 2017.

It’s also possible that Ariana Grande and Dalton Gomez have been dating for longer than it may seem, as the singer supposedly wanted to keep the relationship private. On March 25, a source told People that Grande “has been with the same group of people for days,” the outlet’s source said. “One of the people she is with right now is Dalton — they have been hanging out for a couple of months. Ariana doesn’t want to do another public relationship so she is trying to keep this one quiet, but she seems very happy with Dalton.”

Another source told Entertainment Tonight at the end of July tha “Dalton and Ariana are in Los Angeles together during quarantine, and it has been a great opportunity for them to spend quality time together.”

The biggest glimpse we’ve gotten into the pair’s relationship came on Gomez’s birthday in August, when Grande posted an Instagram showing the couple kissing and cuddling with the caption, “hbd to my baby my best friend my fav part of all the days 🙂 i love u.”