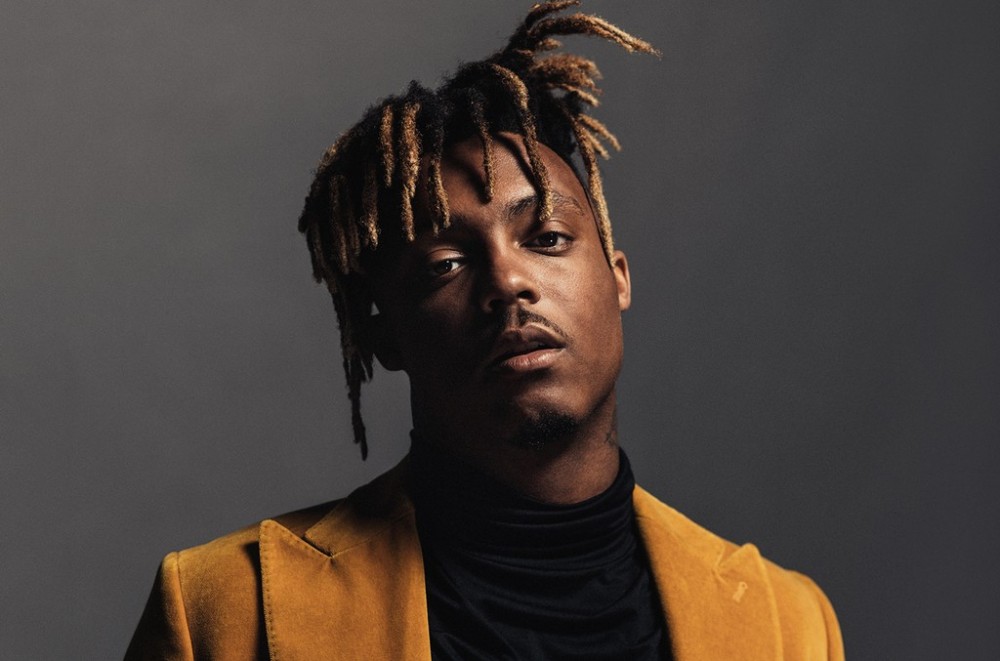 One week after Pop Smoke released his first posthumous album Shoot For the Stars, Aim For the World, today (July 6), Juice WRLD enters the fray after Grade A/Interscope Records announced his forthcoming release Legends Never Die, slated for Friday (July 10). To kick things off, the first single, “Life Is a Mess,” arrived featuring past collaborator Halsey.

After pairing up on the pop singer’s 2019 remix to “Without Me,” the emo-tandem reunited on the Rex Kudo and Charlie Handsome-produced track. The new love-laden record “Life Is a Mess” serves as Juice’s third single, following “Righteous” and the Trippie Redd-assisted “Tell Me U Luv Me.”

Along with Legends Never Die, Juice WRLD fans also can expect a hearty merch collaboration between the “Lucid Dreams” crooner and gaming organization FaZe Clan. Based on Juice’s love for video games and paintballing, the latest collection will include graphic tees, hoodies, and more.

FaZe Adapt spoke on his relationship with the fallen star. “Juice had a huge impact on my life personally, and the fact that we get the chance to work with this team on this drop for his posthumous album is really, really special,” says Adapt.”We hung out and went paintballing once last summer. After that we talked a couple times over the phone, thru text, and we made plans about hanging out again: playing Call of Duty, going paintballing again. I was really looking forward to it.”

Juice WRLD’s manager Peter Jideonwo chimed in the collaboration: “Juice really loved gaming and loved the FaZe guys. They did an amazing job on this merch line and we are so glad to see this collaboration is coming out in honor of Legends Never Die.”

The limited collection can be purchased here. Listen to “Life Is a Mess” and check out his album artwork below.