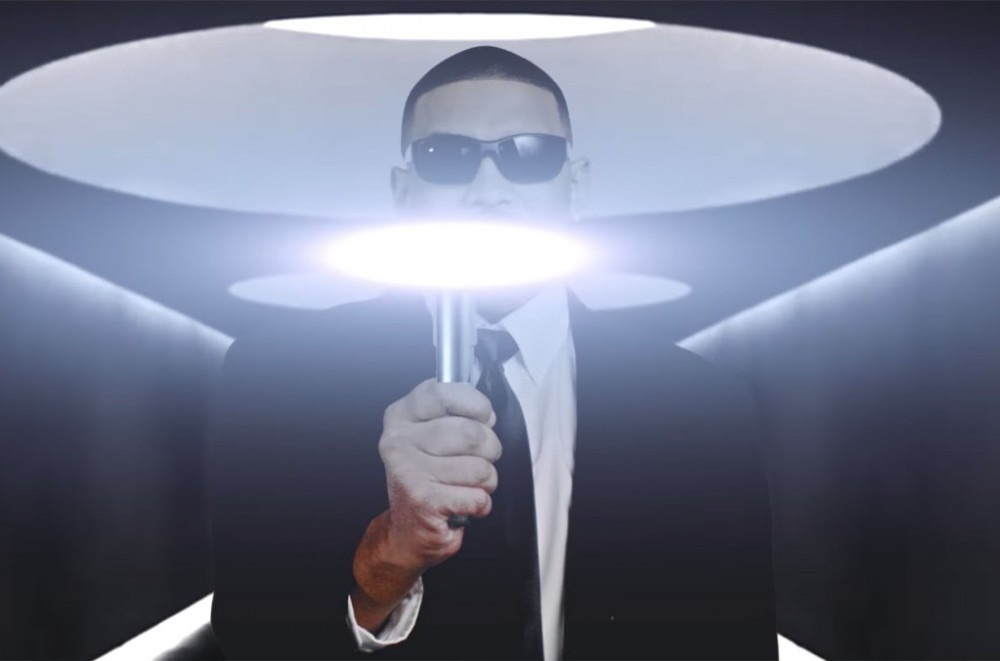 He's also a Man in Black in the genre-hopping clip.

Joyner Lucas is all the Will Smith‘s in his shape-shifting video for his tribute track “Will.”

In the visual for the homage to the original Fresh Prince of Bel-Air, the Massachusetts rapper morphs into half a dozen classic Smith movie and TV characters as he unfolds the story of how influential the box office legend has been on his career.

“I’m feelin’ like Will (Hey)/ I think I’m a prince, I’m feelin’ myself (buck, buck)/ I’m loaded with bills, ’cause I wasn’t blessed with no Uncle Phil (woah)/ Don’t know how it feels/ I wanted to flex, they told me to chill,” he rhymes on the chorus at the outset of the clip, in which he dresses up in the classic Fresh Prince backwards hat, purple pants and striped shirt.

Lucas grabs a couple guns to slip into a Bad Boys mode, then a black suit and shades to transform into a Man in Black, before hitting the Wild Wild West over lyrics that drop verbal references to Smith’s movie highlights. The trip takes Lucas to the land of I, Robot, Shark Tale, The Pursuit of Happyness, I Am Legend, Concussion and Aladdin on the track in which the rapper implores us to pay homage to our heroes while they’re still around.

The clip ends with a very special moment and a personal note from Lucas to Smith. In a post on Wednesday, Smith said he was “humbled and honored” by the song that dropped on Monday, sharing a clip of the video for his nearly 44 million Instagram followers with the message “WOW!!! That’s Crazy!” The song is from Lucas’ debut studio album, ADHD, which drop on Friday (March 27).

Watch the “Will” video below.