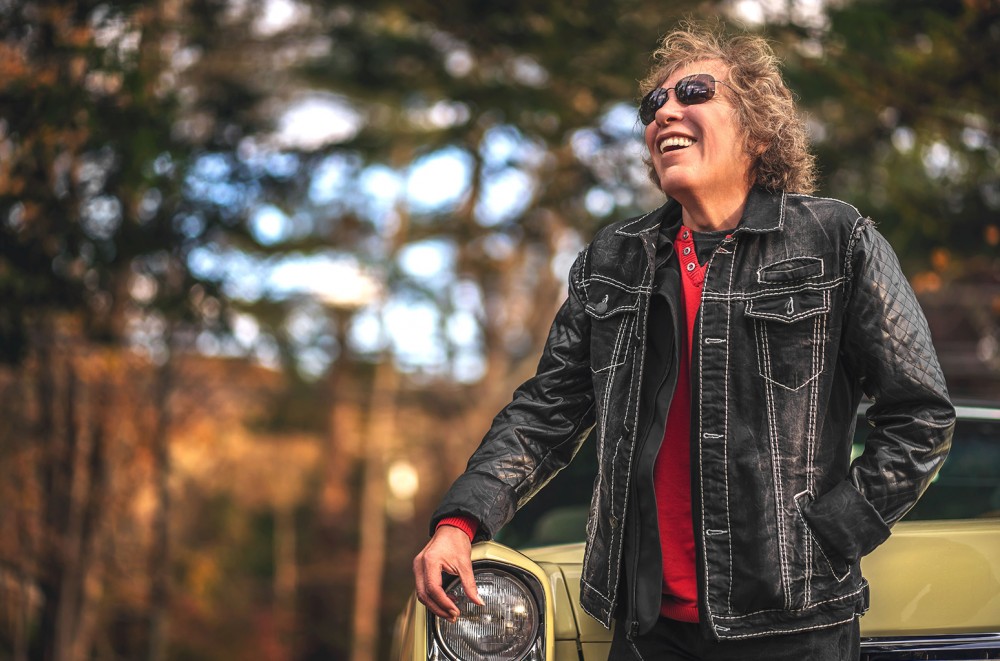 José Feliciano balked a bit when producer Rick Jarrard suggested he record a rendition of Fleetwood Mac's "The Chain," whose video is premiering below from the Puerto Rican singer's upcoming new album Behind the Guitar. But considering that Jarrard was the same guy who convinced him to record a hit cover of the Doors' "Light My Fire" in 1968, Feliciano eventually – and wisely, in his estimation – acquiesced.

"I didn't think it was a Feliciano song; I thought it was only good for Fleetwood Mac," Feliciano, who releases Behind the Guitar on Jan. 31, tells Billboard. "But Rick has that knack; He knows what'll fit and he knows what won't fit, so I'm lucky. We talked about it, because Rick and I never argue, and he had a little tough time convincing me it was a good song for me. But once we got started and once I got into it I thought, 'OK, this is a different version than Fleetwood Mac's.'" Feliciano's version adds flamenco guitar patterns and also retools what was a three-part vocal arrangement to just one singer, albeit with some backing vocals on the track.

"I thought, 'Well, if we're gonna do the song, do it differently, not the same way,'" Feliciano says. "Once the (instrumental) tracks were done in Nashville I went to my sound tech's studio in Connecticut and did the vocals and we put it together and I'm really happy with how it came out. I think it has real hit potential."

The eight-track Behind the Guitar, which also includes a new recording of the holiday hit "Feliz Navidad," marks the first time Feliciano has recorded in Nashville. In addition to "The Chain" the set features a selection of original songs, dipping into autobiography with the title track and making some social commentary in "I'm America" and "Love One Another." "With everything that's happening in the world today, those songs are very important," Feliciano says. "We have to start loving one another. Since God gave me the privilege of having a voice, I should use it to bring people together, and I always have. "

Feliciano hasn't announced live dates yet to promote Behind the Guitar, but he is appearing at a special event Feb. 11 at the Grammy Museum in Los Angeles. Feliciano, who this year marks the 55th anniversary of his first album release, is also working on a memoir as well as a documentary about his life and career.

"It feels like I'm in the midst of another great comeback – except I never left," he says with a laugh. "I've always been here, you know? I've been listening to music, to where it's gone and where it's going. I think I've matured, vocally. My guitar playing has gotten better. But I have no complaints. I'm glad to be back!"