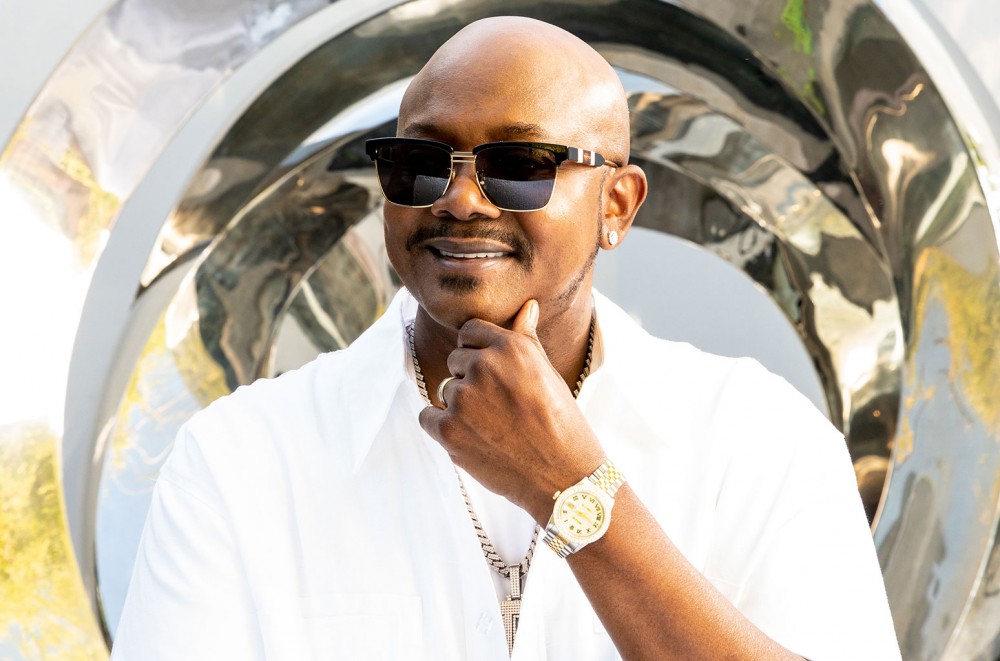 “Special” is the first project from the K-Ci & JoJo veteran’s family-centric JT Entertainment.

Joel “JoJo” Hailey (K-CI & JoJo, Jodeci) is ringing in Valentine’s Day and the new decade with his first solo single, "Special." The song and its video—premiering exclusively on Billboard today (Feb. 13)—will formally be released tomorrow (Feb. 14).

JoJo, who penned the Michael "Smoov" Bell-produced “Special,” says the mid-tempo R&B/pop track was inspired by the concept of "universal love. This is a love song that you can dance to and feel good about with your special someone."

The song is also special for another reason. It’s the first project from JT Entertainment, the independent label launched by the crooner and his wife Tashaunda "Tiny" Hailey. Planning to release JoJo’s debut studio album later this year, the family enterprise is also slated to issue more new music this spring by a roster that includes JoJo and Tashaunda’s two daughters, Kayla Tiffany and Sakoya Wynter, and their nephew Devin Hailey. The R&B/hip-hop-focused label is distributed by Nashville-based Symphonic Distribution.

"I wanted something just for my family," says JoJo of creating JT Entertainment. "We have a lot of talent within [our household]."

JoJo’s comeback follows his stints as a member—along with his brother K-Ci Hailey—of two successful acts that were ‘90s R&B hallmarks: Jodeci and K-Ci & JoJo. Jodeci charted a string of R&B/pop crossover hits (“Come & Talk to Me,” “Forever My Lady,” “Cry for You,” “Freek’n You” and “Lately”) and three platinum albums.

Under the K-Ci & JoJo moniker, the Hailey brothers unleashed multiplatinum debut album Love Always in 1997. In addition to the Grammy-nominated Billboard Hot 100 No. 1 "All My Life," the project featured the top 10 R&B hits “You Bring Me Up” and “Last Night’s Letter.” The duo released four more albums between 1999 and 2013, including the multiplatinum It’s Real and the platinum X, boasting hits such as “Tell Me It’s Real” and “Crazy.”

Among K-Ci & JoJo’s other credits is their guest role on the Tupac Shakur chart-topper “How Do U Want It” as well as “Life” from the 1999 film of the same name.

"It’s a different game from where we came from,” says JoJo of today’s R&B scene. "They do what they do and we did what we did. I have respect for the new generation of music. But we talked about love and promoted love, and today people are just talking."

Now sober after battling alcoholism and other health-related issues, JoJo is ready to come out singing. He’s ramping up a remix of “Special” featuring Snoop Dogg to be followed by several more tracks in the lead-up to his solo album debut. Besides Bell, JoJo is collaborating with songwriter/producers Darrell “Delite” Allamby, Roosevelt “Rose” Griffin Jr., Roman Perkins and Serlatheo Quinlan—several of whom worked on K-Ci & JoJo projects.

“This year fans can expect 100 percent JoJo, a combination of everything I’ve been through in this music industry in the last 25 years,” says the Monroe, North Carolina native of his new solo career. “The ups and downs; highs and lows. If you don’t put God first in everything you do, you will be the last to receive your blessings. Keep praying and believing."