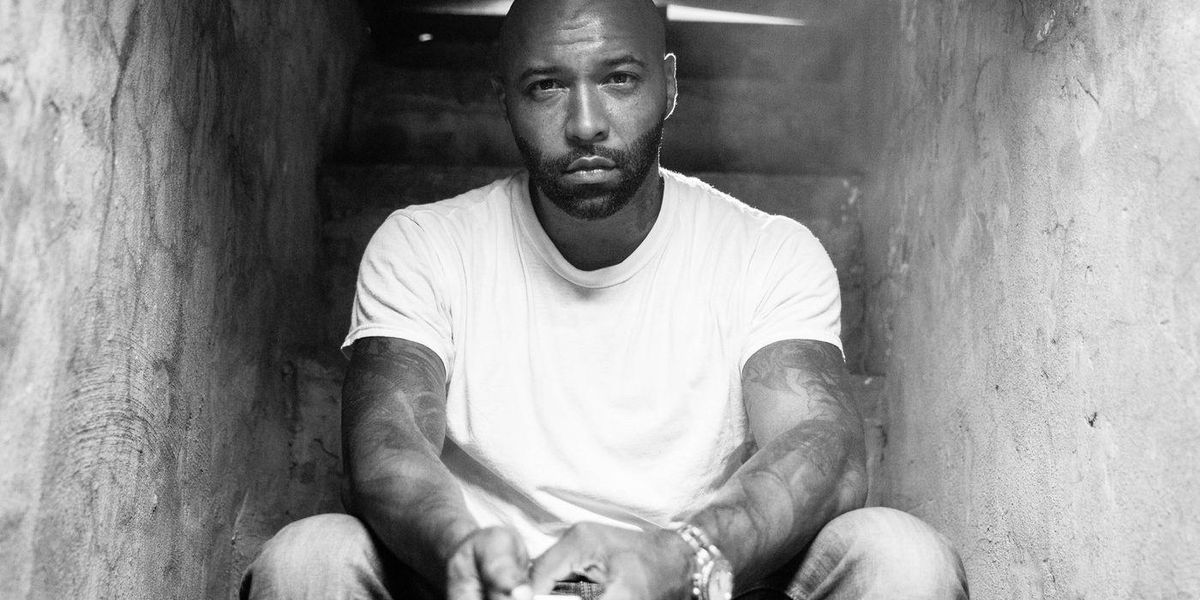 I became a fan of Joe Budden‘s music in high school.

His introspective yet brooding temperament was relatable to a teenager experiencing peak angst who sought refuge in Hip-Hop. Joe’s lyricism and transparency resonated with me as an adult as well. His accounts of his bouts of depression and using various vices to cope with them became the soundtrack to my life. The one quality I admired the most about the New Jersey emcee, beyond his wordplay, was his willingness to be the industry’s biggest villain.

For me, Joe’s condescension and narcissism were extensions of his passion for Hip-Hop culture. Much like myself, he was both a participant and a lifelong fan whose affinity for the genre resulted in the endless consumption of lyrics and obscure rap facts. His transition into an award-winning podcast host and interviewer inspired countless rap artists/rap nerds like me to apply this presumably useless knowledge to careers in the media and content space.


The success of The Joe Budden Podcast is due to Joe’s propensity to send shockwaves through the industry with his scathing hot takes on his once fellow artists. Budden and his co-hosts of friends (Mal, Rory, and Parks) have gone viral time and time again for their harsh critiques and brash commentary on rap’s top stars while cultivating a rabid fanbase that can give The Barbs and The Beyhive a run for its money.

Budden’s polarizing presence has been the key to both his success and, depending on who you ask, his downfall. He resides somewhere between a passionate culture commentator looking to restructure the industry in favor of creators and a jaded blowhard looking to agitate its top stars for his amusement. Joe Budden’s indulgence in being corporate Hip-Hop’s worst enemy has made him his own kind of entertainer.

Indeed, Joe’s status as Hip-Hop’s Howard Stern has come with its fair share of enemies. He’s run afoul with Nicki Minaj on several occasions. Joe’s constant negative criticism resulted in a violent tongue lashing from the “Moment 4 Life” rapper when he appeared on her Apple Music radio show, Queen Radio.

His Adderall-inspired review of Drake’s albumViews and his verbal pummeling of Eminem’s album Revival strained his personal and professional relationships with both rap titans as well. He called Drake “uninspired” and said Eminem’s single “Untouchable” was the worst song he’s ever heard.

Many of Joe’s peers have cited his delivery as the problem when speaking on an artist’s craft. Since Joe is a former artist himself, they expect a certain level of discretion and courtesy when having their art discussed on his platform.

Yet his tirades about a top-tier act’s underwhelming body of work or career trajectory come across as personal. In his mind (and to anyone familiar with him), Joe’s comments are facetious exaggerations. But to outsiders, his brand of constructive criticism takes on a life of its own and becomes a source of contention.

However, Joe’s hostile attitude towards corporations doesn’t keep him from using their platforms and resources. In return, they employ him to be a disgruntled, aging outlier raging against the machine that is mainstream Hip-Hop. But his now soured relationships with Complex and Spotify may be a case of both conglomerates getting what they paid for.

His time on Everyday Struggle on Complex came to an end in 2017 after contract negotiations fell through. In 2020, his podcast left its exclusive home of Spotify after Joe claimed the company wouldn’t compensate him accordingly for increasing the platform’s podcast’s listenership.

Despite his hatred for corporate media entities, Joe still chooses to get in bed with them — only for the fallout to be attributed to the company’s unrelenting mission to take advantage of creatives.

Joe’s most recent issue may be one that has major consequences if not rectified. As it stands, his podcast co-hosts Rory and Mal haven’t appeared on recent episodes, and their absence caused fans to speculate about the crew’s relationships. Joe explained the current standings between him and his friends on the latest episode of his podcast, summarizing their differences as a disagreement rooted in ego and lack of communication among friends.

Making Joe the scapegoat in this scenario is presumptuous. However, he does have a past of damaging relationships with his co-workers/friends. He fired Marisa Mendez from the podcast in 2016 via text, which was both unprofessional and disrespectful. Mendez’s career continued to flourish after her departure, and her exit resulted in Mal coming aboard and the show taking off, but Joe’s tacky approach to her dismissal isn’t something a friend would do.

Joe’s stubbornness and lone wolf mentality are what many believe derailed the moment Slaughterhouse had on Shady Records, because of his outspokenness and reluctance to comply with the label and Eminem’s vision for the group. Plus, his abrupt retirement from Hip-Hop potentially killed any chance of the group reforming.


Joseph Anthony Budden Jr’s pursuit of a vision where the artists control their own destinies makes him a hero or heel, depending on the perspective. To some, he’s a martyr making hard sacrifices to protect the integrity of his mission and the culture. To others, he’s a pariah seeking vengeance on the industry that didn’t elect him to be its next star.

He’s pissed off record labels, iconic rappers, and his friends in the name of his convictions and goals. But Joe’s biggest opposition in the industry and life resides in the mirror.