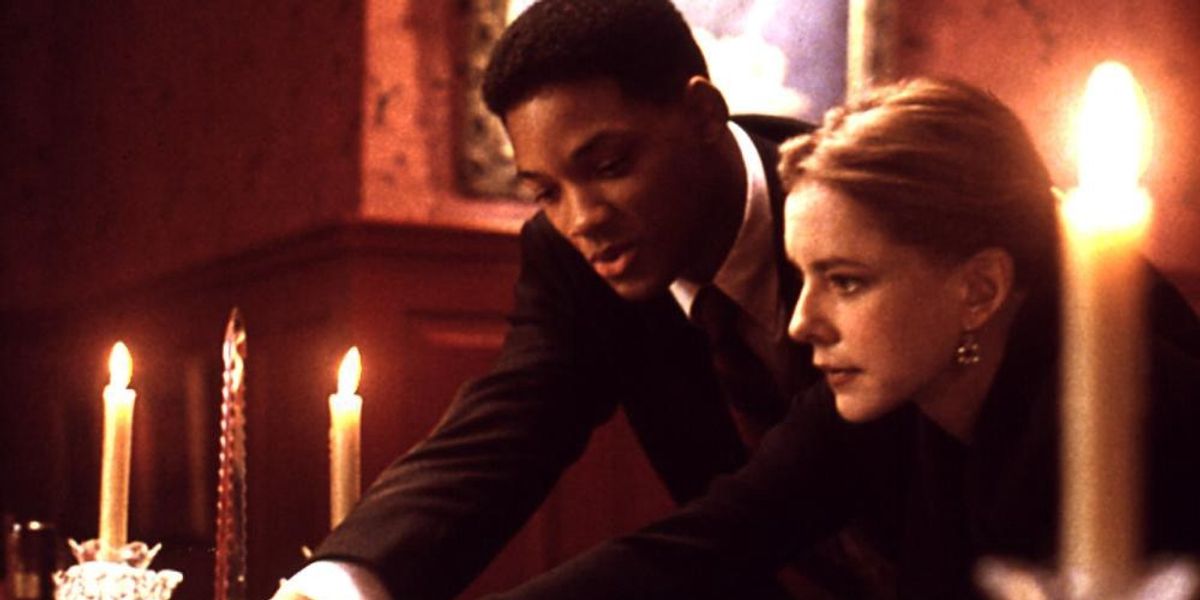 Hip-Hop has always consisted of larger than life personalities. Rappers have unique backstories and ways of storytelling that essentially make them into characters, so the fact that many of them have made the transition from music to film and television is a no brainer.

While some should stick to their day job, others have flourished tremendously beyond the realm of bars and beats. Being able to showcase their range of talent as thespians has introduced some of the biggest stars in Hip-Hop to a different audience and stream of revenue.

Here are rappers who are just as good in front of the camera as they are behind the mic.

Will Smith‘s journey in show business began with his career as a rapper under the moniker The Fresh Prince. Alongside his childhood friend and DJ, Jeffery ‘DJ Jazzy Jeff’ Townes, Smith would become one of Hip-Hop’s most promising rising stars at the time.

But it would be his starring role in his TV series The Fresh Prince of Bel-Air that would make him a global megastar. A novice when the series first aired on NBC in 1990, Will would hone his craft throughout the show’s duration. His easy likability and dedication to becoming a better actor made him into one of the most sought after stars in the world.

Though his life was cut short in 1996, Tupac had an impressive body of work in music and film. He attended the Baltimore School for the Arts with Jada Pinkett-Smith in the 80s, but it was his family’s relocation to California that would be the turning point in his career.

His debut album 2pacalypse Now was released in 1991, and the following year he would land his first starring role in the movie Juice. Attending a performing arts school gave him an advantage when it came to delivering on-screen. His most famous roles are in the previously mentioned Juice and Poetic Justice starring Janet Jackson.

Hailing from Newark, New Jersey, Dana Owens AKA Queen Latifah paved the way for women in Hip-Hop. Her message of female empowerment was a much-needed voice in the male-dominated genre. But, her crowning achievements (pun intended) were in the form of film and TV roles.

Latifah would make cameo appearances and play small roles in popular 90s shows and movies like Juice and The Fresh Prince of Bel-Air. But much like Will Smith, her notoriety as a skilled actress came from being the star of her sitcom Living Single.

Latifah’s talent extended past comedic roles. Her portrayal of a female bank robber in the film Set it Off, and her roles in film adaptations of the Broadway musicals Chicago and Hairspray, would highlight how well-rounded her majesty is.

How did Ice Cube go from being part of ‘The World’s Most Dangerous Rap group’ N.W.A. to playing an accident-prone stepdad in the film Are We There Yet? The Compton emcee broke into Hollywood via the John Singleton directed classic Boyz N The Hood.

Cube’s bulldog facial expressions and gruff delivery made him perfect for intense dramas like The Glass Shield and Higher Learning and comedies like Barbershop and Ride Along. Cube’s involvement in the film industry has seen him go from actor to producer, writer, and director. His brainchild Friday and its sequels have become pillars in Black cinema.

Another pioneer of Los Angeles gangster rap,Ice-T went from crafting songs about murdering police officers to portraying one. His big break as an actor came in 1991 in the form of the crime-drama New Jack City where he played an undercover cop.

After New Jack City, Ice-T would appear in various films and shows. But he would find success yet again donning a badge and gun. He joined the cast of Law & Order: SVU in 2000. As Detective Odafin ‘Fin’ Tutuola, he became one of the series’ most popular characters. This year’s season premiere marked Ice-T’s 20th season on the show.

When you’re sharing the spotlight with eight other unique personalities, the ability to be able stand out is almost a prerequisite.

Method Man is one of the first names that come to mind when discussing the legendary Hip-Hop group Wu-Tang Clan. His razor-sharp lyrics and demeanor made him one of the Clan’s frontrunners.

Method Man’s personality was too engaging to be confined by Wu-Tang and Hip-Hop, so jumping into the realm of acting was almost inevitable. Most of his filmography consists of cameo roles as himself. But the Staten Island emcee has notable roles in movies like Belly and How High, and television series like Oz and The Wire.

Big Boi and Andre 3000, better known as Outkast, are not just trailblazers in southern rap. They introduced the world to a style and sound that many have tried to replicate. They both have experienced success as solo artists, and Big Boi has dabbled in acting as well. But Andre 3000’s range as an actor is just as eclectic as his range as a musician.

Andre has stolen scenes in movies from every genre imaginable. He plays trigger happy henchman in the comedy Be Cool and the level-headed older brother of a group of misfits in Four Brothers. He would also have the distinct honor of playing Jimi Hendrix in the film Jimi: All Is by My Side.

He may not have experienced the same level of mainstream success as the other entries, but what Yasiin Bey lacks in platinum plaques he makes up for in quality performances as an actor. Yasiin has appeared in comedies, biopics, and everything in between. He portrayed Rock & Roll pioneer Chuck Berry in Cadillac Records as well as Dr. Vivien Thomas in Something the Lord Made.

Chris “Ludacris” Bridges made a career leap from radio personality in Atlanta to one of Hip-Hop’s most impressive emcees. His lyrics were as animated as the videos created for them, and his over-the-top charisma made him an instant star.

Luda has appeared in Max Payne and Hustle & Flow. But his most memorable (and highest paying) gig is the portrayal of the car enthusiast/hacker Tez in the wildly successful The Fast and the Furious franchise.

When Hip-Hop started to become mainstream in the 80s, Queens rapper LL Cool J was front and center. His braggadocious swagger made him one of the most feared emcees around, and his chiseled good looks made him an object of desire. These two traits alone made him perfect for Hollywood.

Much like his other contemporaries, LL would portray himself in earlier roles. But like most Hip-Hop acts in the 90s, he would secure a sitcom centered around himself called In The House. He also showcased a wide range through his decades as an actor. He would play a drug dealer in the film In Too Deep and a football player in Any Given Sunday, and currently, he plays an agent on the hit TV series NCIS: Los Angeles.