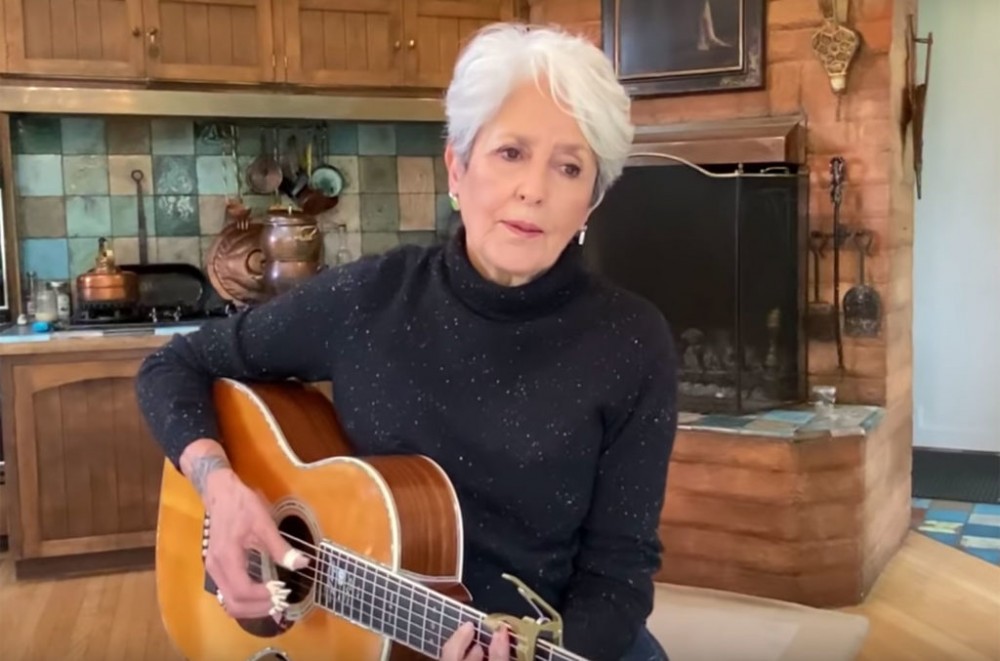 The music community is reeling from the news that John Prine has been hospitalized following symptoms from the coronavirus. In an effort to provide hope and prayers for Prine and his wife, Fiona, Joan Baez shared a performance of “Hello In There” live from her home.

“I want to sing a song for John Prine, who is a friend and a fellow singer-songwriter, and his wife, Fiona,” Baez said ahead of her performance of the cover. “John is in critical condition on a ventilator from COVID-19 and his wife has also tested positive.

“John, this song I have sung of yours has been one of the most requested songs in my repertoire for over 40 years. Let me sing it to you and send along with my best wishes and prayers.”

Alone in her kitchen on acoustic guitar, Baez performed the memorable story song. She ended the moving cover by blowing a kiss to Prine and his wife.

“Hello In There” was featured on Prine’s debut self-titled album released in 1971 via Atlantic Records. The song was covered by countless other artists as well as featured on their albums including Baez, Bette Midler, and David Allan Coe.

Watch Baez’s cover of “Hello In There” below.