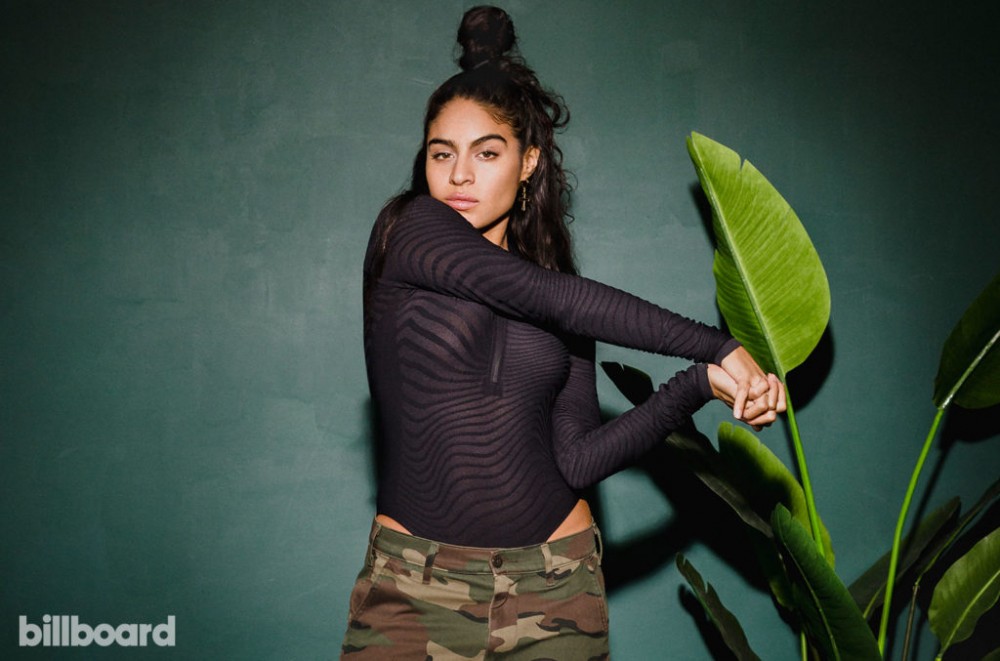 The third time is definitely the charm when it comes to Jessie Reyez and Eminem. The dynamic duo get together on the homicidally sweet love ballad “Coffin” on Reyez’s long-awaited debut album, Before Love Came to Kill Us, which dropped on Friday morning (March 27). The deceptively sugary track is a chronicle of an obsessive love that might just land the couple in a grave built for two.

“We fought until the sun rose And I still ain’t been to bed (bed, bed)/ And while you got your eyes closed/ The devil wakes up in my (head, head)/ He told me that you hate me/ And you blame me
And you said that you wish that you were dead/ So I write a little note out/ Suicidal love roulette,” Reyez sings over gently strummed guitar.

What kind of maniacal love is this? The kind that makes her want to jump off a roof and order a coffin built for two because she loves him like that, “just like a fool.” It’s the third time Em and Reyez have collaborated, following “Nice Guy” and “Good Guy,” which were appeared on Em’s 2018 Kamikaze album. And in keeping with Marshall’s love-you-to-death fetish, his verse is full of amore, hate and everything in between.

“Almost had a child with you Would’ve settled down with you/ Now put you in the ground and bury myself with you/ I don’t get you, it’s as if you’re drowning/ I stick my hand out, but you fool me/ You’re just trying to pull me down with you (down with you)/ Thought it was you my world revolve around (’round),” Em spits in a vicious verse that also ends with him pledging his endless love.

Listen to “Coffin” below.