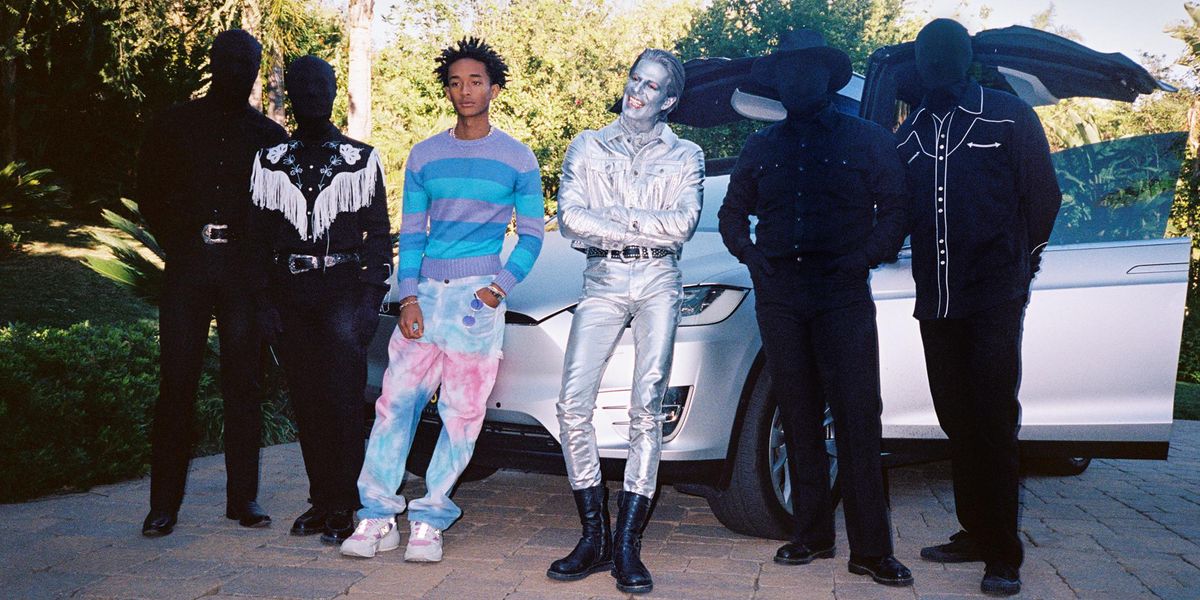 Every musician in 2020 is using their music videos to feature their celebrity friends.

The Neighbourhood just jumped on the trend with the video for their newest single, “Stargazing,” which appears on the Deluxe Version of their album, Chip Chrome & The Mono-Tones.

Musicians have been hit hard by the pandemic. With live tours canceled and Instagram livestreams the only substitute, musicians have been itching to expand beyond living room concerts. Production is slowly beginning again on music videos, but elaborate film options are limited.

The earlier stages of quarantine brought iPhone camera videos and purportedly intimate glimpses into the lives of our favorite musicians, though no doubt these were heavily curated, too. Recently, the trend has been for musicians to recruit their famous friends for collaborations and cameos.

The list is long: pop giants of the summer like “WAP” by Cardi B and Megan Thee Stallion commissioned Normani and, for some reason, Kylie Jenner to appear in the video; the video for Drake’s “POPSTAR” starred Justin Bieber; there was Shawnmila’s cringey Christmas collaboration, and more.

More than any other contemporary band, The Neighbourhood goes through constant reinvention. From their first album’s gritty California indie-rock sound to a Hip-Hop inspired mixtape, atmospheric ’70s sounds, and frontman Jesse Rutherford‘s own solo ventures, the group has resisted repetition.

Their newest album sees them embodying the characters of Chip Chrome & The Mono-Tones, for which Rutherford paints himself silver and plays the role of Chip, a lonely eccentric. Previous videos from the album have followed Chip around LA. Unrequited love in “Pretty Boy,” a roadtrip in “Devil’s Advocate,” an ’80s game-show-inspired performance in “Lost in Translation,” to name a few.

“Stargazing” finds Chip looking for connection, trying to give others the good feeling he’s lacking. He and the Mono-Tones move from a trailer in the type of field in which I imagine crop circles would appear or aliens would land, to empty LA streets and an empty LA theater, where Chip dances alone on stage as the others watch.

The group also takes a journey through Los Angeles’s hidden hills, knocking on the doors of Mac Demarco, Blake Griffin, Jaden Smith, Alexa Demie, Benny Blanco, and Lana Del Rey, all to different reception. Some shoo him away, slam the door on him, watch in confusion from the window as the silvered Chip tries to hand them a coin.

As with most of The Neighbourhood’s work, the energetic sound thinly veils a pervasive sadness and looming existentialism. “Stargazing” puts that tension front and center to create a video that feels ultimately uplifting but leaves behind a lingering sadness.

The song itself is about a longing for something that seems out of reach: the stars, success, other people. Lyrics like “made it pretty far on our first try / might’ve set the bar a little too high” reflect the relationship between the characters in the song but also seem to reflect the band’s trajectory.

The video also feels like a subtly rendered commentary on Chip Chrome’s obsession with social media and celebrity. In our own ways, most of us send our little offerings to celebrities like Chip does, hoping for reciprocation.

In the last shot with Lana, the music swells as the coin finally comes into focus in her hand. On it are the words “Good Luck” — and don’t we all need that? The camera pulls back to focus on Chip’s smiling, hopeful face.

The video is great because the song is great, and the visuals use the musical swells to guide the changing mood. What results is one of my favorite videos of the year — a subtly complex portrait of a character that emerges between a series of interactions with celebrities and quieter meditative moments.

The video reaches its emotional climax and switches between shots until Chip levitates into the sky above Hollywood to an electronic driven sound in a scene reminiscent of the end of The Rocky Horror Picture Show.

The feeling is similar too, a sort of goodbye to a strange but lovable figure — a moving onwards, a moving beyond.