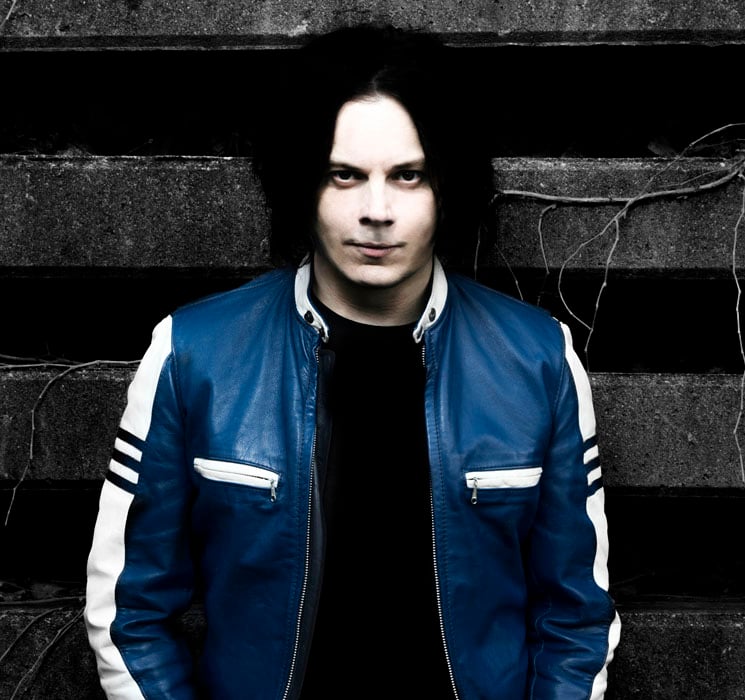 Jack White is in the midst a band practice unlike any he’s ever experienced.

When he answers Exclaim!’s phone call, he’s in his home base Nashville, trying to figure out how on Earth to bring his synth-heavy, computer-centric new album, Boarding House Reach, to the stage. For a guy who rose to fame playing primal garage-blues with the White Stripes, this is an entirely new challenge, and he sounds practically giddy about it.

“There’s no doubt that these are the most difficult songs I’ve ever rehearsed,” he gushes. “They’re very complicated to play. It requires triggers and samples and drum machine loops and two keyboard-synthesizer players.”

Samples, loops, synthesizers — this isn’t your dad’s Jack White. Before now, he’s been known as a retro revivalist charged with rescuing rock music from the evil clutches rap and EDM. As blockbuster rock’n’roll has dwindled in popularity, largely pushed underground, White has carried the torch as one the genre’s small handful A-listers who can still generate both commercial success and critical excitement.

“Whenever I watch TV or listen to the radio, I always think, ‘Aw man, I don’t even know how I fit in with any this,'” he admits. “I’m too mainstream for the underground world, I’m too underground for the mainstream world. I don’t fit in anywhere.”

With his swagger and on-stage bravado, he’s cut from the same cloth as Jimi Hendrix, Mick Jagger and Janis Joplin. A few decades ago, that would have made him a rock god; today, it makes him the last the old guard.


Jack White’s place in the rock’n’roll pantheon was cemented during a 2002 soundcheck in Australia, when he composed a simple seven-note riff that is now one the most recognizable musical motifs in the world today. That melody, which became “Seven Nation Army,” is chanted at sports stadiums around the globe. It’s the kind riff that every young guitarist learns, like “(I Can’t Get No) Satisfaction” or “Smoke on the Water.”

Instead pandering to the guitar aficionados who idolize him, however, White is now intent on pushing buttons.

“I’m supposed to provoke people’s thoughts and people’s ideas,” he asserts. “That’s the whole reason for putting songs on a record and putting them in stores and going on stage. I’m supposed to share something with them. And the easy way out would be to cater to the person who just wants me to record ‘Fell in Love With a Girl’ or ‘Lazaretto’ over and over again, and then keep writing 55 songs with heavy riffs in them. That’s just boring to me. I just don’t have the patience to numb my brain that much.”

In lieu churning out blues licks, White has spent the years since his last solo album — 2014’s Lazaretto — rubbing shoulders with artists from outside his rock’n’roll wheelhouse. He was a featured guest on Beyoncé’s Lemonade, played guitar on A Tribe Called Quest’s farewell album We Got It From Here… Thank You 4 Your Service, and recorded a scrapped collaboration with Jay-Z.

“It’s wonderful to work with any artist who does things completely differently than I would do them,” he says these collaborations. “It’s not my zone, it’s not my house, it’s not my record — so they’re the ones calling the shots, and I get to be just the songwriter or just a guitar player or just a vocalist in their world.”

Along the way, he was gradually writing solo material in a barebones apartment he rented specially for the purpose in Nashville. He would go there alone, recording demos on the same reel-to-reel tape recorder he first bought as a teenager. Following fast and furious full-band sessions in Nashville, New York and Los Angeles, he took the recordings back to the lab for an intensive session sonic tinkering.

As he worked, he drew on some the skills he picked up during his many collaborations. “Anything you do with other people, it sticks with you forever,” he muses. “Working with Neil Young or Wanda Jackson, all those moments have stuck with me and they will stick forever. And the same with Q-Tip and Beyoncé and Jay — they school you.”

While White has long been an analogue purist, his hip-hop collaborators were accustomed to working with computers. As Boarding House Reach began to take shape, White incorporated a few his new tech-savvy tricks, using Pro Tools to meticulously edit together his band’s freewheeling studio jam sessions into concise songs.

The album’s 13 tracks are an anything-goes patchwork genres. “Abulia and Akrasia” is less a song than it is a theatrical spaghetti western mood piece, while “Hypermisophoniac” is a postmodern mashup barroom piano and queasy synth whirrs. “Over and Over and Over” is the closest thing to a riff-driven rock song, but even this contains peculiar pitch-warped harmonies.

The song that’s likely to raise the most eyebrows is “Ice Station Zebra,” a beat-driven number that dives headlong into hip-hop and features no-bones-about-it rapping from White. According to the songwriter, rap is something that he’s ten flirted with throughout his career.

“I’ve been sneaking it under the radar and no one really notices,” he says. “I’ve basically been spitting lyrics in ‘Icky Thump,’ ‘Lazaretto,’ ‘Black Bat Licorice’ — all the way back to early White Stripes songs like ‘The Big Three Killed My Baby’ and ‘Cannon.’ I’ve done a lot spoken-word delivery that people didn’t really notice.”

Now, he’s ready to unabashedly embrace his rap influences. “I can’t lie and say that’s not what I’m trying to do,” he confesses. “The power a kick drum in hip-hop is different than the kick drum you find in different types alternative music. I envy that 808 sound, where that kick drum is right in your face. You can spend hours trying to record a real kick drum and try to get it that powerful. And it’s right there at one press a button.”

That kind production shortcut is exactly the kind thing that used to make White uncomfortable. This time, however, he says that his idealism fell by the wayside: “If that’s what makes the sound — if it’s a machine or a computer or a synthesizer — that’s what I want to use.”

Boarding House Reach represents a new chapter in a career that, more than anything else, has been a quest for authenticity. As a teenager in Detroit, White became transfixed with the raw emotion early bluesmen like Son House and Robert Johnson; now 42, he’s still experimenting with different ways to achieve that level honesty. Back in his White Stripes days, it meant stripping his songs down to their bare essentials with vintage gear and a beginner-level drummer. In more recent years, his company, Third Man Records, has been at the vanguard the vinyl resurgence, and White is widely regarded as a nostalgia fetishist who hates newfangled technology. Case in point: when he hits the road this year, cell phones and other photo-taking devices will be banned from shows.

White’s reputation as a luddite is at least partly deserved. While the lyrics on Boarding House Reach are largely as esoteric as the music itself, there are moments when his trademark cynicism bubbles to the surface. On the spoken lullaby “Ezmerelda Steals the Show,” he quietly intones, “Fools desire distraction and not take to heart. Their faces to their gadgets fall south, ignoring the beauty fog on a hill and a kitten with a mouse in its mouth.” On the jittery “Corporation,” he yelps, “I’m thinking about starting a corporation! Who’s with me? Nowadays, that’s how you get adulation.”

And yet, when White speaks about topics like modern technology or young people’s declining interest in rock music, there’s no bitterness in his voice — a little regret, perhaps, but no venom. “Music is in an insane amount competition with videogames, Netflix, the internet, et cetera,” he reflects. “That’s a lot competition, and it’s no surprise that certain forms music are going to suffer from that much competition. Jazz, blues — how many teenagers like jazz?”

White has two kids his own, Scarlett (age 11) and Henry (age 10), and they’ve become a sounding board for his musical creations. “I get to look at art through children’s eyes directly every day,” he enthuses, his voice filled with wonder. “If I play my new record, for example, for my kids, it’s so bizarre the things that they like about it. I don’t even understand. I’m like, ‘Really? You like that song? You like that melody?’ It blows my mind.”

Having gotten his children’s seal approval, it’s now time for the rest the world to hear Boarding House Reach. The album is not a sure bet for big sales — but neither was leaving behind the White Stripes at the peak their commercial powers to dabble in spinf projects like the Raconteurs and the Dead Weather. Nor are any the quirky projects he undertakes as the boss Third Man Records, like refurbishing a coin-op recording booth from the 1940s, sending a record into space, or breaking a world record by releasing a vinyl single less than four hours after it was recorded.

“Third Man Records is such a beast that is constantly evolving and needs to be fed fuel,” White says. “We show avant-garde films now on 16mm projectors in Nashville, and we have poetry readings, and we put live-to-acetate concerts on constantly with underground acts. We don’t specialize in any genre, from hip-hop to country to rock to blues. It’s just a lifetime creativity that I can put into that world alone, let alone my own stuff.”

This is a man who says he’s never experienced writer’s block, who has so many brainwaves that he’s constantly playing catch-up on ideas he had years prior. While other big-ticket rock stars have faded into obsolescence, White has thrived by never losing his creative hunger.

Ultimately, the electronic flourishes on Boarding House Reach are an extension the same restless drive that has been pushing White toward greatness since before his music career began, back when he ran a one-man furniture repair shop in the ’90s called Third Man Upholstery.

“When I opened my own upholstery shop, I never had to advertise, never had to take out an ad in the Yellow Pages or anything,” he says. “I started my first couple projects and all sudden, work just kept coming to me word–mouth. People told their friends, their relatives, and all sudden I was never out work in the upholstery world.”

Barely pausing for breath, he concludes, “That’s the thing — you do what you love and you’re passionate about and it attracts other people’s attention. They want to come and check it out, they want to share in it, and sometimes they want to give you 25 cents for the privilege. That keeps the ball rolling.”