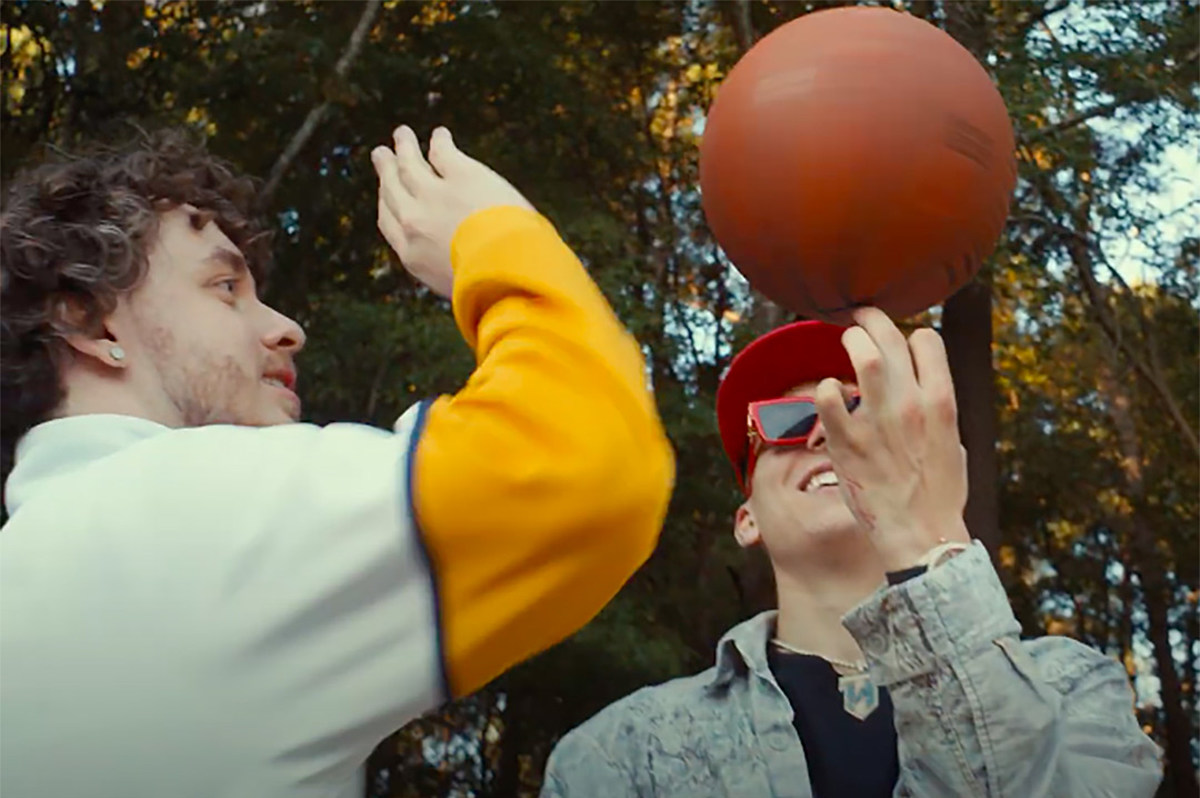 Jack Harlow is back with a new single.

On Thursday afternoon (Oct. 22), the 2020 XXL Freshman dropped a new track, with an accompanying visual, named after NBA rookie Tyler Herro, who plays for the Miami Heat. The connection between the two is that Jack is from Louisville, Ky. and Herro once played for the University of Kentucky's Kentucky Wildcats basketball team. He was name MVP back in 2018 when his team played against their rival the University of Louisville's Louisville Cardinals, whom Jack is a fan of. The impressive 20-year-old athlete also balled out in a major way during the NBA Finals, which took place from Sept. 30 through Oct. 11.

"Fuck what y'all think/Fuck everything that you say about me/My dawgs like to play Madden and 2K/But one thing they don't do is play about me/My homeboy Tyler, he play in South Beach/He told me this summer he gon' fix my jumper/I told Boi-1da that we might got a thumper (Yeah, yeah, yeah)/I been tryna pop, now I'm on like Shumpert/Now they on my bumper," Jack Harlow rhymes on the first verse, also name-dropping Iman Shumpert, who plays for the Brooklyn Nets and is married to R&B singer Teyana Taylor.

In the nearly three-minute long visual, a young curly-haired kid, who resembles Jack, is getting off of a school bus and running towards his home. The video then transitions to the rhymer relishing in his fame, while reflecting on some of the hate he receives. Elsewhere in the clip, he's seen shooting hoops on a basketball court with Tyler Herro. There's a backyard function scene with a few of his friends and a parodic version of the 1990s pop group  Nsync in the video as well.

Jack Harlow teased the Boi-1da and Scott Storch-produced record yesterday (Oct. 21) via social media. "My new single ‘Tyler Herro’…out TOMORROW at 3 PM EST," he wrote in his Instagram caption, which features a photo of himself and Herro. In the artwork, done by Urban Wyatt, Jack can be seen holding a jersey with Herro's name on the back while the baller holds up a jersey with Harlow on the back. Jack noted on his Instagram story that the jersey Herro is holding up is for the Louisville Cardinals.

"Tyler Herro" is the Kentucky native's first single since dropping the remix to "What's Poppin" featuring DaBaby, Tory Lanez and Lil Wayne, which peaked at No. 2 on the Billboard Hot 100. The effort dropped in June, nearly five month after releasing the initial offering in January.

Back in July, Jack teased another remix to "Whats Poppin" that containes vocals from Justin Bieber. The song hasn't been released yet, though. It's uncertain if it actually will be.