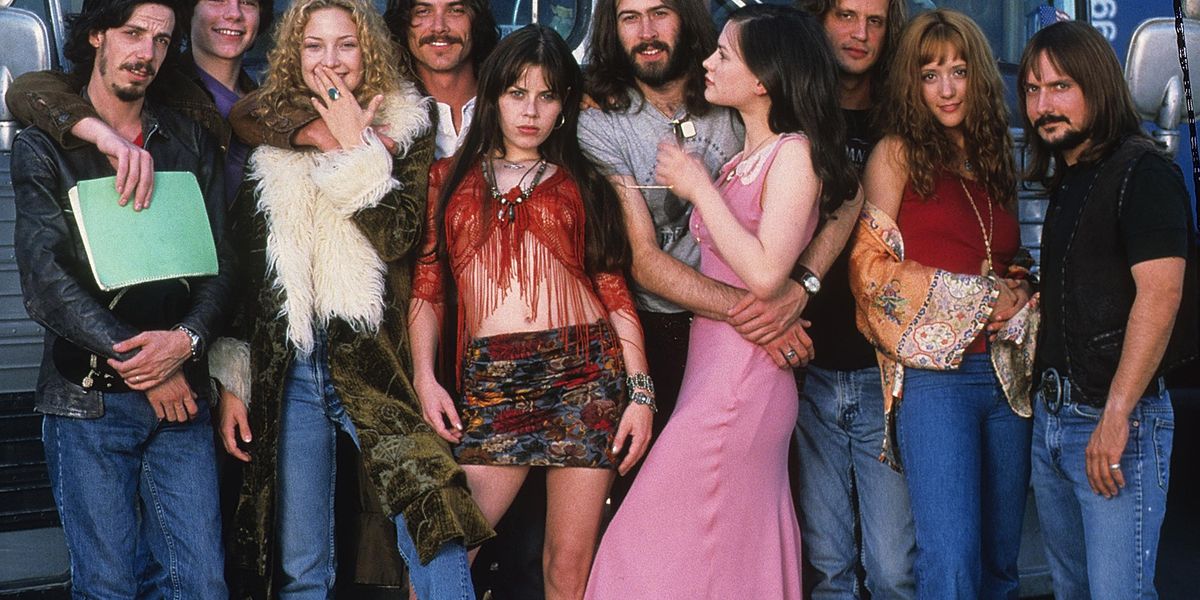 Before Cameron Crowe was a movie director and screenwriter, he was living a life many teenagers—and adults—can only dream of.

At age 16, the Southern California native had already achieved a major life accomplishment: A cover story for Rolling Stone. It was 1973, and Crowe had spent three weeks on the road profiling the Allman Brothers Band, becoming the youngest ever contributor to the magazine at the time.

Having taken 10 years to develop, Almost Famous is a semi-autobiographical account of Crowe’s time as a teenage rock music journalist. Released in 2000 and set in 1973, it follows the story of a precocious 15-year-old writer named William Miller who, inspired by his sister’s collection of classic rock records on vinyl, begins freelancing for underground publications in San Diego.

After an assignment to review a Black Sabbath concert goes awry, William meets the opening band, Stillwater, as well as a group of enchanting groupies who call themselves “band aids.” When William gets assigned to follow Stillwater on tour for a Rolling Stone article, he gets swept up into the electrifying world of rock stardom.

On paper, the storyline of Almost Famous reads especially absurd, especially in the year 2020. In what world would the editor of one of the largest music magazines in the world hire a child to go on tour with a rock band? Especially now, when music publications are seemingly being sold off left and right while independent music blogs struggle to stay afloat, the thought of Rolling Stone publishing a cover story written by anyone without decades of experience is an unfathomable prospect. But, in its finished film format, Almost Famous feels jarringly authentic because it is so closely tied to real-life events.

“I wanted to find a way to tell a story that captured the people I’ll never forget, and the feelings I had meeting the bands, doing interviews, going to see shows,” Crowe told The Uncool. “I didn’t want it to be like some of those semi-autobiographical stories that glorify the writer because the truth is I never felt like the center of any room I was in at that time. I was an observer. That’s what the character of William Miller is—he’s an observer.”

While it’s clear that William is the protagonist of Almost Famous, the film just as clearly spotlights its supporting characters. Through William’s rose-colored lens, we get to know Russell Hammond, the Stillwater frontman who’s hesitant to participate in any interviews, and Penny Lane, the “band aids'” ringleader who wants to be considered as more than just a groupie. And because William is young and naive, we see him make mistakes and reckon with writing a truthful article about Stillwater as he begins forming friendships with the band.

“William’s probably never been outside of San Diego, and he doesn’t really have any friends, but he’s a true fan, so it’s hard for him to not want to be friends with the rock stars he idolizes,” said Patrick Fugit, who plays William. “He wants to fit in and have them think he’s cool, but, in fact, he acts as a kind of mirror for them; they get to see how cool they are through his eyes. Then there’s Lester Bangs, his mentor, telling him to be merciless and not to make friends with the rock stars, so William is caught in the middle.”

The Faces Behind the Film

A contributing factor to the authenticity of Almost Famous is that a number of the characters are based on–if not direct depictions of–real people. While Crowe was getting his start in music journalism, he found mentorship in Lester Bangs, then an editor for rock magazine Creem. In the movie, William is contacted by Lester Bangs—portrayed by Philip Seymour Hoffman—after Lester reads William’s work in local publications. In reality, Rolling Stone editor Ben Fong-Torres hired Crowe to write his profile on the Allman Brothers Band, similarly to how William is hired to write about Stillwater in the movie.

And, of course, Almost Famous wouldn’t be what it is without the ethereal, fur-coated Penny Lane, played by Kate Hudson. While the character is an amalgam of multiple women, the main inspiration behind her is Pennie Trumbull—who, during her days on the road, naturally went by Pennie Lane as a nod to the Beatles.

After spending her teen years as an equestrian, Trumbull began going to shows in her native Portland, and decided to get into promotion. She told the Oregon Music News: “I made appointments with the three big promoters and said, ‘Let’s just be honest here. There are lots of girls that will sleep with you or blow you to get into a concert, but this isn’t about that. I am bringing something different to you. Girls who won’t step on any of the cords, get in your way, pass out or throw up and most importantly, won’t kiss and tell.'”

Alongside her crew of friends known as the Flying Garter Girls, Trumbull spent about three years soaking in the rock ‘n’ roll scene before eventually settling down and earning a master’s degree in marketing. Nearly three decades later, she got a call from Crowe—whom she had met while he was writing for Rolling Stone—inquiring about using her likeness for an upcoming feature film.

Trumbull worked as a consultant during the production of Almost Famous, and while she often emphasizes that the film is “not a documentary,” her presence on set can be felt in the multidimensionality of Penny Lane. In addition to the character’s obsession with music and to her budding love for Russell, Penny deeply cares for her fellow band aids. She has dreams outside of just tagging along on a tour bus, which seems to echo her real-life counterpart’s values. Her character arc and motives are a refreshing change of pace amid countless films that objectify female groupies.

The events in Almost Famous could’ve never happened today, but Crowe’s deep personal connection to the screenplay gives it an unmatched sense of realism. Today, it’s not as much a movie about music—or even music journalism—as it is an ode to those exciting moments of falling in love with music for the first time. Almost Famous is a film for the people who—in the words of band aid Sapphire—”know what it means to be a fan. To truly love some silly little piece of music, or some band, so much that it hurts.”