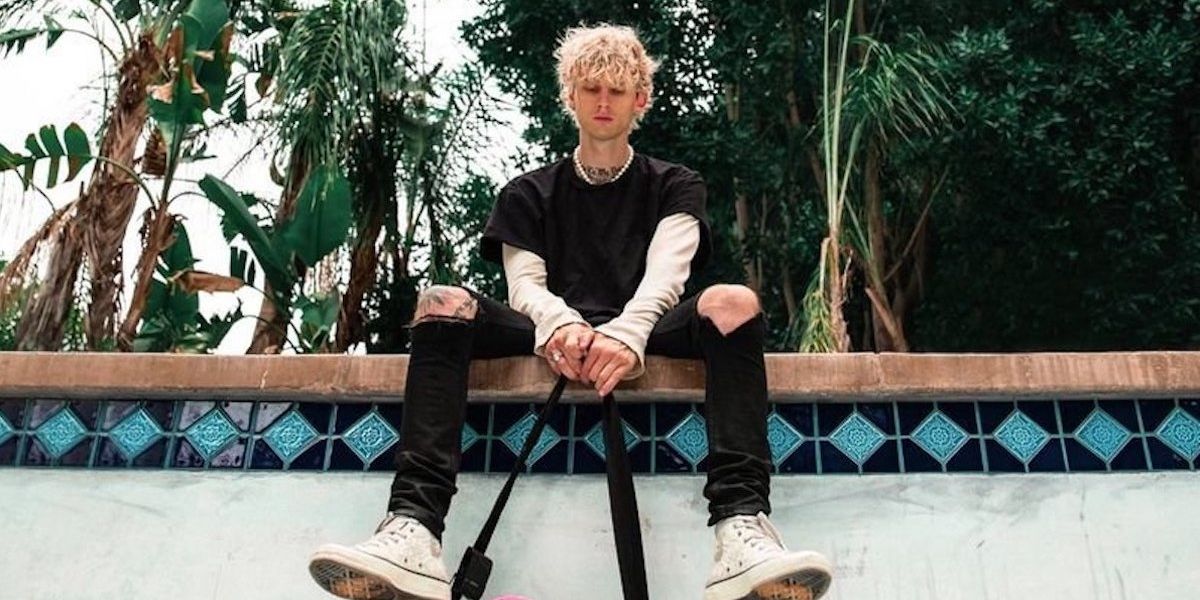 Machine Gun Kelly surprised everyone when it was announced that his pop-punk project Tickets to My Downfall debuted at number one on the Billboard 200 this week.

The project sold over 126,000 copies and is followed in close suit by other punky records such as Juice WRLD’s Legends Never Die.

As BLM protests continue to swell across the country, along with an overall “burn this house down” type of attitude, Tickets to My Downfall thrived this week because of its timing more than its content. The album didn’t necessarily bring anything new to the pop-punk genre. Produced by Blink 182’s Travis Barker, MGK wore the drummer’s influence directly on his sleeve for the project’s entirety.

The album clocked into the 85-to-110bpm of Blink, offered the swelling chord progressions of The Starting Line, and had the overall “f*ck you” attitude of American Hi-Fi and Good Charlotte. The album’s deluxe edition even featured a cover of Paramore’s “Misery Business” and a bonus track, “Body bag,” which was so close in similarity to Fall Out Boy’s “Dance Dance” that the rapper needed clearance from the band to even release it. Tracks like “WWIII,” “my ex’s best friend,” and “concert for aliens” paint MGK as a diluted scene kid more than a true champion of the genre. But even if he’s trend-hopping, kids have never been more in need of the type of raucous energy MGK offers.

If you scroll through the YouTube comment section on MGK’s previous singles, you’ll find praise littered with nostalgia. “This pop punk album sounds like a time machine to the early 2000s,” wrote one fan of 2019’s “I Think I’m OKAY.” “Life was simple as a kid. We had no internet and we spent our afternoons playing football on the street, or riding our bike or just chatting and laughing over something stupid.”

Pop-punk bands are nowhere close to being obsolete (Neck Deep and Knuckle Puck are just a few groups to release great projects in 2020), but as teens grow up in a world fueled by Drake and TikTok dance trends, the rambunctious sounds of pop-punk have remained lost on teens until recently. The late Lil Peep, YUNGBLUD, and other Soundcloud emo artists have maintained their hybrid throne, but MGK is the first mainstream celebrity to give the genre a splash of rock chords and mass appeal.

Tickets to My Downfall sounds clean and polished–features from stars like Blackbear and Halsey inevitably drew in pop fans– but its best moments (“bloody valentine,” “title track”) are guitar-laden and offer enough snap to reignite nostalgia in the old heads (i.e. us), who grew up going to Warped Tour.

As we enter a dramatic closing quarter for 2020, catching a nostalgic vibe is a priority for exhausted and traumatized Americans. Deftones, the iconic early-aughts metal band, also charted on the Billboard 200 this week with their latest release, Ohms. All of it is indicative of collective anger and a collective yearning for freedom and escape.

Meanwhile, on TikTok, Fleetwood Mac’s “Dreams” has experienced a 374 percent increase in streams thanks to a video of @420doggface208, real name Nathan Apodaca, skating down an Idaho freeway sipping cranberry juice. The video merely highlights a fleeting positive moment in Apodaca’s otherwise sh*tty day, whose car broke down moments before filming. But these days, those quick moments of joy mean more than ever before.

MGK’s new record may not be as tough and gritty as the pop-punk contemporaries he embodies, but in a time where we’re all collectively miserable, Tickets to My Downfall serves as a time machine for some and a cathartic release for others that is more than welcome.

Tickets To My Downfall (SOLD OUT Deluxe)