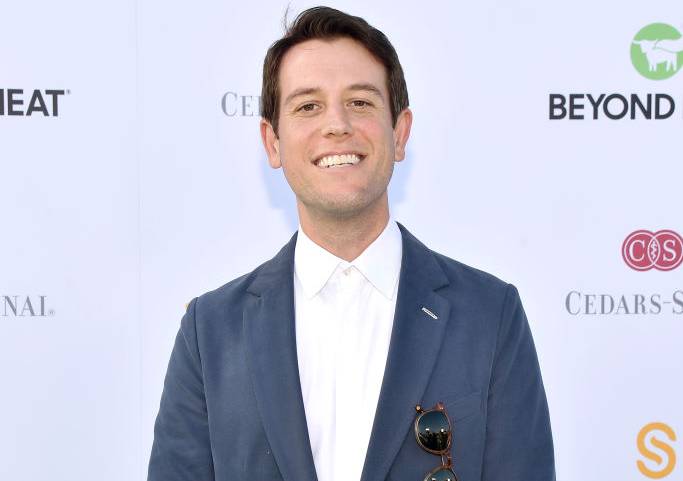 Los Angeles, CA – It’s early morning on a Monday and Ben Lyons has agreed to an interview but he does not have too much time to spare. Later that day, the 38-year-old will be filling in as a co-host on the Mason & Ireland show on ESPN Radio Los Angeles. The following day he is flying out to Park City, Utah to cover the Sundance Film Festival for his podcast The Festival Rules, which he does with Josh Horowitz.

Ben has been a media Swiss Army Knife for well over a decade. He even hosted the Oscars post-show on ABC, with Stephen A. Smith and Maria Menounos, which aired directly after the Academy Awards this past Sunday.

Years before the native New Yorker (and lifelong Knicks fan) was covering red carpets and talking sports for a living, he was working with of one of New York Hip Hop’s most revered dynasties, Duck Down Music thanks to his childhood friend, the label’s co-founder, Dru-Ha.

GroovyTracks reached out to Ben after seeing a tweet he posted about producing a music video for Bone Brothers and we spoke on his Hip Hop past, his time at Duck Down and we even got some great untold stories from his time hanging with the late, great Sean Price.

GroovyTracks: Let’s start with the tweet that got us here. You produced a video for Bone Thugs-n-Harmony. How did that come to be?

Ben Lyons: I produced the music video, “Hip Hop Baby” for the Bone Brothers, which was Layzie and Bizzy, and on that song it was featuring Krayzie. I think it was with Koch Records. One of my dear friends, Dru-Ha from Duck Down Records – who at the time had a deal with Koch – so there was a relationship there. I’ve known Dru since I was a kid. Drew directed that video along with Brandon Crane, who’s a filmmaker from L.A. I got to produce that video with those guys. The first thing I remember was how cold it was in New York that day. We were in New York for two days with the whole Cleveland crew and it was so cold in the city. This was pre-Uber so we couldn’t get everyone to the set so my mother had a minivan seven or eight deep and I remember packing Layzie, Krayzie and Bizzy into the minivan to get them from the hotel to the soundstage and there wasn’t room in the minivan for me so I said “mom, I’ll see you there” and I jumped on the train.

GroovyTracks: So your mom can say she worked on a Bone video as well?

Ben Lyons: Oh, my mom did the catering too. They loved the artichoke pasta salad she made, so much so that she went back and made more. When they went on to Philadelphia for their tour they took a bunch of my mom’s food. She did catering on a Wordsworth video I did and a Tony Touch video I did as well.The Bone video had come at a time when the business had changed and the videos were in their infancy as far as doing them digitally. HD productions were new as well, but it was a really fun and special time in my life.

GroovyTracks: Being around Duck Down at that time had to be pretty special. Any other stories that come to mind from that time?

Ben Lyons: I went to the High Times Awards with Sean Price at B.B. Kings [Blues Club], the famous venue in New York. Duck Down performed that year and I just remember Sean having so much fun with all the Bluegrass guys who were at the awards, big hillbilly dudes. I was about 21 and it was so cool to see that like, wow, weed culture is really big in Hip Hop but weed culture is really big with these older rural white dudes as well. It was so cool and interesting to see the unlikely bond. Sean was the best. We shot the “Onion Head” video on the roof of his house in Brooklyn and I remember I was on set for that one.

GroovyTracks: Of course Sean was revered for his lyrical abilities. From your experience being with him what is something people may not know about him?

Ben Lyons: He always was so funny. Dru was always doing comedy skits with him. They had a studio in Midtown and I remember Sean would always be doing these funny skits, like his version of “Punk’d,” funny skits with the surveillance footage and pulling pranks on the other guys in Boot Camp Clik. It was just cool for me to be 21 years old, chillin’ in the background just in awe of my favorite rappers right in front of me. Mostly I just remember how big his personality was. Funny, funny dude.

GroovyTracks: That’s high praise considering you’ve hung with some of the funniest people in the world on the film and TV side of things.

Ben Lyons: I’m from a family that grew up covering film. My father’s a film critic, my grandfather wrote for the New York Post for 40 years covering artists and musicians, people like Sammy Davis Jr. and Frank Sinatra, who would cross over between film and music. Sean had that movie star quality and charisma about him which a lot of people wouldn’t expect for a hardcore underground rapper. You’d be at S.O.B.’s, or B.B. King’s, or one of these venues in New York where there’s an energy around Hip Hop that could be standoffish or tough. He would just break the tension in the room, or he would fart, he would call someone out or show love to a security guy or caterer and make them feel like the big star in the room. He just had “it.” whatever that “it” is for movie stars that I grew up around my father interviewing and then me interviewing later in life. Sean is right there with people like Kevin Hart and Jack Black that could just light up a room with their energy.

GroovyTracks: Having worked in music and film, do you feel like the Straight Outta Compton movie set a new standard for Hip Hop biopics?

Ben Lyons: Notorious was cool and I’m friendly with Anthony Mackie who played Tupac Off-Broadway before he portrayed him in the movie. Straight Outta Compton took it to another level and reminded storytellers that the best way to impact audiences is through a film and if you can capture someone’s life in a movie and hit the masses that’s the best. It would have been great as a six-part docuseries, it would have been great as a VH1 movie on TV but as a big studio commercial film with gravitas behind it and the performance that O’Shea gave – which I thought was worthy of an Oscar nomination – and what Giamatti did, it just made it hit and just made people realize that “oh, these artists that we’ve invested in listening to, they’re subjects of film in a way that we hadn’t thought of. The way you bookend a time in someone’s life. It didn’t go on and talk about Dre and The Chronic too much it bookmarked it.

It was the same way Don Cheadle did with the Miles Davis biopic which bookmarked a time in his life or the Johnny Cash biopic, Walk The Line which just focused on a specific time in his life. I think that’s the key and that’s what worked for Straight Outta Compton. Now you see that in documentaries like the Travis Scott documentary, the Rihanna doc – which she just sold. Straight Outta Compton was a landmark for Hip Hop and film.