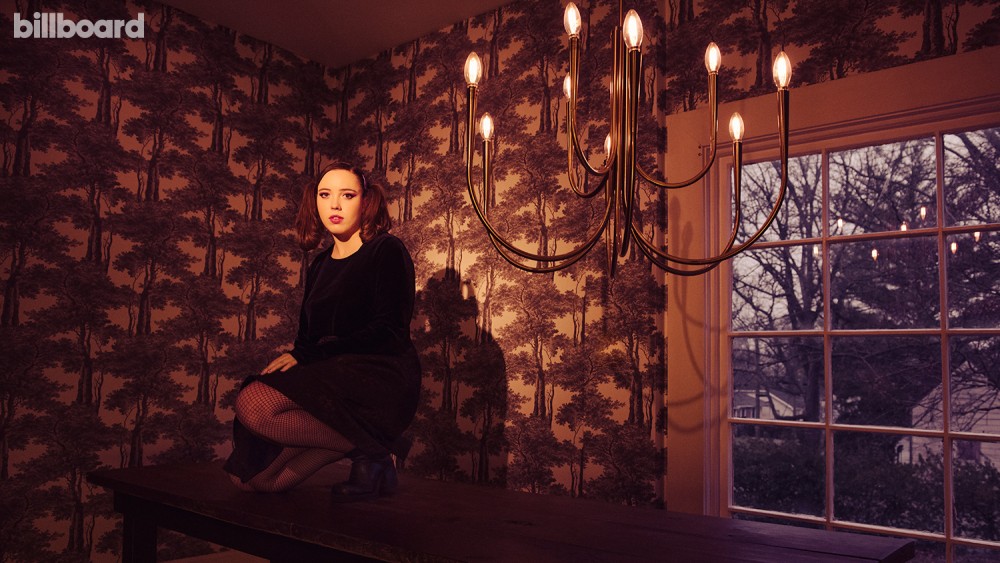 Sophie Allison strategically opened for all of her favorite artists over three years — now, she’s selling out her biggest venues yet.

"I feel like I've gotten on every tour I could have imagined wanting to get on,” says Soccer Mommy’s Sophie Allison — “except for Taylor Swift.” Within three years of forming her project, the now-22-year-old rising indie-rocker opened for Kacey Musgraves, Vampire Weekend, Paramore and Wilco, among others.

During the summer between her high school graduation in her hometown of Nashville and her freshman year at New York University, Allison started uploading bedroom recordings to Bandcamp as Soccer Mommy — then just herself and a guitar — later releasing music on the boutique label Orchid Tapes. While at NYU she played gigs at DIY venues like Shea Stadium and Silent Barn, and in May 2017 landed a booking agent: High Road Touring’s Wilson Zheng. That same month, she signed a recording contract with Mississippi indie Fat Possum, which helped break acts like The Black Keys and Wavves.

Allison was eager to start playing more shows, ideally in front of bigger crowds. “She had a free summer and wanted it to be productive, but playing shows just to play shows is not productive,” says Zheng. “You have to have some sort of plan. It was a priority to get her on the road, but not as a headliner, because I didn’t want to put pressure on a young artist to go out and play empty rooms.”

Soccer Mommy’s first gig under Zheng was the first slot of three openers at New York’s Mercury Lounge — Allison made $100. “It’s rough opening,” says Allison. “I was 20 when I started touring, but I’m gracious because I think it would be wrong if I didn’t have that time period to think, ‘Should I do this for a living? Is it worth it?’ ” Soon enough, she was opening for established indie acts like The Drums, Jay Som and fellow High Road client Slowdive through the end of 2017. Allison’s decision to leave NYU was an easy one: Soccer Mommy had broken through as a headliner, nearly selling out the 250-capacity Brooklyn club Baby’s All Right, a popular stage for buzzy artists on an upward trajectory. “New York is the most important media market in America,” says Zheng. “If you can’t do well in New York, you’re going to be in a lot of trouble everywhere else.”

Soccer Mommy was drawing audiences in New York without having released a full-length album. In March 2018, the act released its debut, Clean, which highlighted Allison’s songwriting chops and placed her among modern indie-rock laureates like Car Seat Headrest’s Will Toledo, Snail Mail’s Lindsey Jordan and recent tourmate Phoebe Bridgers. “When Sophie was opening for me, I felt like I needed to see the show every night, even though we were on tour together for a fucking month,” says Bridgers. Next came an avalanche of glowing press, including a Best New Music distinction from Pitchfork. Even more valuable, though, was a DM from Paramore’s Hayley Williams, asking Allison to join the band on tour that summer. “When you’re at huge venues, everyone hangs out afterward,” says Allison, looking back on numerous postshow bonfires with Williams. Following the Paramore dates, Soccer Mommy — which now consists of guitarist Julian Powell, guitarist-keyboardist Rodrigo Avendano, bassist Graeme Goetz and drummer Rollum Haas — launched its own headlining run.

Still, Soccer Mommy wasn’t ready to shake its opener status just yet. By February 2019, Allison was back opening for Musgraves just after the country-pop artist won album of the year at the Grammy Awards. “That was the most fun tour — we were really locked in, spending a lot of time with Kacey’s group,” recalls Allison. “Persistent, but not aggressively annoying,” is how Zheng describes Allison’s approach to following up with Musgraves’ camp and securing the gig. “Doing stuff that’s all over the place is better than playing with only indie bands,” says Allison of her non-genre-discriminatory strategy. “It gives you a fan base that really likes what you like.”

With that fan base still growing, Soccer Mommy is preparing to release its highly anticipated second album, Color Theory, out Feb. 28 on the Universal Music Group-distributed Loma Vista Recordings. The LP chronicles Allison’s mother’s diagnosis of terminal cancer a decade ago, and her own lifelong struggles with mental health. Before the album had even arrived, Soccer Mommy’s North American tour of 1,000-plus capacity venues sold out.

As suggested, Color Theory’s 10-song track list spans three color-coded themes: “Blue is for sadness and depression; yellow popped out as a color of sickness and mental illness, paranoia and high tension; and gray is this lack of emotion and life, just emptiness,” says Allison. In the seven-minute centerpiece “Yellow Is the Color of Her Eyes,” she laments being on the road while fearing time with her ailing mother is slipping away. “Sometimes I wish I had more breaks,” she says. But if Allison learned anything from opening for so many high-profile artists in a row, it’s that she now knows “how long I can be [away from] home without going crazy.”

How to Open the Hottest Tours

Wilson Zheng, 31, has worked for High Road Touring since 2009 — and after a decade, he’s sticking to the same strategy of prioritizing opening slots over rushing to secure headlining gigs. “I feel like I hit the lottery every time I get a support tour,” he says. “It buys time and allows the band to work on their live show. When you’re latching on to a tour you know is going to have 700 people or more every night, it’s a wonderful situation for any young artist.”

The tours Zheng secured for Soccer Mommy often drew considerably more. When angling for these gigs, he says a concise pitch is key: “Some agents will get anywhere between 20 to over a hundred submissions for that slot,” he says. “Everybody is really busy. If the headliner is looking for [an opener] that can help them sell tickets, they’re probably in trouble. It’s more about good press and word-of-mouth — those can go a long way.” Following the release of Soccer Mommy’s 2018 debut, Clean, the band enjoyed glowing features and reviews from The New York Times, Pitchfork and The Fader.

Still, Zheng cautions that it’s important to realize when support slots don’t benefit a surging young artist, especially one who is riding the high of a viral breakthrough. “If you’re getting 100 million streams on Spotify a month after a song is released, and opening for somebody for $500 [per show], somebody else is profiting from the success you’re having.”