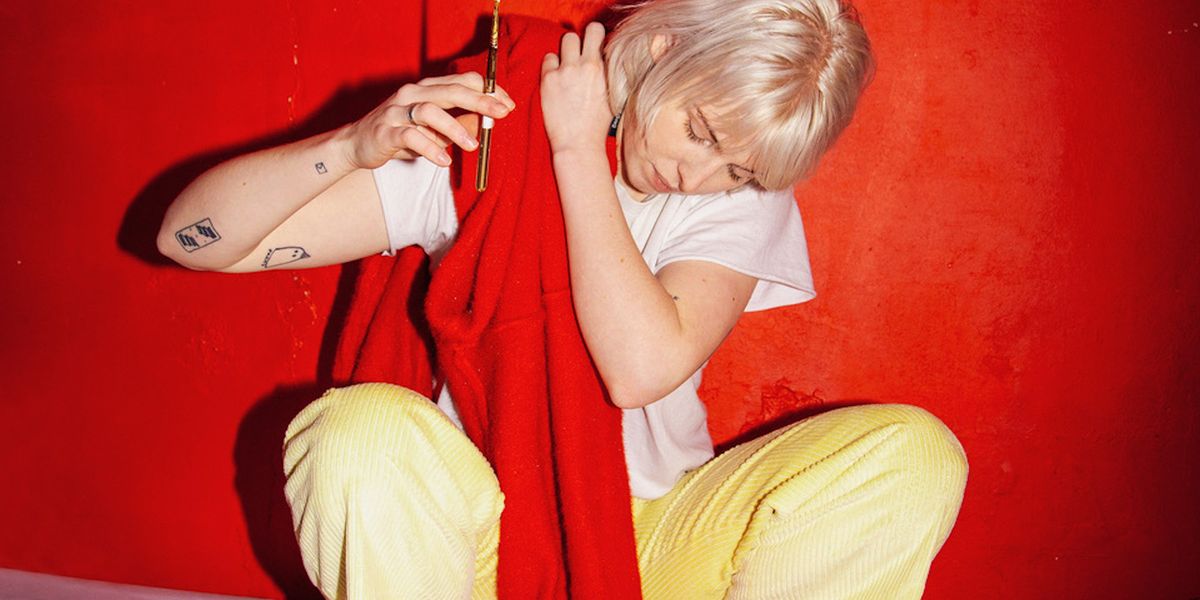 Before quarantine struck, Fenne Lily was already living in self-enforced isolation to create her new album, BREACH. The Bristol-based singer-songwriter uses her second record (and debut for seminal indie label, Dead Oceans) as a public diary of sorts, meditating on the struggles of entering your 20s. The way she tells it, it’s an account of “trying to work out the difference between being alone and being lonely.” Blending gentle folk with rousing indie rock, BREACH is a breath of fresh air for those reckoning with solitude.

For fans of Lucy Dacus, Phoebe Bridgers, and Haley Heynderickx.

Since his meteoric rise alongside his contemporaries like Clairo and Rex Orange County, Gus Dapperton has become one of bedroom pop’s most notable new voices. His debut album, Where Polly People Go to Read, was released last year and caught major attention. But the 23-year-old’s new album, Orca, sees the singer-songwriter expand beyond the typical “bedroom pop” mold with fuller production and a broader range of instrumentation. Tracks like “First Aid” are driven by a bouncy acoustic guitar, while “My Say So” and “Medicine” are fleshed out with bold piano chords. Orca marks a great deal of maturity for Dapperton, as he ventures into uncharted personal territory.

For fans of Still Woozy, Boy Pablo, and No Vacation.

As the mastermind behind the PC Music collective, record label head A.G. Cook is shifting the pop music landscape. Having worked alongside a handful of well-known pop experimentalists, Cook is a pioneer of the avant-garde electronica subgenre that’s become known colloquially as hyperpop. Just a month after releasing his massive solo debut album 7G, he’s back with another collection of original solo material called Apple. Cook said in a press release, “The notion of pure, classic songwriting is one of the core aspects of the album,” which is evident in tracks like “Oh Yeah,” “Lifeline,” and “Beautiful Superstar.” But don’t get too comfortable—other songs like “Xxoplex” and “Airhead” deliver the same abrasive, industrial production that has made Cook one of the hottest producers today.

For fans of Charli XCX, Caroline Polachek, and 100 gecs.

For fans of Standing on the Corner, billy woods, and MIKE.

Into It. Over It., Figure

Into It. Over It. is the solo project of musician Evan Weiss. The Chicago based emo-pop veteran returns with his fourth album, Figure, which he has said is “about trying to make peace with poor decisions [he’s] made in the past.” The album showcases Weiss’s penchant for massive earworm melodies, backed by chugging guitars and mathy drums throughout.

For fans of Oso Oso, Mom Jeans., and Prince Daddy and the Hyena.