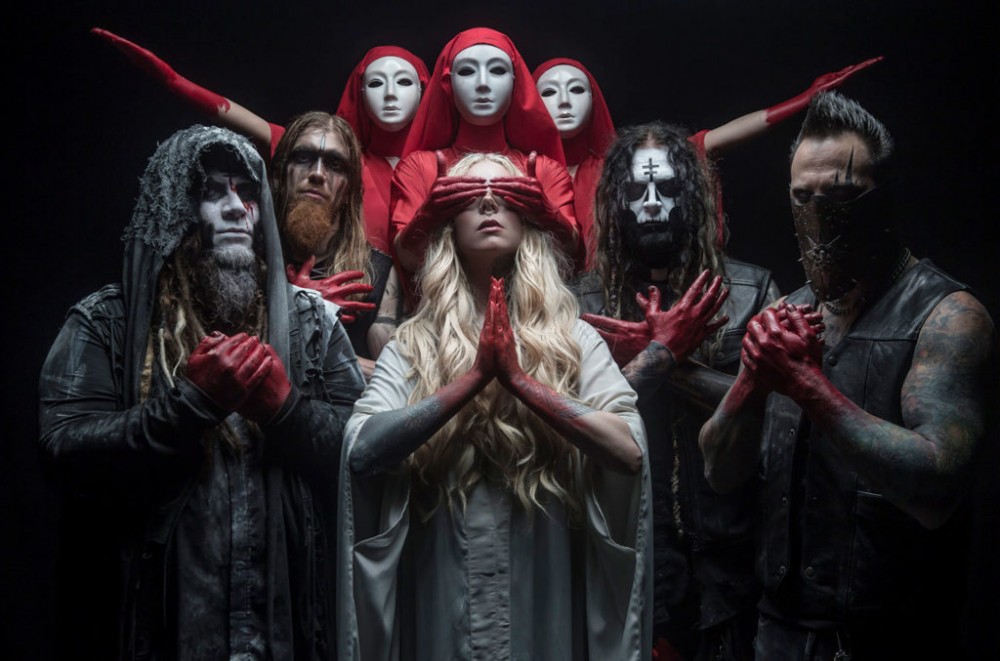 The Greek philosopher Heraclitus said that change is the only constant in life, although in metal, there has been some resistance to that notion. Many fans want their bands to stay true to their beginnings, and many groups do.

But for In This Moment, the desire to push themselves has led to some exciting new places on its last couple of albums, including the new Mother (March 27, Roadrunner/Atlantic), which was produced by its longtime studio guru, Kevin Churko (Ozzy Osbourne, Papa Roach).

Just listen to the ominous current single “Hunting Grounds,” which features a snarling duet between singer Maria Brink and Joe Cotella of DED, and the combination of melody and aggression on “The In-Between,” and then contrast those with the haunting piano ballad “Into Dust.”

In This Moment’s seventh album offers its most mature music to date. While the heavy elements of their music remain, the metalcore intensity that informed their earlier days has been peeled away to reveal a wider range of sounds. There always have been old-school influences bubbling beneath the band’s modern style. The ripping guitar solo at the end of “Forever” from 2008’s The Dream exemplifies that.

“Thanks for picking that out,” lead guitarist Chris Howorth tells Billboard. “That’s one of my favorite solos ever.”

There has definitely been a sonic shift over the group’s last couple of albums, and the guitarist acknowledges that after they released 2014’s Black Widow, the group — which also includes guitarist Randy Weitzel, bassist Travis Johnson and drummer Kent Diimmel — wanted to take a more organic approach to its music.

“We are a band that is big on samples and precision and tight recordings — a technical, modern edge,” observes Howorth. “But we also struggle with this feeling of wanting to be more real and be able to flow a little bit more musically when we’re playing our live shows, and not be chained so tightly to backing tracks or things that we need to make our songs sound like our songs.”

While some past songs have headed in more of an industrial direction, that is not always the case, as electronic elements emerge in In This Moment’s newer work. Mother’s dreamy, synthy “Born in Flames” has more of a goth vibe, and the band certainly has that undercurrent running through some of its oeuvre. Howorth concurs, noting that Brink is a fan of The Cure and Marilyn Manson, while he enjoys “more straight metal,” like thrash and glam.

“I think that’s why our band sounds like it sounds,” he says. “In the beginning, it was more of a battle of metal versus not as much metal. Now that we’ve had some success and see what works and doesn’t work, I’ve stopped caring so much about how metal we are or how guitar player-y we are. I’m more just worried about what’s going to serve the best for the song itself.”

Mother features two covers: the Steve Miller Band’s “Fly Like an Eagle” and an estrogen-fueled take on Queen’s “We Will Rock You” that features vocal backup from Halestorm’s Lzzy Hale and The Pretty Reckless’ Taylor Momsen. Right after the latter cover, the title track opens with multilayered vocal harmonies in the vein of Queen. Retro sounds have emerged on the last two In This Moment albums, notably the percussive stomp of ’70s glam and arena rock matched with melodic ’80s sensibilities.

The slowly churning, drum-thumping “Fly Like an Eagle” was inspired by the synthwave movement, an appreciation for which was rekindled when Howorth watched the Netflix series Stranger Things. They wrote the music as an original song and then jokingly put the Miller lyrics on it. Brink loved the pairing, and thus the unorthodox cover was born.

On Mother, Howorth delivers plenty of robust six-string work, and there’s a slightly diminished use of filters on Brink’s vocals, but plenty of reverb. Those can be an acquired taste, and it’s nicer to hear more of her true voice, especially as she recently has been using it in different ways.

“I agree with you, man,” says Howorth. “Maria loves the lo-fi sound and effects. Her favorite vocalist, Chino Moreno from the Deftones, has traditionally used tons of effects and things like that, so she’s always liked that. Kevin and I are always trying to get her to maybe not use quite as much because her voice is just so good, and to hear it raw, pure and sounding so clean is really a nice thing.”

Howorth notes that Brink’s scream is easy for her to do and that she historically does not warm up before shows, but she doesn’t care about her screaming as much now. “I know it defines her a little bit, at the beginning especially, but now she strictly wants to scream only when she’s trying to convey the emotion that fits the song,” he explains. “I would rather hear her sing. I like heavy music, but after a while, I can’t listen to a bunch of bands like that because it’s just barking the whole time.”

Lyrically, Mother echoes themes from past albums, such as the dichotomies within one’s self, rising above adversity and heaven-and-hell imagery that makes for great metal fodder. Brink’s lyrics stem from specific sources: Howorth says that “Legacy” came directly from his father and her grandfather passing away, and the concept of motherhood inspired the title track.

“[Brink] lived right next door to her mom,” says Howorth. “She’s a mom. Her whole world revolves around her son. Since the beginning of our band, she’s been paying tribute to her mother and people that supported her. It just goes on and off through the songs.”

Lead single “The In-Between,” the last song to be recorded for Mother, was done so at the insistence of their veteran A&R rep Pete Ganbarg. Ever since 2012’s Blood, In The Moment’s label and business team have wanted the band to unleash another “Blood” or “Whore” that crosses over.

Despite not wanting to write and record anything else for Mother, the group came up with “The In-Between” while on the road. Howorth says Brink rose to the occasion and delivered what was expected. (In the song, she literally sings, “You keep wanting more with your blood and your whore.”) And Ganbarg “is always trying to push the boundaries and push us. … He forces us outside of our comfort zone, and that pressure actually makes stuff happen in a weird way.”

While he enjoyed making Mother, Howorth says it wasn’t without its trials. “Every album seems to get a little bit more challenging as far as just the work in the studio,” he remarks. “We have ideas of what we want, and we’re more hard on ourselves. It just gets worse every album, at least for us. This our seventh album. That’s 70-plus songs we’ve done. There is pressure when you’ve written that many songs to do something better and different.”

The band members don’t all live close to one another, so rehearsing and performing with them keeps his batteries charged. “Playing live in front of the fans and doing the shows and going up on the stage and getting ready for the show, all those things definitely keep the fire burning,” says Howorth. “I love that.”

However, due to the coronavirus pandemic, In This Moment announced on March 16 that its tour with Black Veil Brides, DED and Raven Black that was to start March 24 in Orlando, Fla., has been postponed. “We’re trying right now to put a plan in place where we’re thinking ahead of the situation to be prepared,” he says. “I’m not really sure what’s going to happen yet, but either way, we’re going to do the tour.”