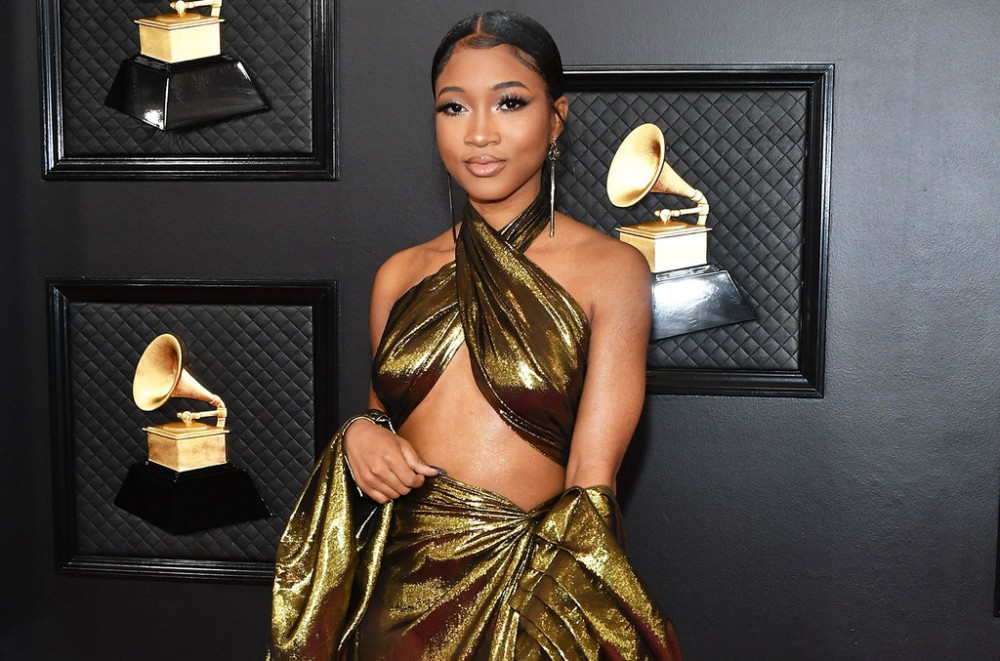 Writing hip-hop and R&B songs has always been songwriter-producer Nija Charles’ strong suit. “That’s my culture, what I grew up in,” she explains — and she has the hits to prove it.

The 22-year-old has written for stars like Kehlani, Megan Thee Stallion, Summer Walker and Meek Mill, and also worked on Grammy-winning albums like Cardi B‘s Invasion of Privacy and The Carters’ Everything Is Love. But Charles says that as a black songwriter, there came a point when writing for those genres no longer felt like her choice.

“I would go into pop [writing] rooms and they would be like, ‘Hey, maybe we should work on [a song for] Meek Mill or 21 Savage,'” she says, calling from Los Angeles. “We’re here to write a pop song. Why do you want to all of a sudden cross over into hip-hop? It’s because I’m here — and that’s something that’s normalized in the industry.”

While she has tried to speak up in those situations, Charles says she feels pressured to avoid confrontation, whether in the writers’ room or elsewhere. “I don’t want to come across as trying to make it a race thing, or like I’m the ‘angry black woman,'” she says. “But that’s just how black people have to maneuver. You don’t want to step on toes.”

Growing up in a music-oriented family in New Jersey, Charles started making beats as a kid in her grandmother’s basement. Inspired by writers like Ester Dean, Victoria Monét and Tayla Parx, Charles later turned her attention to songwriting as a college student at New York University’s Clive Davis Institute of Recorded Music. She started posting snippets of demos on Instagram, which landed her a manager in Christian McCurdy of Legion Management. Soon after, an A&R representative for Lecrae reached out to Charles about using one of those demos, and Charles ended up co-writing and featuring on the Christian hip-hop artist’s 2017 track “Lucked Up.”

Now, three years and a move to Los Angeles later, Charles, who is signed to Universal Music Publishing, is enjoying her first co-write on a Hot 100 No. 1 with Lady Gaga and Ariana Grande’s “Rain On Me.” (Charles’ longtime friends and collaborators, Bloodpop and Rami Yacoub, were working on Chromatica and tapped her for some sessions).

In spite of the track’s success, Charles had mixed emotions when it debuted atop the chart just days after George Floyd was killed by Minnesota police during an arrest on May 25, igniting Black Lives Matter protests across the country. “On one hand, I was angry, but on the other hand, I had just completed one of my biggest goals,” she says.

Even so, she’s hopeful that the current national unrest will force the music industry to rethink how it treats black creatives. The movement to ban the catch-all term “urban” for hip-hop and R&B music is a “nice gesture,” she says, but not enough to dismantle the industry’s decades-old history of lumping all black music into a single category — a frustration she shares with many other songwriters.

“The real issue here is that the industry is separating genres into white and black music,” she says. “Black creatives will make pop songs, and the industry will put them in an urban category. They’re trying to make a change, but we have to look deeper.”

She recently channeled those thoughts into a tweet, thanking Lady Gaga and Grande for “for showing people I’m more than what they expect.” Lady Gaga retweeted it, adding: “You’re a true talent.”

Below, Charles looks back on the co-writes that have solidified her place as one of today’s most exciting young songwriters.

After Charles contributed to Beyoncé and JAY-Z‘s joint album Everything Is Love, which they released as as The Carters, Bey invited Charles to the writers’ room for the soundtrack album The Lion King: The Gift. Charles walked away with songwriting credits on the tracks “Water” and “My Power,” even contributing vocals to the latter alongside Tierra Whack, Yemi Alade and Beyoncé herself (among others). “I was grateful enough to be a part of it, but she also featured me on a song, which was a crazy experience,” Charles says. “I’m like, ‘I have a song with Beyoncé!'”

One month after “My Power” was released, Charles scored her then-biggest hit to date with this Grammy-nominated team-up. Charles says that Brown’s mixing engineer, Patrizio Pigliapoco, was the one who called her up: “I came down to Chris’ house and helped him write his portion and sent it back to Drake — and he loved it.” She knew the track was special when she found herself playing it on repeat. “I tend not to listen to the songs that I write because I’ve heard [them] so many times,” she says, “but ‘No Guidance’ was always in my playlists.” Her instincts were right, as the simmering R&B track broke the record for most weeks atop Billboard‘s R&B/Hip-Hop Airplay chart.

Charles says she “can’t really talk about” the details of writing for the two pop icons, saying only that the studio was “magic.” After growing up listening to Lady Gaga’s music, she adds, “the fact that I was allowed to help her push her vision is a dream come true.” Plus, having a number-one pop song under her belt is already opening more doors for Charles. “People perceive me as a hit songwriter, finally,” she says. “I’m able to have more leverage, more creative control, and really have more of a voice when it comes to me stepping into pop and other genre rooms.”