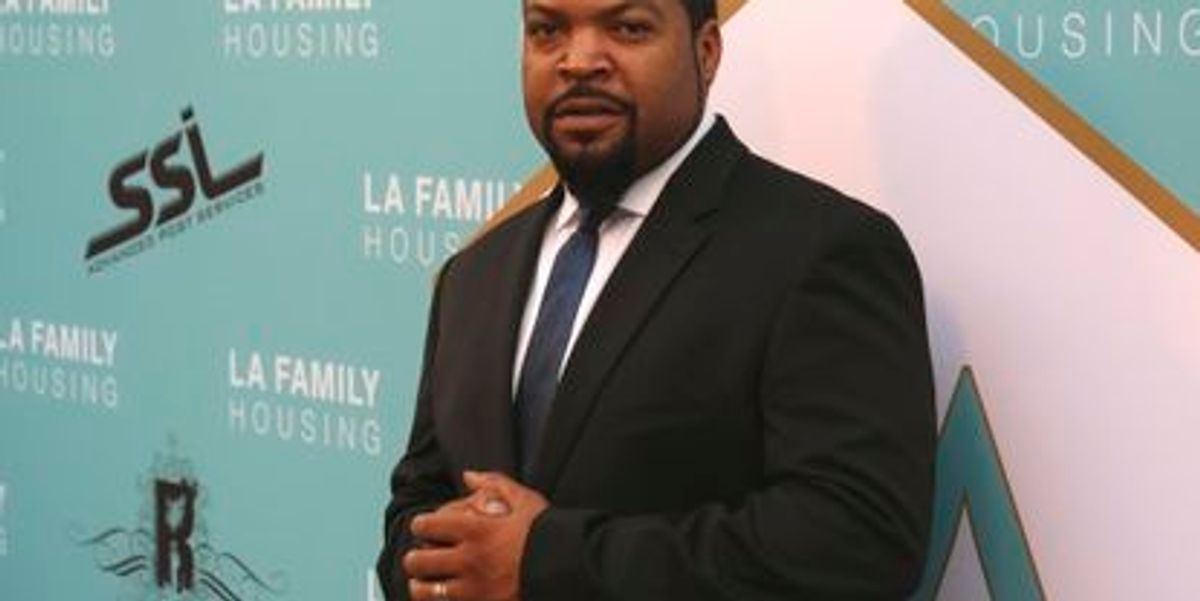 Ice Cube, like many Americans, is looking at the upcoming presidential election as a battle of the lesser of two evils.

On Wednesday President Trump’s Senior Advisor Katrina Peirson tweeted that rap legend Ice Cube is working with his administration to help develop The Platinum Plan. This proposal is a list of deliverables to the Black Community in the form of jobs, health care, and education.

Ice Cube soon put out a tweet of his own confirming that he had reached out to both the Democratic and Republican parties about discussing his Contract With Black America (CWBA). According to the 51-year-old rapper/actor/director, Democrats wanted to wait until after the election to talk about the CWBA. Trump’s campaign, on the other hand, made adjustments to their plan, and is presumably using it as a method to gain the Black vote.

Many on social media were left speechless. Why would one of the most vocal Trump detractors and pioneers of gangsta rap align himself with the genre’s biggest enemy?

Facts: I put out the CWBA. Both parties contacted me. Dems said we’ll address the CWBA after the election. Trump campaign made some adjustments to their plan after talking to us about the CWBA.
— Ice Cube (@icecube) October 14, 2020

The way the majority of Americans feel about our current president is no secret, and many feel former Vice President Joe Biden is in over his head. Ice Cube seems to have the mentality that whoever can get the job done is the person he’s willing to talk with and put his support behind. The problem with his flawed logic is that the person he’s talking to has struggled with something as simple as denouncing white supremacy.

News of Ice Cube’s “collaboration” with the Trump administration is shocking and heartbreaking, but it’s also part of a growing trend of rappers preaching semi-conservative rhetoric. Some of Hip-Hop’s elite have either come out in full support of President Trump or have said things in a tone congruent with his base.

But what is causing a culture rooted in anti-establishment ideas to suddenly become a vehicle for the GOP?

In some ways, this trend could be related to the fact that over the past few decades, Hip-Hop has transformed from a cool new trend created in the South Bronx to a billion-dollar industry. Accordingly, major rap acts have become rich beyond their wildest dreams. Some have even had the distinct honor of reaching billionaire status.

Simultaneously, Hip-Hop has always been about maintaining its connection to the streets. However, for some, the urge to “keep it real” becomes a liability when entering a higher tax bracket.

The acquisition of a certain level of wealth prompts rappers to partake in the same capitalistic system that has the genre’s primary audience at its mercy. They’re able to identify with the plight of the impoverished minority while simultaneously targeting them as a demographic who they can sell music, clothing, and alcohol. They will speak out against social injustice but will do business with infrastructures that act against the better interests of the people for whom they’re advocating.

Jay-Z is an example of someone who occupies the grey area between liberal expression and conservative ideals. Recognized as rap’s first billionaire, he and his wife, Beyoncé, are ever-present when it comes to aiding in the fight against oppression through their music and philanthropic efforts. But some of his recent comments have raised eyebrows.

In August of 2019, the NFL announced that it would be partnering with Jay-Z in an attempt to improve the league’s efforts towards social justice. Much like the response to Ice Cube’s dealings with Trump, the announcement was met with equal parts rage and confusion (from both sides).

Previously, Jay-Z was a supporter of Colin Kaepernick, whose silent protest against police brutality by taking a knee during the National Anthem saw him presumably blackballed from the NFL. When asked about the players’ protest during a press conference, Hov stated that he thinks we’re “past kneeling.”

In one fell swoop, Jay-Z joined forces with an organization that tried to stifle Kaepernick while undermining the sacrifices he’d made by putting his career on the line for a just cause. The partnership read more as an opportunity for Jay-Z’s Roc Nation imprint to offer up its roster for the Super Bowl Halftime show than a relationship dedicated to quelling the racial tension both on and off the field.

Of course, Jay-Z’s billionaire contemporary Kanye West has famously leaned in with his unwavering support of President Trump. For much of 2018, West was seen in an autographed MAGA cap, and assumed the role of Trump’s token African-American. Kanye served as the face of Trump’s Black supporters while spouting misinformed and dangerous takes on slavery and mental health.

Despite all of his ignorance, at least Kanye was more earnest with his praise for Trump. Purportedly, Kanye saw the commander-in-chief as a twin flame who shared his “dragon energy.” This “energy” that’s rooted in narcissism and delusion saw Kanye West visit the White House and mansplain how Hillary Clinton’s “I’m with Her” 2016 campaign slogan didn’t resonate with him.

In a surreal, cringe-worthy moment, Kanye stated how, as a boy who did not get to see his dad much, Clinton’s message didn’t make him feel empowered as a man. This level of male privilege is very much on-brand for avid Trump supporters who are men. Going against the country’s better interests in the form of misogyny has been one of this administration’s calling cards.

Kanye has since transformed from supporter to opponent. He is on the ballot as a candidate for President with Trump and Biden. Some feel that Kanye’s venture into politics is a ploy to sabatoge the election to split the vote in favor of a Trump re-election.

It would make sense for rappers who occupy the 1 percent to want to subscribe to conservative ideas that protect their wealth. But by doing, so rappers run the risk of alienating the foundation that helped them amass their fortune.

In its current state, the Republican Party is a faction dedicated to preserving the ideals that benefit the system of oppression that has occupied American for centuries. While Black people aren’t a monolith, supporting an administration that hasn’t had their diverse community’s overall interest at heart is a display of cognitive dissonance instead of a showcase of free-thinking.

So maybe Ice Cube’s intentions are good at their core. He sees his work with Trump as getting the job done without any emotional attachment. But what Cube and others like him fail to realize is that this comes at the expense of Hip-Hop’s credibility.