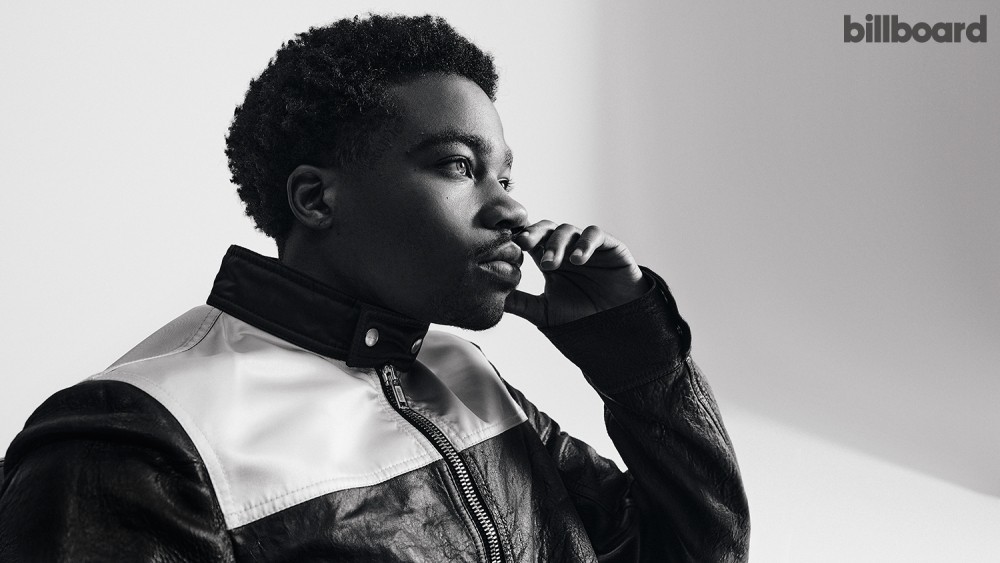 Roddy Ricch should be in a celebratory mood. It’s just days after the 21-year-old (born Rodrick Wayne Moore Jr.) won his first Grammy Award — for best rap performance, as a featured artist on Nipsey Hussle’s “Racks in the Middle” — which capped off an especially eventful couple of months. His defiant single “The Box” has now spent five weeks at No. 1 on the Billboard Hot 100, and his debut album, Please Excuse Me for Being Antisocial, topped the Billboard 200. But Ricch’s demeanor is stoic, and it’s not until I finish rattling off that list of accomplishments that he slowly opens up.

“I always tell people where I grew up,” he says of the Los Angeles neighborhood of Compton. “I went to sleep to two things: a mariachi band for a quinceañera or gunshots. I never want to go back to that, and I never want the people around me ever to have to go through that continuously. It’s so much bigger than a trophy. It’s like, ‘Yeah, we won, but what did we really win?’ ”

That brutal candor, which suffuses his unflinching lyrics, is one reason Ricch is the No. 2 most-played artist on YouTube so far in 2020. There’s no official music video out yet for “The Box,” but his storytelling seems like enough to power his streams: His daily views have reached as high as 11.5 million, with “The Box” accounting for over 197 million total on the platform (through its lyric, audio and fan-made videos).

Ricch has been using YouTube since he was an unsigned artist eager for a breakthrough. His first music video, for “Baby Boy” in 2017, depicted his strained relationship with his stepfather and was filmed in the heart of Compton. “Back then, we had such a naked mind,” recalls Ricch. “We were showing off our realities. Like, ‘This is what happened when I was 15.’ I couldn’t make this shit up. This is my real-life story.”

Dallas Martin, senior vp A&R at Atlantic Records, Ricch’s label, says Ricch’s impulse to show his everyday reality on film is the reason fans gravitated to his YouTube videos in those early days. “He’s so attached to his team and his hood,” explains Martin. “He always wanted to make sure he let everybody know how important where he came from was to him. [And] from ‘Every Season’ to ‘Die Young,’ we always wanted to put a video out for his fans to attach to. YouTube always has been that platform for us.”

Ricch’s second video, “Fucc It Up,” filmed in a rundown trap house, was his first to earn a million views. His next, 2018’s “Die Young” — a gut-wrenching tale that speaks to the fear of being shot and killed by the police — was seen 85 million times, peaked at No. 99 on the Hot 100 (his first solo record to debut on the chart) and earned him co-signs from Nipsey and Meek Mill. YouTube noticed, too: In November 2018, Ricch was featured in its Artist on the Rise program (spotlighting young acts on the service’s U.S. trending charts), and a year later, YouTube Music gave him billboards. “Compton, rap music and YouTube are lucky to have an artist explode on the scene like Roddy,” says Lyor Cohen, YouTube’s global head of music. “We feel so fortunate to be able to play a small part introducing him to fans around the world.”

Ricch promises a visual video for “The Box” soon, though even without it YouTube streams have helped him level up to much more established pop stars. The track zoomed to No. 13 on the Hot 100 on the chart dated Jan. 4, nearly a month after his album release. Two weeks later, it seemed primed for a showdown with Justin Bieber’s “Yummy” as the singer urged fans to stream his record on every platform — and Ricch, in fact, encouraged his own fans to do the same for Bieber. Yet in the end, “The Box” beat “Yummy” to No. 1. A week later, Ricch found himself in a similar position as Selena Gomez released her comeback album, Rare, and exhorted her fans to buy it. Again, Ricch advocated for his followers to support her — “I always have positive intentions,” he says. Rare did hit No. 1, but Please Excuse Me for Being Antisocial was just behind it.

For Ricch, these apparent streaming battles were no stress. By Feb. 4, Please Excuse Me for Being Antisocial was back at No. 1, unseating Eminem’s Music To Be Murdered By. And “The Box” continues to dominate on the Hot 100 and YouTube, where it has charted in over 30 countries.

“Roddy always has had a clear artistic vision,” says his manager, Moe Shalizi. “And YouTube has been an amazing partner that has helped us carry it out and deliver it to millions worldwide.”

This article originally appeared in the Feb. 15, 2020 issue of Billboard.