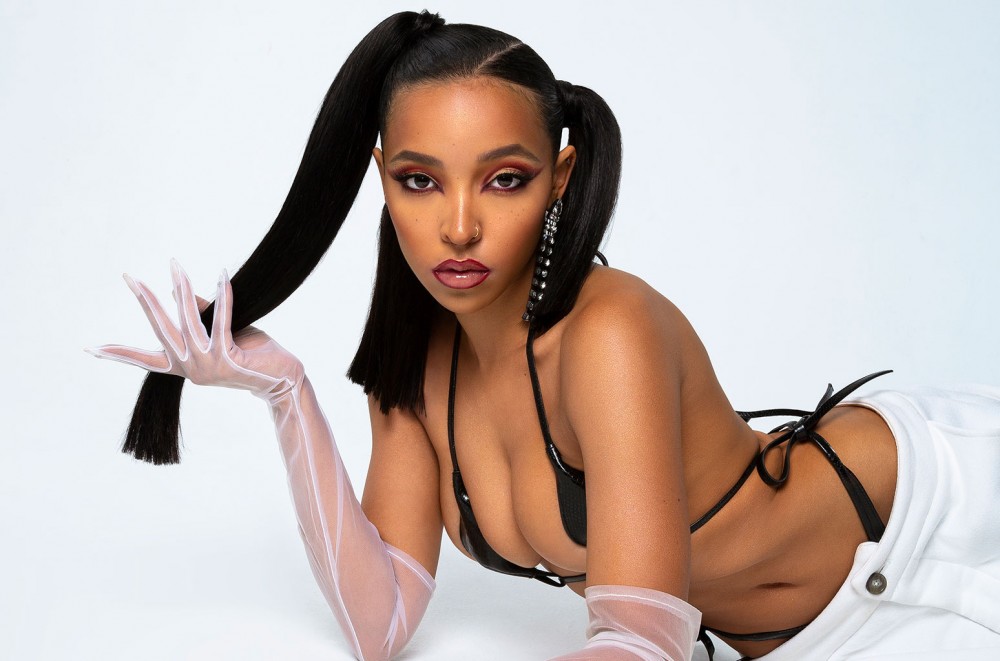 Billboard's On the Block series returned with another episode Tuesday (Feb. 11). This time around, Tinashe joined the program coming off the success of her independent Songs for You album to close out 2019. 'Nashe extended her NYC stay after dominating Fashion Week with an array of looks while hopping show to show.

One of the album's standouts finds Tinashe tangling with G-Eazy on the raunchy "So Much Better," which is being pushed as the latest single. The 27-year-old described the organic process of finally collaborating with Young Gerald after getting to know him over the years. "I felt like I was trying to walk the line between sexy and classy because the song is pretty graphic," she said. "I feel like we kind of came up around the same time in the game, so it was fun to collaborate on something."

With Tinashe's stylish wardrobe being a staple of her artistry — just check out her catsuit from over the weekend — the "2 On" singer explained how she uses fashion to tell stories just like we hear in her music. "Fashion has always been another way to tell a story and share my vision as an artist. It's fun to be able to play with different personas through fashion," Tinashe said. "The same way I can with different sounds and personas through my music."

Tinashe's Tour for You is slated to kick off April 20, with some dates already sold-out. This will be her first tour as an independent artist. She pointed to "creative differences" leading to her 2018 breakup with RCA Records. "At the beginning of the relationship, it works better," Nashe detailed. "As it goes on, I think there became a lot of creative differences, which then would affect my overall experience, mood and vibe. That would kind of affect the output of material. I think it was interesting once I was finally free, that I felt the freedom to make whatever I wanted."

Watch the entire episode above.