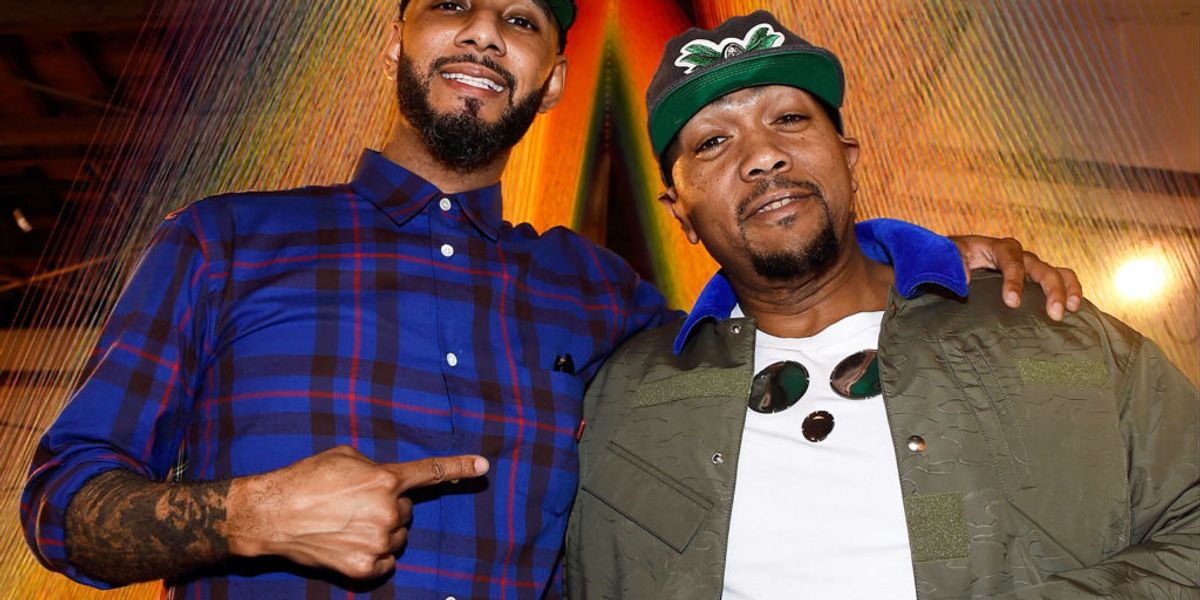 With the entire world stuck at home sheltering in place, musicians have had to resort to entertaining fans (and themselves) virtually.

While some entertained the weary masses in the form of TikTok videos and Instagram challenges, others went as far as performing concerts and DJ sets from the comfort of their homes. But it would be the platform created by super producers Swizz Beatz and Timbaland that would become the frontrunner in quarantine entertainment.

On March 24, Verzuz was born as a showdown between accomplished artists, songwriters, and producers playing their most popular songs against each other in the spirit of friendly competition. Instagram Live would act as the battleground for the clash of musical titans. Swizz and Timbaland would not only serve as the masterminds of the series but its inaugural battle participants.

Verzuz entertained its viewers in myriad ways. Those who tuned in got to hear the music that shaped their fondest memories while hearing stories behind some of their favorite artists’ biggest hits. It also became a place for artists to let their hair down and be their most candid while celebrating their love and mutual respect for one another.

Some battles were masterclasses in musicology, such as Johnta Austin vs. Ne-Yo and Alicia Keys vs. John Legend. Others were entertaining for reasons beyond music. Teddy Riley vs. Babyface and Nelly vs. Ludacris were plagued with technical difficulties. But abysmal sound quality and slow wifi connections didn’t drive down the entertainment value. These hiccups provided social media with memeable moments and provided much needed comic relief in a time of uncertainty.

But then Apple Music interfered. In July, Verzuz announced it would be joining forces with the streaming platform. Apple Music would simulcast with Instagram Live, providing a massive upgrade in video and sound quality. The lifting of quarantine restrictions allowed artists to be in the same space instead of conducting the battles at home. The face-to-face interaction was the missing ingredient from an already perfect recipe.

With interest at an all-time high and the partnership with Apple Music now in play, Verzuz looked set to maintain its popularity. But recent events indicate that might be wishful thinking.

In the beginning, Verzuz’s modest presentation was endearing. Seeing artists at home in a relaxed setting made viewers feel connected to them in a way they might not have before the pandemic. Now, the Apple Music format allows artists to be amongst one another; but, Instead of getting them at their most comfortable, viewers get the immaculately styled versions of artists that they’re accustomed to seeing. The high-level production has added to the presentation, but Verzuz has lost its organic appeal.

Another key selling point for Verzuz was that its participants were music legends. The artists who originally battled were influential to their genres and generations. Though the likes of Gladys Knight, Patti Labelle, and others have participated, there are so many more musicians who fit the criteria.

The collection of superstar artists that fans still want to see duke it out is still plentiful—but fans shouldn’t get their hopes up.

Though there are many artists left that would help Verzuz keep its cool factor, they won’t do it simply because they don’t want to. Fans have clamored for Missy Elliot, Mary J. Blige, Chris Brown, and others to do battle–with the artists flat out refusing. This past week Busta Rhymes laid down the gauntlet and challenged T.I. The Atlanta rapper declined Busta’s invitation to square off because of a perceived generational gap.

With fan favorite artists declining to partake and the likes of Jay-Z, Beyonce, and Drake being too big to be asked to take part, the list of possible guest stars that fans undoubtedly want to see is growing shorter and shorter. With the announcement of a season 2 coming soon, one can’t help but wonder if Verzuz can maintain its appeal.

Since launching back in March, Verzuz became a bright spot while being trapped at home. It allowed music lovers to be distracted from the chaos in the world while celebrating musicians and their contributions. However, Timbaland and Swizz Beatz have become victims of their own success.