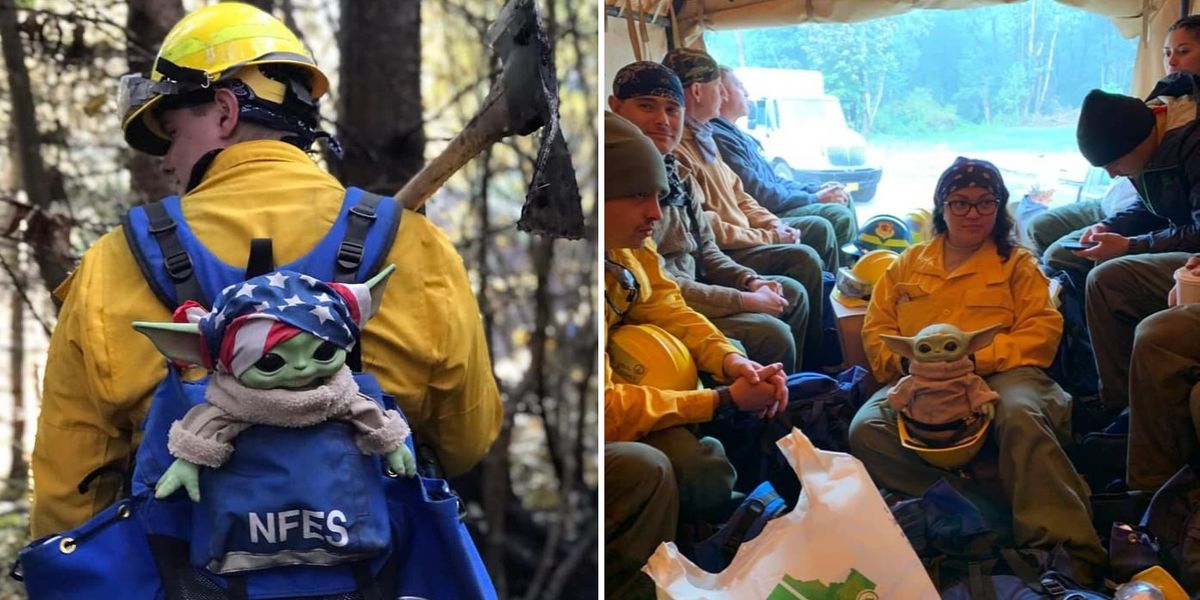 Sometime around April it had already become a cliche to note how awful 2020 is—as if the horrifying events taking over our lives could be contained by a calendar.

Now, nearly six months later, the final weeks of 2020 are closing in, and things just keep getting worse. There’s little indication that the future stretching past December will look any brighter…except for one story out of Oregon.

The state has been ravaged by a season of the worst wildfires on record all along the west coast, with firefighters working desperately to contain the blazes. Thankfully, their efforts were assisted by a recent stroke of luck as rain storms swept in, helping to quell the flames, clearing toxic smoke and ash from the air, and soaking the surrounding areas—which goes a long way toward slowing the fires’ spread. But was it actually just luck…or did the firefighters have help?

So-called “scientists,” “weather experts,” and “people who don’t subscribe to the Jedi religion” might say that western Oregon is one of the rainiest regions in the US. They would probably say that it was just a matter of time before the weather turned for the better.

But what those people don’t realize is that a couple weeks ago, a young boy from Scappoose, Oregon took matters into his own hands, or rather, into the tiny green hands of Baby Yoda.

When five-year-old Carver and his grandmother were shopping for supplies to send to the firefighters in Molalla and Colton, Oregon, he happened upon a “doll” of the popular character from the Disney+ show Star Wars: The Mandalorian and thought the firefighters could use some company.

His grandmother, Sasha Tinning, agreed, and helped Carver write a note to the firefighters, referring to the doll as “a friend for you, in case you get lonely.” As Tinning put it, “To have a little bit of sunshine during such a dark time, I think that’s really special,” adding that Baby Yoda “is also just cute as the dickens.”

While she’s undeniably correct (OMFG, look at his little chin!) those who seek to harm The Child—as “Baby Yoda” is officially known—should be warned that he is much more than just an adorable face. Behind those enormous, trusting eyes lies the unfathomable power of The Force.

Already, at the tender age of about 50, Baby Yoda can use his powers to lift a raging adult Mudhorn off the ground. He is tapped into the energy that binds the universe. He’s so powerful, he can wear an American flag bandana without looking like an assh**e.

With that kind of power, the ability to turn oneself from a mass-produced doll into flesh-and-blood space wizard is trivial. Which is why there is now a Facebook group with more than 20,000 members, devoted entirely to documenting Baby Yoda’s participation in the fight against the wildfires.

Is he really overseeing supply lists, taking people’s temperatures, and piloting helicopters? Does that make any less sense than a bunch of exhausted, overworked adults taking time out of their busy schedules to pose with a doll for some silly pictures? Would they really do that just to provide the world some amusement in a dark time?

In either case, there is clearly an incredibly powerful force of goodness and light at work here. Maybe it’s not enough to change the weather, but it’s enough to make this year feel a little less bleak. And now that force has made its way to Colorado to aid in fighting fires west of Denver.

So, even though Baby Yoda has sadly missed the deadline to run for President in the 2020 election, thanks to one thoughtful boy, he is still helping to save the world.

And to cynics who want to point out that—with season two of The Mandalorian set to premiere next month—all these positive vibes around a Baby Yoda doll are giving our Disney overlords even more license to print money… Just shut up and let us have this or Baby Yoda will choke you out.