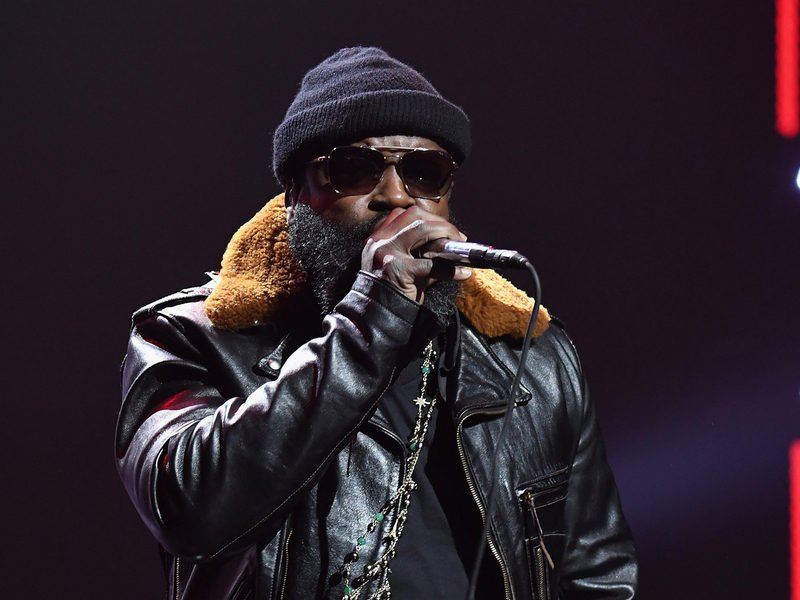 Brooklyn, NY – Rapsody made a stop at Elsewhere in Brooklyn on Thursday night (February 6) as part of her A Black Woman Made This Tour. But fans got more than they bargained for when inimitable Roots MC Black Thought pulled up and lit the stage on fire with an impromptu freestyle.

As Rap was finishing  up “OPRAH” from her perfectly 5.0-rated EVE album, Black Thought stepped on stage rocking sunglasses, a beanie and full length winter coat and proceeded to deliver nothing but heat.

“What’s a fly coon to a tycoon,” he begins. “I represent from midnight to high noon/I just pulled up, out the side room/To let you know it’s time to turn up, like the volume/Yo Rap’, we got the band back together, listen/I’m the man, no one can do it better, listen.

“And I am, Black, as ugly as ever, listen/It’s a difference when you makin’ more than seven figures/I just tell ’em ‘jump!’/Machine gun pump /The sawed-off shotgun, hand on the pump/Impeach an MC just like Trump/Soldier Fortune magazine man of the month.”

But Black Thought wasn’t done there — he simply kept going like some kind of Hip Hop Energizer Bunny.

“The man on the moon,” he continued. “These Tony Clifton-ass MCs, they got jokes, but I am un-amused/I send a message to my goons with the broom/Get your pieces swept up by the doctors of doom/Listen, it’s the elephant in the room/Created by a collision of the sun and the moon/My sonogram was the image of a gun in the womb/That’s soon, to be opened, and the heroin and the spoon

“Astonishing/Ayo, my future lookin’ promising/My skin tone that a crystal clear onyx is/My thoughts let the beats break like the Amishes/A stroke of genius like Mickalene Thomas is/Hip-Hoppin’, body-rockin’, do-what-it-do/We be the living definition of improving the groove/I use the same tools to shoot that Kubrick use.”

“If you really ain’t nobody ’til somebody love you,” he rapped. “I say you ain’t nobody ’til they speaking highly of you/And Rap’, what they don’t want is any kind of trouble/Unless you got a crash dummy or a body double/You got a couple homies that’ll catch a hommie for you?/Well, I’ma fold niggas, into origami for you/The most notorious/Poet laureate.”

Black Thought and Rapsody have teamed up several times. In 2017, they released “Nobody” and followed up with “Dostoyevsky” in 2018.

The Black Woman Created This Tour picks up on February 9 in New Haven, Connecticut. Earlier this month, Rhymesayers MC Sa-Roc announced she was joining the tour and will serve as direct support until the run wraps up on March 13 in Raleigh, North Carolina.

Check out the dates below.